&bull; One common explanation of the recent low slaughter numbers is that death losses from the PED virus (porcine epidemic diarrhea) has reduced the market herd much more than had previously been thought.&bull; However, there are other explanations that need to be considered. 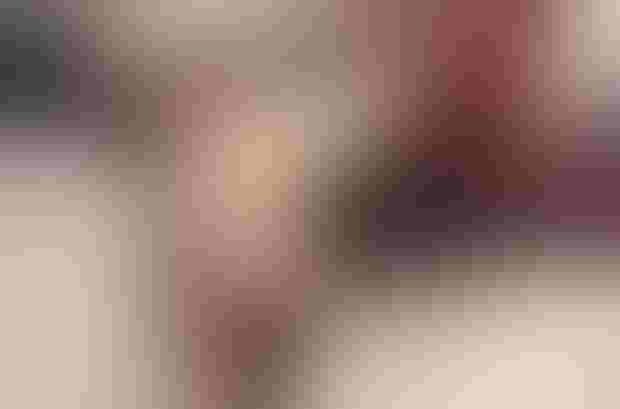 Yet slaughter in recent weeks has been very low, seemingly indicating a divergence from the USDA reading. Low slaughter numbers have been the primary driver of higher lean hog futures and seasonally strong cash prices.

One common explanation of the recent low slaughter numbers is that death losses from the PED virus (porcine epidemic diarrhea) has reduced the market herd much more than had previously been thought. If that is true, hog prices could strengthen further with limited supplies this fall and winter.

However, there are other explanations that need to be considered.

How big is the reduction in recent slaughter supply? Since the middle of August, weekly slaughter rates have been down from three to 10 percent. For the last seven weeks, spanning mid-August through the end of September, slaughter has been down in aggregate by over five percent.

Given the low slaughter numbers, cash prices of hogs have been sharply higher than in the same period in 2012 when they averaged $55 per live hundredweight. With sharply lower slaughter this year they have averaged about $68 since mid-August. Lean hog futures have also increased about $4 to $5 over the same period.

The impact on hog numbers from the PED virus remains a mystery. There is no accurate national accounting of death losses from the disease. Pork producers and packers have suggested a one to two percent reduction in slaughter supplies this fall and winter. In addition, it had been felt that the lower slaughter numbers would not start to show up until the fall.

So, what other explanation is there for the very low slaughter numbers over the past seven weeks?

One involves the very nature of the way the industry evaluates numbers, and that is by comparing this year’s slaughter to the slaughter for the same period one year ago. When numbers viewed in this manner appear unusual, it can be because of aberrations this year, but also due to aberrations in the numbers a year ago.

What is being viewed as a very low slaughter level this year, may be due to an aberration in the slaughter numbers a year ago. The unusually high slaughter in the late-summer of 2012 was being driven by the drought and the impact on hog slaughter numbers.

The 2012 drought rapidly pushed corn and meal prices to peaks in August and September of 2012. Record high feed prices and large anticipated losses provided a grave outlook for the industry and some began to adjust.

Sow slaughter rose as some producers tried to quickly reduce their herd size and others decided to exit the industry.

Secondly, producers began to advance shipments of market hogs to reduce losses on every pound being produced. Marketing weights prior to the drought had been running nearly two percent higher. Those began dropping in August, eventually reaching about two percent lower by the fall of 2012.

As a result, slaughter was up over five percent from mid-August through September of 2012.

This year, the outlook is almost opposite. Feed prices (especially corn) have been falling sharply. The hog outlook is profitable and producers are more likely to be retaining or building the breeding herd and weights are expected to increase as producers hold onto market hogs longer to gain profits on every pound.

To the extent recent low slaughter numbers are explained by the unusual economic conditions in the late-summer of 2012 compared to this year, USDA’s recent inventory numbers may not be so far off.

Those show that the breeding herd is only fractionally larger than a year-ago. This would be consistent with an industry which has not yet had time to expand the herd. Expansion of one to two percent can be expected to be revealed in the December and March 2014 inventory counts. USDA’s inventory count did show that market hogs of 180 pounds or higher were down four percent.

This is reasonably consistent with the five percent lower slaughter supplies that have recently been experienced.

In addition, preliminary data suggest that sow slaughter during the most recent seven weeks is down over 20 percent from the same period in 2012 when drought panic greatly influenced behavior.

The higher than expected USDA numbers cannot be dismissed as unrealistic. While there is no national report detailing the losses from the PED virus, the best information the market has is the USDA inventory counts in the Hogs and Pigs report.

USDA has a near-census of large operations that are accounted for and surveyed over 7,500 producers for the current report. The USDA inventory count suggests that the recent low slaughter rate will give way to about unchanged slaughter in late October and then about one percent higher slaughter numbers in November and December.

For 2014, slaughter numbers should be up about one percent in the first quarter and then move two to three percent higher in the spring and summer. Weights should be higher as well.

Lower feed costs are the most important part of the profitable outlook over the next 12 months. Eastern Corn Belt prices on a live basis are expected to average in the mid-$60 in the final quarter of this year and first quarter of 2014.

Then spring and summer prices are expected to move into the mid-to-higher $60s. Costs are estimated to be about $57. This will provide expected profits of over $20 per head. These profits will roughly offset similar losses that were experienced due to the drought of 2012.

Ultimately it will take the next several months for the market to sort out the impacts of the PED virus. Meanwhile, the USDA numbers cast a less optimistic tone to prices.

Here's an updated look at the peanut market