&bull; Despite its well-documented economic value and historic place in U.S. agricultural production, some contend the country&rsquo;s livestock industry is rapidly being replaced by off-shore operations that are quick to tap into the meat needs of U.S. consumers. 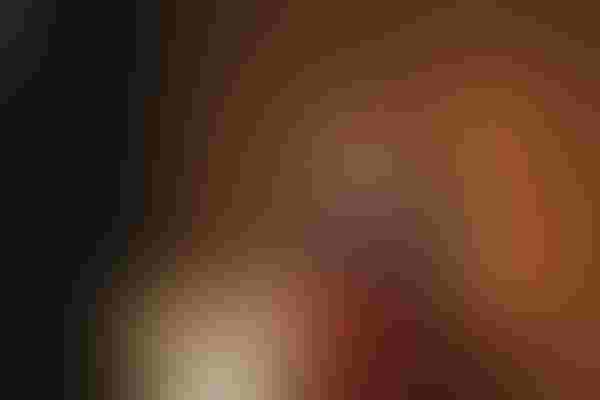 This little piggy went to China, this little chick went to Japan, and along with them went nearly 60 percent of the 3.1 billion bushels of soybeans grown in the U.S. last year.

For livestock rich and grain poor Southeastern states continuation of this trend could have serious long-term effects on rural economies fueled by animal agriculture.

Relative low value of the U.S. dollar, and high demand for soy meal for livestock feed, especially in China, has created a rise in exports of U.S. grown soybeans.

While a short-term boon for U.S. soybean growers, some are concerned about the long-range implications for the U.S. livestock industry.

Despite its well-documented economic value and historic place in U.S. agricultural production, some contend the country’s livestock industry is rapidly being replaced by off-shore operations that are quick to tap into the meat needs of U.S. consumers.

A recent USDA report compiled by Ken Mathews and Rachel Johnson documents that U.S. cattle herds are at their lowest level since 1952. In 2008, the latest peak year for beef, production was 26.5 billion pounds, but of this total, more than 1.5 billion pounds came from Canada and Mexico.

Of bigger concern than the current use of U.S. grown soybeans is the future demand of the growing middle classes in Asia, especially in China.

If current soy meal use trends for livestock continue on the current 10-year growth line, over the next 10 years, China alone will have to increase soybean imports by 21 million bushels just to remain at their current feeding levels. Some industry experts contend the demand will be closer to 40 million bushels.

Despite the gloomy long-term predictions for U.S. animal agriculture, the numbers indicate the industry is doing just fine right now.

Of the seven Southeastern states (Alabama, Florida, Georgia, South Carolina, North Carolina, Virginia and Kentucky) only Florida and Virginia lost in dollar value of their respective industries over the past decade.

Combined Virginia and Florida lost about $900 million in value since 2001. Ironically, these two states are in the top 10 nationally in terms of acres of farmland lost.

More ironically, considering the dramatic growth of the state’s livestock industry, North Carolina loses more farmland annually than any other state in the country.

The question is what would it cost Americans to lose a big component of their livestock industry.

Speaking at the recent Commodity Classic, Iowa hog farmer Tom Vincent speculated what it would mean to his way of life and to the community in which he lives.

Vincent worked in the banking industry for 22 years to build his family hog and grain farm big enough to support his family. “It was, and is, a dream of mine to be able to make a living farming and to build a farming enterprise I can leave for my children to enjoy,” Vincent said.

He grows about a thousand acres of corn and soybeans and runs a 6,500 hog finishing operation.

In looking at the long-term stability of the hog business in Eastern Iowa, Vincent said some interesting and potentially dangerous parallels can be drawn from what is happening to the swine industry in the United Kingdom

Speaking at the same program, Andre’ Williamson, Senior Consultant on Latin American Market Analysis, Agrolytica, , says comparing the loss of the swine industry to the U.S. would be a near catastrophic loss to the U.S. industry—not just our livestock industry.

Williamson points out that the U.S. livestock industry is the largest in the world. Currently, U.S. producers are the world’s largest exporters of turkey and eggs, second in pork and chicken, and third in beef.

“We export twice as much livestock products as we import. Our net export/import profit is almost $11 billion,” Williamson noted.

“In the U.K. in 1999 a government regulation was enacted to improve animal welfare and this one piece of legislation drove swine production cost so high that within five years the number of animals drove by 40 percent and cost the industry $400-700 million.

“If you convert these losses in the U.K. to the much larger U.S. industry, the losses would be on the order of $6 billion,” Williamson added.

“The driving force behind these legislative changes was consumer demand for safer pork products. The end result was putting more than 600 swine producers out of business — and to no good gain for consumers.”

“The end result of loss of domestic production was a big increase in pork imports into the U.K. Needless to say, a high percentage of imports were not subjected to the same regulations as those put in place in the U.K.

“So, consumers ended up paying more for pork and getting a significantly higher risk of human health problems than they previously had from domestic production.”

In the U.S., similar regulations were passed on the state level in Colorado. Within a year hog numbers dropped by 20 percent and pork production dropped by nearly 50 percent after these laws were passed.

In Colorado from 2000 to 2010, the value of the state’s swine industry dropped by nearly $600 million. Where did the loss of production go? It went south to New Mexico, where livestock value jumped by more than a billion dollars in the same time period.

Similar restrictive legislation in Florida, Virginia and Arkansas has cost these states an estimated $1.5 billion in lost value of their collective livestock industries over the past 10 years.

Williamson says similar changes in regulations that restrict the use of sub-therapeutics in Europe would cost the U.S. industry billions of dollars — just one change in production created by well-meaning, but misinformed politicians.

The American Animal Health Institute estimates that adding regulations on sub-therapeutic use similar to those imposed in Denmark and other European countries would force U.S. producers to raise 452 million chickens, 23 million cattle and 12 million hogs — just to maintain current levels of production.

Williamson added that changes in government regulations on labor may have similar negative impacts on the U.S. livestock industry. Recent passage of strict immigration laws in several Southern states is already impacting the ability of livestock producers to compete with other industries for labor.

Government sanctions and regulations aren’t doing much for the livestock industry, especially for pork and beef producers. Over the course of the past year, the government of Taiwan has increased inspections of U.S. beef and pork products.

The beef and pork industry notes that these inspections are not based on scientific data or standards and, if allowed to continue, may diminish consumer perception of U.S. beef and pork products in a key export market.

North Carolina Congressman Mike McIntyre is leading a charge that would help pork and beef in the Tar Heel state.

McIntyre joined a bipartisan group of members of the House of Representatives in a letter to U.S. Trade Representative Ron Kirk and U.S. Ag Secretary Tom Vilsack to express strong concerns regarding the non-science-based restrictions that Taiwan has placed on beef and pork imports from the U.S.

The stakes are high, both Vincent and Williamson contend. In jobs alone, the U.S. livestock industry grew more than 100,000 jobs during the recent recession, bucking the loss of employment trend of most other U.S. industries.

(Even though there are troubles in the livestock industry, there are those making changes that will help them weather the storm. For instance, a Kentucky cattleman has figured out how to save on feed costs by stretching his grazing season through the winter. To see how he's doing that, visit http://southeastfarmpress.com/livestock/kentucky-cattleman-grazes-herd-straight-through-winter. Feeding dairy steers might be another profit source. For that information, see http://southeastfarmpress.com/livestock/feeding-dairy-steers-can-be-profit-center).