&bull; By 2002, to make a long story short, he had to sell out.&bull; Simply put, Waylan called his sons&rsquo; bluff. And after the initial &ldquo;What the heck did you do?&rdquo; passed, the boys were on board and the partnership formed, and the Hitchcock family farm rides again. 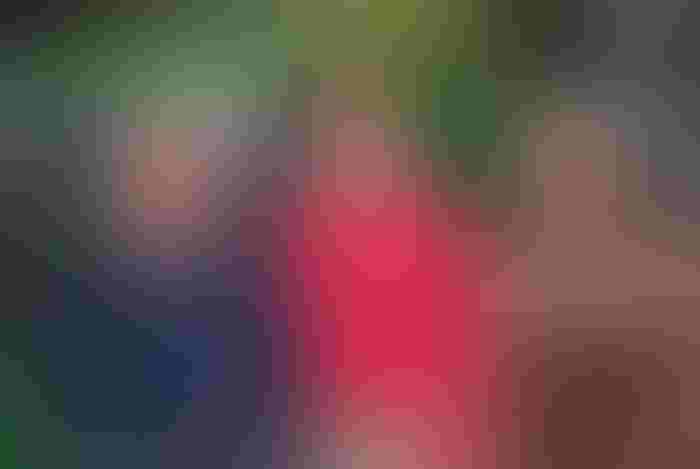 <p> WAYLAN, James and Jonathan Hitchcock farm now in partnership on their land outside Tennille, Ga. James is the brains, Jonathan&rsquo;s the muscle, and nothing is final until Waylan says so.</p>

Waylan Hitchcock’s granddaddy H.I. “Peanut” Elton told him things, specific things like how to judge cattle with dead-eye specifics, the accurate land boundaries in the county and how to tell good dirt from bad and what to do with it.

But most important, he taught him to one way or the other, keep going.

“Whenever he was going to do something, going to an equipment sale or other sales, he took me with him and taught me how to do things and showed me a lot,” Hitchcock said, standing in his barn just outside Tennille, Ga., a barn he constructed around Peanut’s old mule cribs, which were built in 1922.

“So, when I was growing up there were really only two things I kind of wanted: a farm and to have some sons to drag along behind me to show things to,” said Hitchcock, 57.

He got both, the sons (a daughter, too) and the family farm. But it was no straight-arrow shot. The path was as curvy, and as dangerous, as the Washington County backroads that wriggle around the family’s land.

In 1973, taking what he learned from Peanut and his father, J.W. Hitchcock, who ran a store and had some farmland, Hitchcock set out on his own, renting 100 acres from Peanut. “And I just grew from there buying or renting more land,” Hitchcock said.

He married Marie. The farm grew and so did his family. “In my mind with the family, I felt to keep going I needed to keep getting bigger,” he said.

By 1979, he was working more than 1,000 head of cattle and a couple thousand acres of land. “I was a workaholic,” Hitchcock said. “Looking back, already at that time I was doing too much.”

But the riverboat gambler, he admits, started to come out in him.

By the mid-1990s, Hitchcock bet on going even bigger with his operation and was up to 5,000 acres of row crops and still had a large cattle herd. He had invested in irrigation and other improvements for the farm. He was rolling big, leveraged to the hilt and then things started to turn badly. … And the riverboat gambler’s cards got harder to play.

By the mid-1990s, his children, James, Jonathan and Jennifer, were older (James, the oldest, close to graduating high school with plans of parlaying his whiz-kid SAT score into an engineering degree).

Hitchcock stretched himself farther out on to a thin financial limb … and it snapped from underneath him, a tough combination of the weight of the operation, coupled with some tough circumstances.

Adverse weather in 1997 crippled crops and pastures in Georgia, commodity prices tanked and he got a hold of some bad cottonseed that made a stand, but failed to make good cotton, he said.

At its best, Hitchcock’s operation was grossing a couple million a year. By the late 1990s, he was losing and the interest on his loans, the ones he got to start rolling big, “just started to eat me up,” Hitchcock said.

By 2002, to make a long story short, he had to sell out. He owed money. He went to the bank with three plans of action to get things right. “When I went in, they said ‘You’re just bound and determined to beat us,’” he said. “That kind of made me mad. No, I was just trying to figure a way to get the bills paid.”

He’s paid them, still paying a few to this day. It took longer than some wanted to get their money.

He opened an auction barn and had weekly sales, including horses, cows and goats, along with starting a feed store. The heartache was high but profitable. At one point, buyers from all over the South were coming to him to buy thousands of goats a month.

He also started a scrap metal business, doing work all over Georgia. It too became profitable, but long days and extreme manual labor were the keys. And the sale barn soon became a scrap yard, looking a lot like something from the old TV show “Sanford and Son.”

At this time, it was clear James didn’t want the academic life and wanted to farm. Jonathan, too. They were both helping to manage a local farm. But the boys were a little gun shy on getting started out on their own. Hitchcock saw this and thought again of the family farm he wanted. And in 2008, he saw the group of Chinese standing in the field.

For several years, a Chinese-based group was investing in acreage in and around Washington County. Three years ago, Hitchcock drove by and saw them eyeing a field he used to own, 475 acres he had to sell when the table turned on his farming operation. “And that dirt was some of the best I had. Some of the best within 25 miles of here,” he said.

He knew the real estate agent talking with the group, and Hitchcock had a “[email protected]#$-or-get-off-the-pot” moment. He called the agent that day and told him he wanted to buy the field, but the agent was set to make the deal the next day with the Chinese group.

“I told him I wasn’t talking about the next day or tomorrow. I was talking about today,” Hitchcock said and to prove it he immediately sent $50,000 to the lawyer who could start the deal. He closed on the land a few months later.

“The scrap metal was making good money and I wanted the boys to come in and work it with me. It would have made them some good money, too. But they didn’t want that. They wanted to farm, and I’d been after them to get some money and get some land and start really doing it,” he said.

Simply put, Waylan called his sons’ bluff. And after the initial “What the heck did you do?” passed, the boys were on board and the partnership formed, and the Hitchcock family farm rides again.

Hitchcock knew his children could farm and make good decisions, something they’ve had from a very early age. Example, Waylan had James at age six harrowing fields “as good as I could,” he said. James was ‘supervised’ as he ran the tractor, but not near as supervised as his mother would have liked. Hitchcock chuckles about that.

James is now a young leader in Georgia agriculture, much involved in the Georgia Farm Bureau Young Farmer organization and many others, including being named the Georgia Peanut Commission Young Peanut Farmer of the Year this year.

“All my children are smart and not one of them is scared to work hard for something,” Waylan said.

James is the brains. Jonathan, point to his bicep, is the muscle. Waylan, well, he’s the wise sounding board ideas are thrown at. He’s been there and done it.

“I’ll admit that if he hadn’t bought that land like he did, or went ahead and did it like he did, we probably wouldn’t be here like we are now,” James said.

Waylan’s sale barn is now an equipment shed for the farm. And he is out of the scrap metal business, too … kind of sort of. (You gotta keep options open.)

It’s enough for the whole family. They don’t want to go shooting for too big too soon and the gradual increase in recent years has suited everyone, especially James, who admits he isn’t a riverboat gambler and much more prone to studying a decision well before stomping both feet in.

Except for stellar farmhand, Keith, the family work it all by themselves. Waylan’s daughter, Jennifer, is 28 now and on the farm team. Jonathan is 30 and so is his wife, Bridget, who works on the farm and can drive a tractor as good as any of them. She’s expecting her and Jonathan’s first child. James is 34 and is married to Brooke, 28, and they have two young kids, Moriah and J.W.