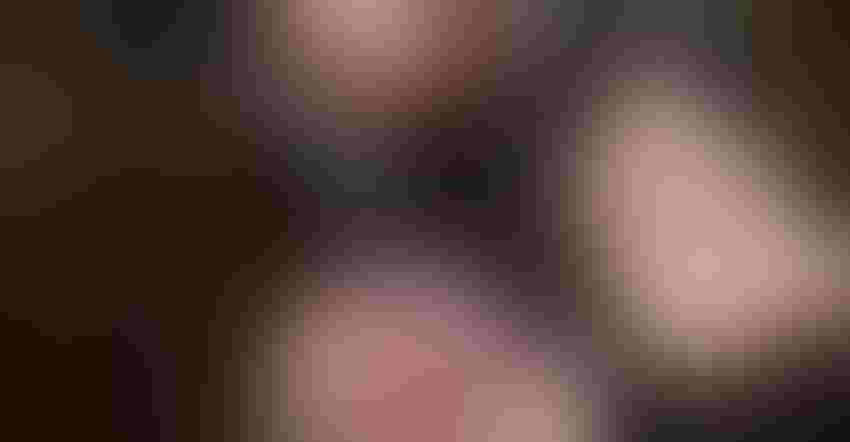 MORE THAN STEAK: While juicy steaks bring solid returns, there's more to an animal than prime cuts. The byproducts — hearts, livers, tongues — can be solid earners for many, and this is bolstering the fed cattle price. Oksana_S/Getty Images

Byproduct values supported cattle prices throughout 2021. That strength seems likely to persist into 2022.

The aggregate value of byproducts is referred to as the “drop value,” or drop credit, and often simply the drop. The drop reflects the wholesale value packers receive from the animal’s byproducts that “drop” off the carcass when an animal is harvested for beef. Those items include hides, edible offal and inedible offal. Variety meats are a subcategory of edible offal.

USDA Market News Service releases a weekly report on cow byproduct values (NW_LS444). A steer byproduct report (NW_LS441) is released daily. USDA’s Weekly National Carlot Meat Report consolidates several reports, including the cow and steer byproduct reports. Values are reported on a basis of dollars per live hundredweight (cwt). A dressed equivalent basis is also reported, with 47% being assumed for cows and 63% for steers. Furthermore, the report notes that a typical slaughter steer weighs 1,400 pounds and slaughter cow weighs 1,100 pounds, so a drop value per head can be calculated. Cattle weights have changed over time, so any dollar-per-head figure is best used for contemporary comparisons.

In mid-2020 drop values began building in relative value to their respective live cattle prices. For instance, in October 2021 the steer drop value was 13.1% of the 5-Area weighted average live negotiated steer price for all quality grades. It’s been above 12% since August 2021 and above 10% since May 2021.

Observing prices for separate items provides insight into the value of byproducts for U.S. packers and renderers. Year-over-year strength in the steer drop value has been mostly attributable to tripe (up 48% to up 473%, depending on the product), livers (up 267%), tongues (up 143%), oxtail (up 112%), edible tallow (up 108%), and inedible tallow (up 85%), along with several other items included in the byproduct total. These include cheek meat, head meat, hearts and lips. Edible tallow is largely exported for cooking in other countries. Inedible tallow is used mostly for industrial purposes like biodiesel. The largest component of steer byproduct value is the hide. But steer hide values are only even with a year ago after showing strength during the spring and summer.

The sharp jump in cow byproduct value is due to hikes in inedible tallow (up 124%) and tongues (up 83%). The growing biofuels market is boosting demand for key feedstocks, with vegetable oils and fats seeing some of the sharpest inflation of all agricultural commodities. The price rally for these raw ingredients is seemingly showing no signals of slowing in the near-term.

Most byproduct items depend on foreign markets. Many internal organs, like the liver, have more robust demand by foreign consumers than they do by the U.S. population. Beef variety meats alone account for more than 20% of the volume of U.S. beef muscle-cut and variety-meat exports and over 10% of the value.

Consumers think retail beef is plenty pricy. But retail beef prices are actually lower than they would be without byproduct sales, because the processing costs to wholesalers of the entire animal are spread across both muscle cuts and byproducts.

Efficiency gains from technological advances have lowered the costs to recover byproducts, enabling packers and renderers to sell more byproducts at potentially lower prices. It is true that technologies now exist for producing synthetic materials that could replace, or compete against, byproducts. But supply chain challenges for raw materials, and new or growing demand for some byproducts have been supportive.

Estimates of byproduct production are not readily available. Cattle produce byproducts in nearly fixed proportions. However, availability and production do not necessarily equate. Byproducts collected from cattle can vary from animal to animal, packer to packer, as well as over time. Packers seek to capture the highest possible profit from every possible piece of the animals that they process. Rib-eyes, ground beef, a steer hide and a beef liver all contribute to profit.

Packing plant operational capacity is highly influenced by the supply of labor. The COVID-19 pandemic, plus measures to recover, exacerbated longstanding labor shortages in processing plants. Labor shortages have both upstream and downstream effects. Even if plants have enough labor to operate harvest floors, many are short of labor on boning lines and in byproduct capture operations. Bottlenecks may divert some byproducts to the rendering plant that would have higher values in other forms.

Many smaller processors have sufficient access to rendering services and can earn some byproduct revenue — primarily for hides. But for many others, the drop is a liability rather than a revenue source. Some may not collect enough volume each week to offset what the renderer charges for pickup. Others may be in an area with limited access to rendering. In 2020, 65% of the federally-inspected cattle plants slaughtered between 1 and 999 head annually, and 22% slaughtered between 1,000 and 9,999 head annually. This equates to roughly an average of eight head and 45 head per week, respectively, assuming 51 slaughter weeks per year.

Furthermore, small, fee-for-service processors — i.e., custom-exempt plants — sell processing services, not muscle cuts and byproducts. They cannot cover their processing costs with drop revenue because the drop either generates little or no revenue, or is a cost.