Crop pests such as black cutworm and true armyworm moths are active in Iowa. 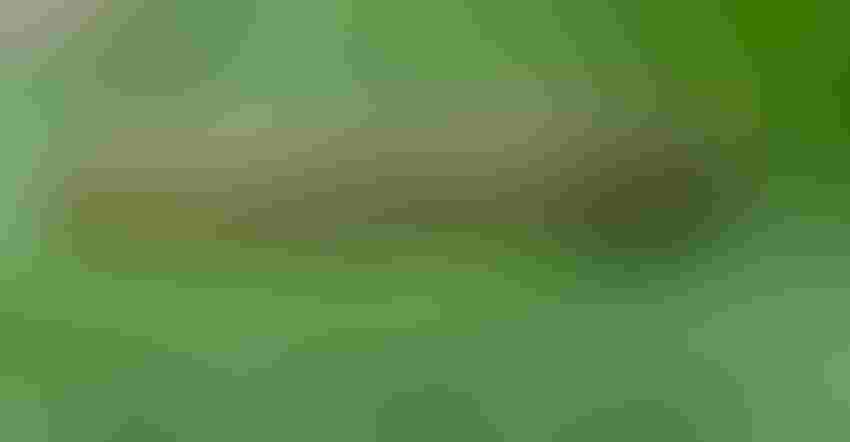 How do fluctuating temperatures affect survival of crop insect pests? That’s a good question this spring. The weather this year has been quite variable across Iowa — several warm days followed by a cold, snowy week in April is just one example of the dramatic changes in air temperatures the state has experienced.

Each winter, Iowa State University Extension entomologists receive the question: “Will insect pests be worse or better than normal this year?” And cold snaps during the spring cause people to wonder, “Do fluctuating temperatures affect pest populations?” The short answer: It depends, but probably not. That’s how ISU Extension entomologists Erin Hodgson and Ashley Dean are explaining the prospects for 2020.

“Warmer winters are likely to increase survival because insects will not be exposed to lethal temperatures,” Hodgson says. “However, if insects resume activity during unseasonably warm spring weather when temperatures are fluctuating, they may deplete their energy reserves before their host is available. Usually, insects have ways to protect themselves from this, which typically include emerging in response to some other stimulus instead of temperature. Insects in the soil are unlikely to experience lethal temperatures in any year, but mild winters could result in repeated freeze-thaw cycles that can reduce their survival.”

If temperatures are not low enough to cause mortality, exposure to cold temperatures has sublethal effects such as reduced growth, development and reproductive potential. Repeated cold exposures can increase survival relative to sustained cold temperatures for most insects, but this is highly dependent on duration and temperature, Hodgson says.

Once development resumes in the spring, exposure to temperatures below 50 degrees F can cause insects to enter a chill coma, where development and movement cease until favorable conditions resume. They can experience injury during this time, the extent of which depends on the duration and the temperature.

Typically, diapause is terminated sometime midwinter, and insects remain in a dormant state until favorable conditions arise. “It’s important to remember that insects do not emerge from overwintering all at once; therefore, some individuals of a species were likely still be dormant during the recent cold snap.”

Even if conditions are likely to cause mortality within a particular species, some individuals will survive and infest crops, she adds. “Even in years when winter mortality is high, pest species can increase their populations rapidly in the summer if conditions are favorable. We expect most insects were able to survive the 2019-20 winter weather and likely survived the recent cold snap as well.”

Mild winter favors bean leaf beetle survival
Bean leaf beetle adults are susceptible to cold weather and most die when air temperatures fall below 14 degrees; however, the pest has since adapted to winter by protecting themselves under plant debris and loose soil and emerging to available hosts in the spring. Check out this article for more bean leaf beetle information and tips for scouting soybean fields.

Iowa Moth Trapping Network update: Week 3
Moth trapping in Iowa is underway. Each year, fields are monitored for crop pests to guide scouting activities in Iowa. In 2020, the moth trapping network includes black cutworm (BCW) and true armyworm TAW. Both of these pests are migratory, making it difficult to predict where populations will establish year to year. Tracking peak flights is how we can predict the pressure of these pests.

Iowa Youth Crop Scouting Competition registration open
The annual Iowa Youth Crop Scouting Competition will be July 30 at the Field Extension Education Laboratory in Boone at 1928 240th St. Here, middle school and high school students from Iowa will have the chance to put their crop scouting skills to the test, competing against other teams across the state while learning about IPM principles, concepts and techniques. Be sure to register for the event by July 1.