Crop Chronicles: The brothers are already planning upgrades for their 2020 crop. 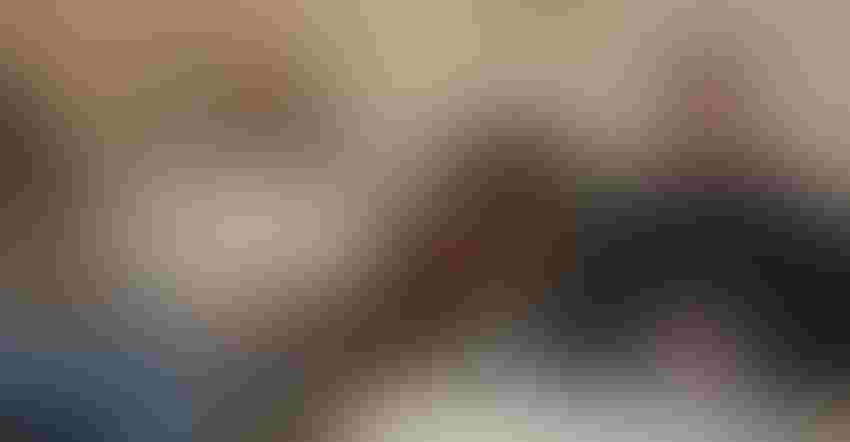 HOPEFUL FOR PROFITS: Bryan (left) and Chris Harnish went into their first hemp growing season with low expectations. Now that the crop has been harvested, they’re hoping to cash in. Chris Torres

The last hemp plants of the 2019 growing season are drying inside an old tobacco shed at the Harnish farm just outside Pequea, Pa.

Bryan and Chris Harnish thought these plants would be off to the drying facility in Delaware by now, but the facility hasn’t been able to keep up with the harvest. Fearing that frost would destroy their crop, the brothers harvested the hemp, stripped it using a machine and hung it.

It’s these kinds of unexpected challenges that the brothers have dealt with all season.

American Agriculturist was along for the ride as the Harnishes grew hemp for cannabidiol (CBD) on 3 acres of their 600-acre grain and specialty crop farm. It’s been a trial-by-fire season as they wanted to see if hemp would work in rotation with their other crops such as corn, soybeans, tobacco and pumpkins.

So, was it worth it?

Roughly half of the crop was grown in partnership with Farms2Pharma, a Chester County-based company that is partnering with 20 or so growers in the region for the CBD oil market. Farms2Pharma provided the seed as well as a mechanical harvester to harvest the plants. The plants were sent to a hemp drying facility in New Castle, Del. The brothers and the company will split the price they get for the biomass.

The rest of the plants are also being sent to the same facility, but the brothers have yet to decide if they’ll market the extracted oil themselves or let the facility market it for them.

Chris Harnish says the Delaware facility has gotten backed up as a result of the abundant harvest this season.

“Feedback from our price contributor network paints a picture of many market participants scrambling in the wake of the harvest, which was in some cases carried out hurriedly or under duress due to inclement weather conditions,” the report states. “Numerous farmers with whom Hemp Benchmarks have spoken have not found buyers for their biomass. Such market conditions are reflected in the significant downturns in prices for CBD hemp biomass observed this month. Assessed prices for every volume bracket declined month-over-month by between 23% and 33%.”

The Harnishes faced many challenges during harvest — from trimming the plants to having to use extra labor to hang them in the barn for proper drying.

But their biggest challenge was timing.

Bryan thought harvest would be in August or early September, but the crop stayed on the ground until late October. A lot of that had to do with the fact that the crop didn’t have the levels of CBD he was hoping for — he was aiming for 10%.

The crop stayed in the ground to about the same time the corn and pumpkins were ready.

“It happened at the worst possible time for us when we’re harvesting grain and pumpkins,” Bryan says.

The brothers ended up hanging the last batch of plants in an old tobacco room to get them dried and to prevent frost damage. Chris estimates that it took 225 man hours per acre to cut, strip and dry the plants.

Chris says they haven’t gotten paid yet, but he estimates that at current prices they’ll make about $20 a plant — they cost $10 a plant.

Hardy plants, but hot to handle

For all the challenges during harvest, Bryan says he was surprised at how vigorous the plants grew and what little disease pressure they had.

Yields were about as expected, around 1,000 pounds dry mass per acre. The last batch of plants could yield more, perhaps 1,200 to 1,300 pounds per acre.

But the plants got hot after harvest, especially if they were shipped out right away. Most of the stripped plants were loaded into giant sacks for shipping to Delaware. In some cases, the internal temperature of these sacks got so hot that they had to be dumped for fear of starting a fire.

Chris says that he performed a test to see the temperature fluctuation of a few sacks over several hours. The sacks were tested with a thermometer at around 4 p.m. By 8 p.m., the middle of the sacks heated up to 85 degrees F. By 11 p.m., they tested at 120 degrees. Each sack was dumped to cool down.

According to LNP News, the hemp in that shed was harvested and being prepared for sale.

Bryan and Chris say they’re already looking ahead to next year.

The first step is figuring out what to do with the roots of the old plants as the roots are as thick as tree trunks.

Next is figuring out where to plant the 2020 crop. About three-quarters of the farm is irrigation ready, so they have plenty of options. Bryan says that he plans on putting watermelons in this year’s hemp plot to help promote better insect and weed control.

In terms of seed, the brothers want more consistency. They both agreed that out of the three varieties they grew, Stormy Daniels was the most consistent, followed by Cherry Blossom and Youngsim 10.

Chris says that Youngsim 10 was all over the place in terms of performance, something he’s not used to seeing in his field crops such as corn and soybeans.

“Everyone complains about paying $250 for a bag of seed corn, but every plant’s the same,” he says. “It’s the same as planting corn, you know. You can plant your corn real well and have a giant ear, but at the end of the day if you’re not getting the yield off the acre, you’re better to have a lot of uniform, slightly smaller ears because you’re going to yield more. It’s that balance.” 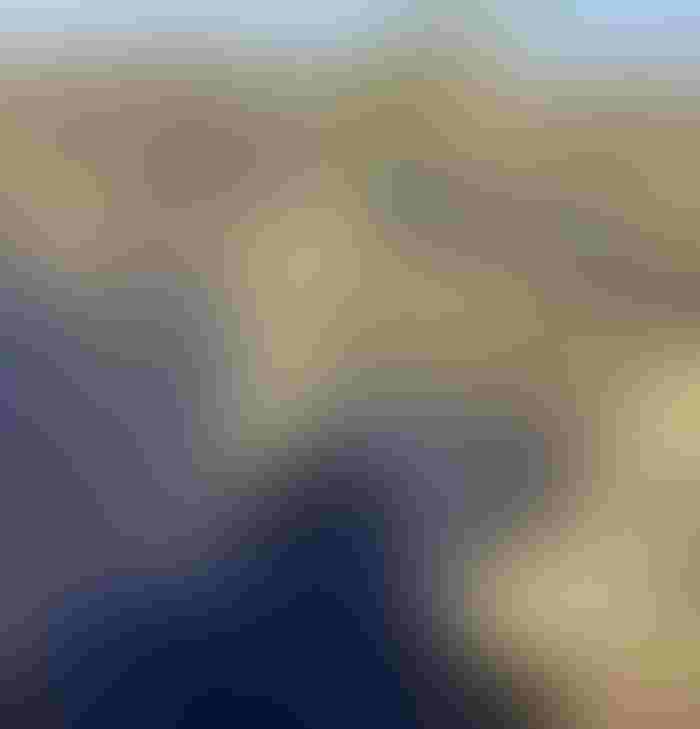 LIKE TRUNKS: The Harnish brothers are already planning for 2020, but one of the first things they must do is get rid of this year’s old plants, which grew vigorously and have roots that are as thick as tree trunks.

Bryan says that he’s thinking about buying cloned plants or at least plants that are completely feminized since female plants yield better CBD.

Autoflowering seeds are also a possibility, he says, since they will go into flowering mode regardless of light cycle.

Even though autoflowers are more expensive, Chris says they are intriguing because they could make double-cropping possible.