Farmer&rsquo;s Fury 2009 Paso Robles, Calif., Cabernet Sauvignon is an excellent Central Coast Cab. However, what&rsquo;s under the cork is only a small part of this wine story.It is a wine with an attitude on the label and a San Joaquin Valley farming heritage dating back more than a century. 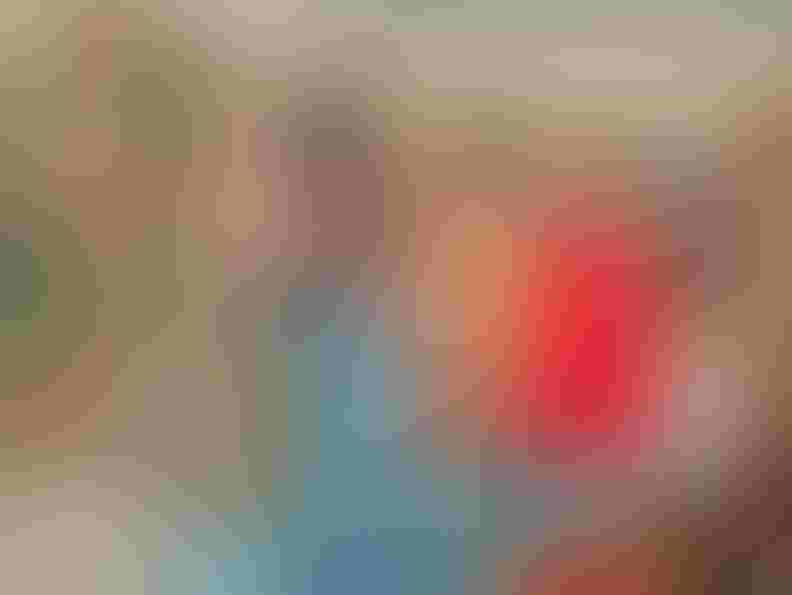 Just about anyone can make an enjoyable California wine.

A visit to the local supermarket or other wine retailers will verify that. There are endless shelves of the finest California has to offer.

Farmer’s Fury 2009 Paso Robles, Calif., Cabernet Sauvignon certainly fits the bill. It’s an excellent Central Coast Cab. However, what’s under the cork is only a small part of this wine story.

It is a wine with an attitude on the label and a San Joaquin Valley farming heritage in the wine dating back more than a century.

Farmer’s Fury winemaker is 28-year old George Selwyn Meyer, a Marine veteran with two tours of duty in Iraq as a crew chief on a medivac helicopter.

He also is a fourth-generation San Joaquin Valley farmer. His great grandfather, Nebraskan Charles H. Meyer, migrated to Salinas in the early 1900s and grew sugar beets on 40 acres there. Bankrolled by Claus Spreckles, Meyer in 1906 rode a bicycle more than 100 miles from Salinas to Kings County, Calif., in search of farmland to grow beets in the San Joaquin Valley.

Their dad, Charles Meyer, says he is “retired.” Don’t believe it. He’s around the farm every day and spends considerable time as an outspoken farming advocate. His dad, George Henry Meyer, recently celebrated his 99th birthday and still lives on the farm. He took over the farm from his father in 1942. Charles Meyer came home to farm in 1967, after spending seven years “flying all over the world in the Air Force.”

The Meyer farming heritage is depicted on the Farmer’s Fury label. It is a silhouette of George wearing a wide, flat brim western hat. He is holding his great grandfather’s scythe. In the background is a faint outline of the Coastal Range that runs along the West Side of the San Joaquin Valley.

“The skyline of the foothills in the background is what we see out our back door,” Charles says. “The three bumps in the skyline are the upturned facial profile of what the locals call the Sleeping Giant. My father taught me to drive a tractor straight as a tightened string by driving to the Sleeping Giant using one or the other of the profiles.

“You could call it old-fashioned GPS,” laughs Charles.

George describes his wine as: “A big, dense wine. This Cabernet captures full-bodied richness and offers wonderful earthy complexity with dried currant, blackberry and black cherry fruit that is focused and expansive. Well-rounded, it displays a long and lingering finish of pure dark fruit.”

However, you won’t find that description on the label, as is customary on other wines. It’s on the Farmer’s Fury website. On the wine’s back label are “Farm Facts.” Twelve to be exact; one for each bottle in a case. Here are five:

• “Farming looks mighty easy when your plow is a pencil, and you’re a thousand miles from the corn field.” — President Dwight D. Eisenhower

• “Soybeans are an important ingredient for the production of crayons. In fact, one acre of soybeans can produce 82,368 crayons.”

• “The farmer is the only man in our economy who buys everything at retail, sells everything at wholesale, and pays the freight both ways.” — President John F. Kennedy

• Americans spend just 9.8 percent of their income on food — less than consumers in any other country.

“George did not want flowery language on the label. He wanted to tell people what the American farmer means to this country and the world,” said his father Charles.

“It’s my way of fighting back,” says George, who has grown up in an era when farmers have been forced to defend themselves before a misinformed public bombarded by distorted facts.

“I wanted to go beyond making a good wine. I wanted to tell people who buy our wine about agriculture.”

The Meyers sell their wine online at http://www.farmersfurywines.com and at many public tastings and valley restaurants. Farmer’s Fury’s first bottling netted 200 cases and already prominent restaurants like Jack & Charlie’s, Vintage Press and The Depot, all in Visalia, Calif., have it on their wine lists.

More than a sideline

This all sounds like an interesting sideline for a cotton-growing family, but it’s more than that. Like any farmers looking to diversify and spread risks, the Meyer family believes wine could contribute to the farm’s income. Farmer’s Fury is a coastal Cab, 75 percent Cabernet Sauvignon from Paso Robles and 25 percent Ruby Cabernet from a Lemoore, Calif., vineyard owned by Roger Hewett, owner of Blair Air Service.

The Cabernet is from Summer Hill vineyards, crushed and fermented at The Crush, a winery specializing in custom crushing.

Charlie is no novice to the wine grape business. He got an inside look at the business interning at Justin Winery in Paso Robles while attending Cal Poly, San Luis Obispo.

George’s first wine convinced brother Charlie he was on to something.

“I knew something about wine and wine grapes, having worked at Justin. I thought it was a great idea when George wanted to take this to the next level and get into commercial winemaking,” said Charlie.

Mother Beverly Meyer and dad Charles are also big supporters of the family’s wine venture. “She is the heel-dragger sometimes,” laughs Charles.

“I have to hold tight to hold the boys in once in a while. Things have been tight economically in farming the past few years. Nevertheless, since the boys came back to the farm, they have been doing a great job,” says Beverly Meyer.

Farmer hoarders were around long before not throwing anything away became a reality television series. However, farmers either have to build more barns, sell stuff or haul it to the dump.

That’s how George started his winemaking career. He and his brother were cleaning out a farm shop and came across a home winemaking kit.

George bought frozen wine musk online and made 15 gallons in the family’s kitchen. “It wasn’t too difficult, and it came out pretty good,” George said. Charlie and the rest of the family agreed. That is when they started the process to become a bonded winery owner.

George decided to return to school to learn more about winemaking. He received an associate degree from College of the Sequoias in Visalia before he joined the Marines. When he was discharged he used his GI bill to enroll in the enology program at California State University, Fresno.

George admits, however, he has never been a good student: “I cannot stand sitting in class. The major at Fresno State is heavy in chemistry. I was the worst chemistry student in high school, and it had been 10 years since I took chemistry. I had to have a tutor to pass chemistry at Fresno State,” George said.

Nevertheless, he persevered and even worked in the school winery to learn as much as he could.

“I knew after the first semester I wanted to own my own winery,” said George. His family has supported him from the beginning. “Making wine is not all that complicated, but it takes a lot of money to start a winery. We have started with a bare minimum, but some day I hope to establish a winery in Kings County or buy a winery elsewhere.”

Years ago there was an Italian Swiss Colony winery on Grangeville Avenue north of Hanford. “We could have a tasting room right here in Stratford. It would be on Highway 41. That’s the road everyone takes to go to the wine country in Paso Robles. Why not stop here first?” said George.

“Growing grapes and owning a winery is not any different than growing cotton and taking it to a cotton gin,” says Charlie. “They’re both farming businesses.”

Cotton and sugar beets have been good to the Meyer family. However, beets have disappeared from the valley and cotton acreage has dropped dramatically. These changes are what prompted the Meyer family to plant pomegranates and get into wine.

There is more marketing involved with wine, admits Charlie. “We do a lot of tastings to get the word out. We started with friends and farming neighbors who wanted to see us succeed. From there the word is getting out. One man who came to a tasting said we should have a tasting every month,” says Charlie.

Beverly and Charles are helping out all they can. “I guess you could call me a wine mother,” said Mrs. Meyer. “George is the visionary of the family, and you certainly need to be looking into the future if you are farming today.”

“I am helping out all I can,” says Charles. “I did not know a lot about wine before we started this, but I have learned a lot. I am our biggest salesman.”

George’s immediate goal is to produce 1,000 cases of wine. He also hopes to finish his enology degree from Fresno State. However, that may take longer than normal.

He received a grant from the Visalia Rotary to do a study tour of Australia’s agriculture during the spring semester.

“This will knock me out of the spring semester, and when I get back it will put me behind in getting the classes I need. It will probably take me a year and a half to two years to finish,” he says.