Tracking the &ldquo;blood work&rdquo; on a piece of equipment can save money and increase its value at trade-in. 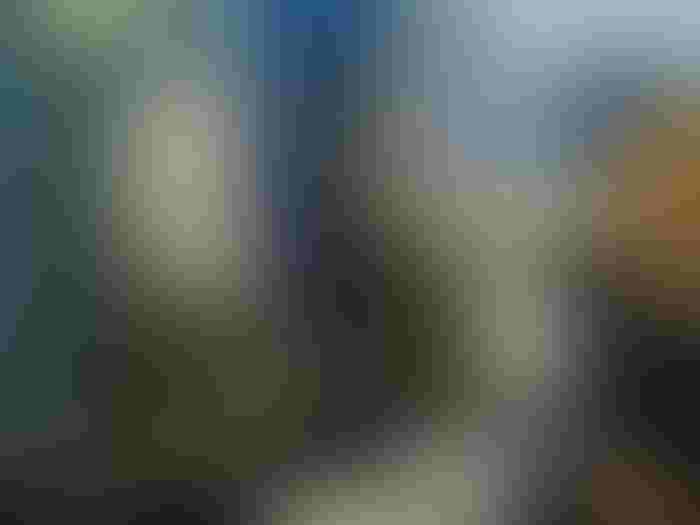 With advancements in farm equipment technology becoming more frequent, today’s farmers are keeping up by trading in their equipment more often than in the past.

“Years ago, farmers would buy a tractor and keep it for 25 years. Now, farmers are trading them in more often,” says Paul Hendrix, equipment-pricing analyst for IronPlanet, an online auction house.

This trend makes equipment maintenance more important, and replacing or testing the equipment’s engine and hydraulic oil is an essential component of any maintenance program. The long-term savings can add up when comparing the cost of an oil test to the cost of replacing parts. In addition, tracking a piece of equipment’s oil analyses over time can mean greater trade-in values at the dealership.

“Because they are trading [their equipment] in, fluid analysis can help them out with trade-in value of the equipment. It can show that maybe there weren’t any problems and it would command higher value, or maybe there was a problem that was addressed,” says Jason Papacek, data analyst manger at POLARIS (Performance Oil Analysis Laboratory and Reliable Information Services) Laboratories, an international oil-testing company.

While many farmers understand the importance of purchasing and replacing quality lubricants, few consider the value of testing those lubricants as an alternative to simply replacing them.

“I would say more don’t than do,” said Jacque Powers, director of marketing and communications for POLARIS. Powers said that while POLARIS provides ample lubricant-testing services for owners of farm machinery, not many use the service.

“Many don’t realize how much money oil analysis can save them,” Powers says.

Replacing engine oil and other lubricants can be costly, and Powers recommends having the fluids tested as an option to extend the life of the fluids and, ultimately, the machine. The tests can reveal dozens of metals or contaminants that may be present in the fluid, which can be linked to specific problems within the machine.

Farmers typically have the option of either working with their equipment manufacturer or directly with an oil analysis company. Some manufacturers cover the cost of the test within a warranty program or provide the tests as a separate option at service centers. Farmers should consult with their dealers to see what is available in their areas.

“I think that it doesn’t matter whether it’s a small or large farmer — there are benefits to oil analysis both now and in the future,” Hendrix says. “Right now it helps them to understand what’s going on internally and it also gives them the opportunity to avoid a catastrophic failure in the future, which is always more expensive to repair.”

In addition to the value of individual oil tests, trending over time can be even more beneficial.

“We always say the real value of oil analysis is regular trending [and] regular sampling,” Papacek says. “An individual sample is a snapshot. At that moment in time, dirt contamination might be high or there might be a lot of bearing wear, but what the single sample doesn’t do is offer much insight in terms of, ‘Was it a sudden change?’ It could be due to sample collection or some factor that can be traced to the increase. You would know that through trending. The value of the trend is that it tells a story of the equipment.”

Papacek recommends that the oil from farm machinery be tested at least once per season to identify any potential problems. He says that farmers should consider the cost of having a piece of equipment out of service because of a problem that could have been identified earlier.

“Think of an oil sample as doing blood work,” Hendrix says. He adds that there are a lot of things you can find out about a piece of equipment that you would never be aware of otherwise.

While oil-testing experts agree that the analysis can be extremely valuable in maintaining a piece of equipment, the practice has not yet been widely adopted in agriculture. Farmers who do use fluid analysis are responding to two important trends: the equipment is evolving and owners are more focused on protecting their equipment investment.

Farmers should check with their local dealerships for information about oil testing. The cost for a single oil analysis typically ranges from $15 to $30.