Think differentDavid Wolfskill has concluded that increasing applications of major nutrient on his soils may not be the answer to higher yields. So, in his quest for higher productivity, he is testing non-traditional products that he hopes could unlock more yield potential.In 2013, he tested BioForce, a root-growth stimulator in side-by-side trials. Wolfskill concluded that it increased hairy roots by 30 to 50%. Yield was up 6 bushels per acre.&ldquo;One thing we all know, after a point, more N, P and K does not make more corn,&rdquo; he says. &ldquo;We are at the limit. Knowing that, we are going to foliar feeds, root stimulants and growth stimulants to see what works. We are just getting into these biologicals. We ran various products across all our corn and soybean acres in 2013. And we verify that these products work.&rdquo; 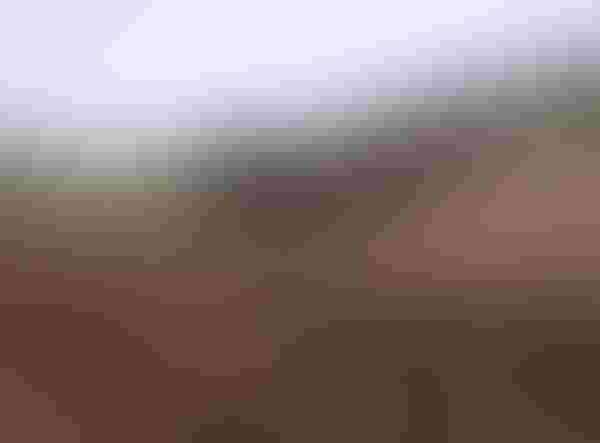 <p>David Wolfskill tears down and rebuilds his planter every winter to make sure it operates at its best. He&rsquo;s added spiked row cleaners and spiked closing wheels with square-link drag chains to boost its no-till performance.</p>

Every winter, as he finalizes seed, fertility and pest management programs for the following spring, David Wolfskill takes to his shop to perform a task that’s equally critical for top corn yields. He strips his planter down to the frame and rebuilds it.

“Having your planter set up 110% is what is required for top yields,” says Wolfskill, who harvested 220 bushels of corn/acre across his farm near Wernersville, in south-central Pennsylvania, in 2013. “Every corn planter and brand is different, but they all have the ability to perform at that level.”

As he dismantles his 16-row White air planter, Wolfskill examines planter units piece by piece to makes sure everything is straight. Worn-out bushings on linkages get special attention. “If something is bent or a bushing is worn, the planter unit won’t pull straight,” he says.

“We are very adamant about seed placement. For every inch of average deviation in your seed placement, you lose 2.5 bushels per acre.”

In addition to making sure his planter works precisely, he says it’s important to know what seed sizes and shapes work best for a particular planter. “With my planter, I only plant medium and large rounds.”

The 25-year no-till veteran has modified his planter to help assure excellent seedbed and even crop emergence.

“The last time I bought a new corn planter, the first thing I did was rip it apart,” he says. “It’s kind of like racing. Are you going to race with a stock car, or a modified car to get the most out of it?”

To produce the best no-till seedbed, he uses spiked Yetter row cleaners ahead of planter units, as well as spiked closing wheels with square-link drag chains. Yetter  closing wheels, which run outside the trench wall, push and lightly firm soil into the seed trench.

“The better the seed-to-soil contact you have, the faster the seed can germinate, and the more uniform the germination,” says Wolfskill.

Even germination is critical for top yields, he says. “You have a germination window of 18 to 24 hours,” he says. “Plants that emerge outside that window are competition and don’t contribute to yield, so getting it right is important for maximum yield.”

Whether planting, fertilizing or controlling weeds and other pests, Wolfskill’s overarching goal is to eliminate stresses that limit yield.

“For the most part, corn hybrids have 400 bushels per acre of yield potential in the bag,” he says. “You need to isolate and remove stresses”

He pays special attention to reducing stress from insects and diseases. He applies a half rate of a granular corn soil insecticide on all corn acres at planting, and follows with an over-the-top insecticide for grubs and cutworms. He uses fungicides selectively, depending on weather conditions conducive to diseases.

“We do not want to get in a rescue mode,” he says. “We know we could have problems with grubs or cutworms.” Once you see a problem, , the damage is already done, he says.

Wolfskill relies on manure from his 300-cow dairy herd to supply all P and K, , plus significant N. When fertilizing for a 300-bushel per acre yield goal, he supplements manure with 150 pounds of stabilized N applied as urea ammonium nitrate along with sulfur. He supplements with zinc in-furrow at planting to combat nutrient tie-up.