&bull; Potential economic benefits could be in the billions of dollars, easily rivaling any other economic development in the state.&bull; &ldquo;I&rsquo;m not saying I think Alabama will make a quantum leap in increased agricultural production and irrigation,&rdquo; says Sam Fowler. &ldquo;But we can increase our agricultural production and reduce our deficit in areas such as corn and soybeans.&rdquo; 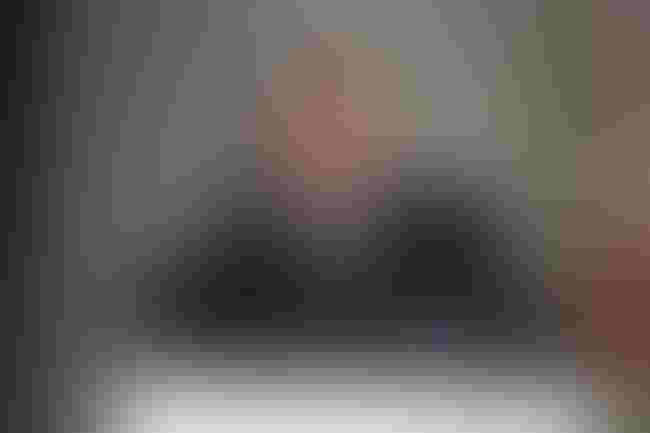 Increasing irrigated cropland in Alabama could potentially add billions of dollars to the state’s economy, but are there too many barriers currently for the state’s farmers?

That’s one of several questions that were asked during the recent Alabama Irrigation Summit held in Montgomery.

“We’re at the threshold of some good times for agriculture in Alabama,” says Sam Fowler, director of the Auburn University Water Resources Center. However, he adds, several barriers still remain for growers, including access to water, lack of capital and aversion to risking capital, land rent issues, and even the age of farmers.

Potential economic benefits could be in the billions of dollars, easily rivaling any other economic development in the state, he says.

Fowler discussed the work of the Alabama Universities Irrigation Initiative, which was begun almost a decade ago. The project has been led by the National Space Science and Technology Center in Huntsville and includes several universities and other partners.

The work of the initiative, he says, has led to the Agricultural Water Enhancement Program (AWEP) under the 2008 farm bill and the recent Alabama Irrigation Tax Credit legislation.

(You might also be interested in Alabama irrigation tax credit regulations detailed and Irrigation: A story of irony, lost opportunity in Alabama farming).

The objectives of the project, says Fowler, have been to assess the long-term trends in irrigated agricultural production nationwide, and the implications those trends may have for Alabama and to answer a few fundamental questions:

• Is the current Western irrigation system sustainable, and if not what are the implications for the U.S. and for Alabama?

• Is increased irrigation in Alabama both economically feasible and environmentally sustainable?

• What could be the potential benefits of expanded irrigation in Alabama?

• What are the barriers to increasing irrigation in Alabama, and how can these barriers be addressed?

It comes as no surprise, says Fowler, that 80 percent of the irrigation in the United States is west of the Mississippi River. “If you look at the use of water, and the net consumption of water for all purposes in the U.S., there’s a distinct difference between the Eastern U.S. and the Western U.S. The Western part uses a large portion of their available water, and there are increasing demands for the water that is available. There are parts of the West that actually use more water than they have, so they’re over-subscribed,” he says.

“We have an abundance of water, but we don’t have much irrigation. Iowa doesn’t use much water for irrigation, but they have soils that hold water well during the winter. In Alabama, we’re always 14 days away from a major drought due to our soil characteristics.”

Many of the federal programs enacted in the 2008 farm bill encouraged taking more land out of irrigation in the Western U.S., says Fowler, so there are more irrigation decreases in the West.

“Western irrigation is not sustainable,” he says. “It’s already in decline, and that portion of U.S. crop production is going to go somewhere else. The question is, can some of it come to Alabama? I think we can get a niche part of it.

“I don’t think we’ll get a windfall of crop production in the state, but I think we can get enough to make a significant economic impact. Personally, I think that a lot of the agricultural production we lose in the Western U.S. will go offshore.”

It’s difficult, he says, to make a blanket statement that irrigation is economically feasible in Alabama.

“It is, but under the right conditions,” says Fowler. “If you’ve got access to water, you have a good land ownership arrangement, and the right capital, then it’s economically feasible.

“Our research says that given reasonable assumptions, and based on crop models and historic weather data, in many cases irrigated crop production in Alabama would have been more profitable than non-irrigated production. Agriculture would have been a better driver in the state’s economy with irrigation than it has been in the past 20 years.

“We can compare favorably to the Midwest and West in terms of yield with irrigation in Alabama. There’s no doubt that irrigation can increase yields over a longer period of time and reduce the variability of yields.”

There are concerns nationwide about the environmental impacts of agricultural irrigation, says Fowler.

“But we believe if irrigation is done right in Alabama, we could support one million acres of irrigated agriculture with no negative environmental impacts. We have about two and a half million acres that is prime irrigatable agricultural land.”

“Sometimes it’s hard to find, and sometimes it’s pretty deep down. In cases where we do have surface water, it’s possible to collect and store winter water and then successfully irrigate with no negative impacts on the stream. This is the concept of the AWEP program.”

Alabama, he adds, has more water resources than most other states in the country.

You can’t look at the potential benefits of agricultural irrigation in Alabama without considering the state’s poultry industry, says Fowler.

“It has a tremendous agriculture impact. There are 75,000 jobs in the state that are related to the poultry industry.

The value of the industry is $8.5 billion, which is 10 percent of the state’s total economy.”

“We now have a severe drought in the Midwestern Corn Belt. There’s always a risk with having a lot of your production concentrated in one area of the country. Prices already are high and probably will continue to go up.

Mississippi, on the other hand, is not a deficit corn-producing state, he says.

“They probably were 20 years ago, but they made a decision not to be any longer. If Alabama could become self sufficient in corn production, at 120 million bushels of corn, at a conservative estimate of $6 per bushel, that would be $720 million of income that we could keep in the state that we’re sending out of the state now.

“If you use a multiplier for agricultural production, you can get up to $2.5 billion and as many as 9,000 jobs.

“We’re almost in the same situation with soybeans, as far as the economic impact. The combined effect of increased soybean and corn production in the state would be $1.5 billion in direct money that we could keep within the state. It would be a tremendous economic driver.”

Fowler points out that corn and soybeans are just two examples, with Alabama farmers also growing cotton, peanuts and horticultural crops. “We have a lot of potential to improve the rural economy of the state with increased irrigation.”