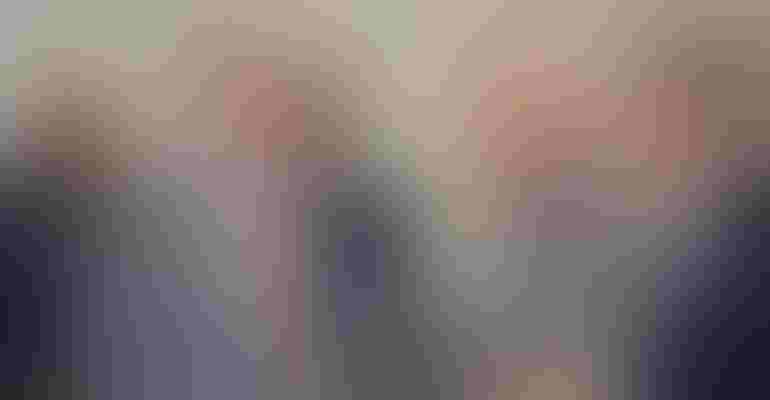 Lynn County Grower Walt Haygood, center, thanks Chairman Mike Conaway, left, for his faith and his work on the farm bill, as John Roley, right, looks on.

“You never give up if there’s time on the clock. No matter the score, you fight every play as if it were the last. And we’re not there yet.”

This was Chairman of the House Agriculture Committee Mike Conaway’s charge last week to agricultural producers, bankers and commodity leaders about the passage of the farm bill before it expires October 30 at midnight.

“We are running out of time,” says Conaway, at the Southwest Council of Agribusiness annual meeting at Lubbock, Texas. “There's a real sense of urgency within me to get this thing done. I hope my counterparts also have the same sense and we’re not allowing political considerations to affect what we're willing to do and not do.”

The passage of the bill is about protecting production agriculture, says Conaway, “and continuing to provide Americans with the safest, most abundant and affordable food and fiber supply of any developed nation in the world. And every American, whether they know it or not, has a keen interest in us getting this farm bill done.”

One of the titles still in negotiations is the Nutrition Title but Conaway assures, it’s not the only one. “Yes. We have additional things to come to grips with on SNAP. But Title I (Crop Commodity Program Provisions) is nowhere near put to bed and Title II (Conservation Title) is not either. All of the rural development and other titles of the program are still in flux. I don't have the foot-and-mouth vaccine bank agreed upon yet. So, there are many things that have yet to be done and we are running out of time.”

While concerns over trade and tariffs have somewhat overshadowed the farm bill, funding the Foreign Market Development Program and Market Access Program, is one title the Chairman says he and his Senate colleagues agree upon. “That’s one of the two titles that have pretty much been put to bed.

“I think if you asked a farmer they would say the trade uncertainty probably bothers them more because it's immediate. It's right now. It’s prices. It's markets. It’s the inability to put together long-term sales contracts — all things impacted by the tariffs. The farm bill, they know at some point, will get done, but there's certainly anxiety associated with it.”

And the stress of the unknown is something Conaway says he wants to alleviate.

“Knowing what the next five-years farm bill looks like is an elegant, priceless issue, in the sense that all of us deal better with reality than we do with uncertainty, whether it's the uncertainty of trade or uncertainty of the farm bill, low commodity prices or five years of terrible economics.” Conaway says he wants to get the bill passed this week.

With Friday’s deadline close at hand, talks of an extension loom, but Conaway says, “We're going to get this farm bill done this Congress by Friday and get it to the president's desk and signed into law. I've had several folks ask me about extensions — I refuse to engage. There’s time on the clock.”