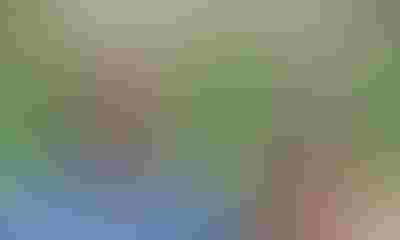 Not many can say they started farming twice. After building a grain farm in the mid-1970s, David Burrier suffered losses in an elevator bankruptcy, sold his Union Bridge, Md., farm and downsized, then became partially paralyzed via back surgery in 1993 and began working for a fertilizer company.

But he retained his positive “I can do it” attitude and was drawn to Linda, a like-minded farm woman. In 2002, the two married. In 2003, they purchased his parents’ farm and started farming again. By 2006, they were back to farming full time again. “Together, we make a powerful team and share the same visions, work ethics and goals,” he says.

Today, the Burriers’ Linganore Farm is a 1,160-acre grain and hay business, and a sustainable agriculture model in the rolling hills of Carroll County, Md. Fields are strip-cropped, cover-cropped and rotated. Their “never-till” mentality has paid off in rising yields, organic matter and fertilizer efficiency, plus less labor, machine and fuel costs.

With a large part of the Burriers’ income portfolio coming from hay and straw, they can stack 40,000 bales away with a stack wagon and forklift with three people in a shed built for that purpose. Precision ag technology and data from it has already proven the benefits of cover cropping and increased nutrient efficiency on Linganore Farm. The Burriers employ GPS technology on their sprayer booms, corn planter and dry fertilizer spreader. The latter, plus stabilizing nitrogen, saved 15% on fertilizer, paying for that investment in one year. Growing test plots for two seed companies has helped them evaluate new varieties and steadily increase overall yields. 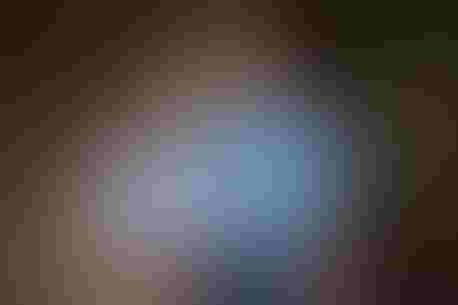 2 GENS: David Burrier credits his father, Joe, for giving him an opportunity to farm.

The Burriers try to keep their on-farm return on investments to two to three years. “That frees up dollars to do other improvements,” adds David.

Social ag advocacy
“We have to communicate, advocate and participate in conversations about agriculture at every opportunity,” stresses Linda. “It’s as important as any duty at home.”

That advocacy started years ago on the farm with an early August antique equipment show. It draws close to 500 people. Signs and displays share the message that farmers, too, are Chesapeake Bay environmentalists.