The panelists agree that opportunities exist for U.S. dairy farmers. 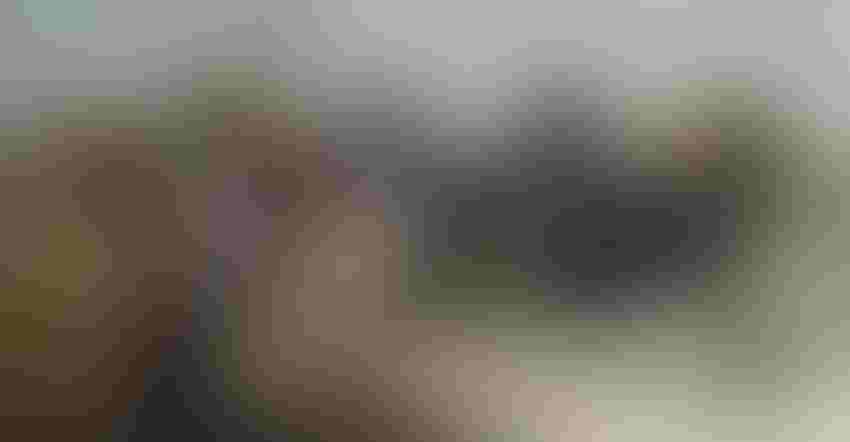 During the Global Dairy Symposium held Oct. 6 at World Dairy Expo in Madison, Wis., a panel of international dairy industry leaders shared their thoughts about global dairy trends; the U.S. dairy industry outlook; and how supply chain issues, the Russian war in Ukraine, climate change and rising costs are impacting dairy farmers around the world.

Hershey said that on Oct. 3, USDA announced milk consumption in the U.S. rose to record levels, with each person consuming an average of 667 pounds of milk equivalent per year as fluid milk, cheese, butter, yogurt, ice cream and other dairy products.

“This is important, because we want to continue growing the U.S. dairy industry,” Hershey said. “My family’s dairy farm produces about a tankerload of milk a day. Slightly more than 1 in every 6 tankerloads of milk leaves our country’s border. I don’t know where this milk would go if we didn’t have exports.”

Hershey said the U.S. exports about 17% of the dairy products produced here. A lot of those exports are cheese. She noted that with 90% of the milk produced in Wisconsin being made into cheese, Wisconsin makes 25% of the cheese produced in the U.S.

“If Wisconsin were a country, it would be the fourth-largest cheese-producing country in the world,” Hershey noted.

“Fluid milk consumption is going down, but cheese consumption keeps going up,” Hemme said. Wisconsin exports its dairy surplus. “To feed the world, we need another 20 Wisconsins in the next 10 years.”

According to the panel, even with COVID-19, climate change and conflict in the world, record milk prices in the U.S. and globally make this a golden time in dairy today.

Hemme believes the U.S. has the potential to become the No. 1 dairy exporter in the world. Currently, the European Union is the top dairy exporter.

“In the next 10 years, Europe will not be a net exporter of dairy,” he said. “They will become self-sufficient in milk production, which produces opportunities for U.S. dairy farmers.”

Why is milk production declining in the European Union?

Dutch government proposals for reducing nitrogen emissions sparked protests in the country, with farmers lashing out against plans to radically cut the number of dairy and livestock farms.

Farm leaders fear farmers will have to significantly scale back their livestock to reach the government’s goal to reduce nitrogen emissions by half.

“It’s not only happening in the Netherlands, but in Ireland, too, and all over Europe,” van Velde said.

Europe also suffered through a severe drought and record high temperatures this summer. Now it is coping with an energy crisis due to cutbacks in supply from Russia.

“Organic markets are dropping; people are not able to receive a price for their product,” van Velde said. “We have a war 2,000 kilometers from us. Prices are just crazy, so you can see that the sentiment of the population is changing a bit.”

Meshke said the U.S. dairy industry has the climate, the feed and the infrastructure to meet the world’s increasing demand for dairy products.

“Milk production had been increasing 3% in the EU. Now it has slowed to 1%,” Meshke said. “It is increasing in the U.S., but it is declining in New Zealand and Australia.”

It is likely, the panel agreed, that within a few years, the U.S. will be the largest and the most-reliable dairy-exporting country in the world.

Meshke said the U.S. has more than 20 shipping container ports, which is far more than other exporting countries have.

“Our milk supply is growing, and our cheese volume is growing,” she said. We are hoping when the world is pushing their grocery cart, we want them to visit our dairy aisle.”