6 fully automated robotic ‘spinners’ to be milking in the U.S. by the end of the year. 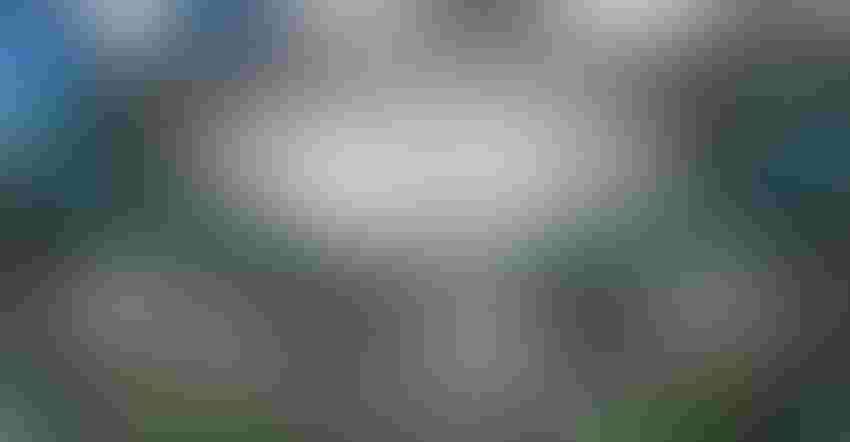 WHAT GOES AROUND: The DairyProQ rotary milking parlor can have between 28-80 milking stations depending on the model. Can you guess how many stalls are in the pictured rotary system?GEA

Early this year, Farm Progress pressed GEA marketing officials to confirm where in the United States the first game-changing automated robotic rotary parlor was being built. Tight-lipped, they grinned and refused to say.

Instead, they pointed to the DairyProQ model stalls being carted around the country to farm shows and said: "The future is here." At least they weren't fibbing.

Two DairyProQ rotary robotic systems, a 40-stall rotary milking 600 cows in Wisconsin and a 60-stall rotary now milking 1,500 North Dakota cows, were completed at the end of 2017. And in mid-July, Matt Daley, GEA vice president of sales, reported four more U.S. dairy farms would be milking with the ProQ rotaries by this year's end. They include:

• A 72-stall California rotary for 2,800 cows to be completed in December

When all are online, these six farms will milk more than 12,000 cows.

Labor the driving force
With more than 35,000 robotic milking systems on farms around the world, robotic milking isn't just a rich farmer's game. Next to feed costs, labor is a dairy's second largest expense, and the most vulnerable to disruption according to dairy analysts. That's why large- and small-scale dairies are taking long, hard looks at robotic milking.

Daley estimates 2% of U.S. cows are currently milked using robots in rotary or box-style configurations. He also predicts at least 30-40% of cows could be milked robotically within seven years.

CLEAN AND COMPACT: Each station tucks away its own milking robot and data recording system.

"For dairies of any size, it's not a matter of if robots will be part of your operation, it's a matter of when," contends Daley. "The ability to essentially lock in labor costs for the future is driving these early adopters."

How small does ProQ go
Rotary parlor systems have always been for mid- to large-scale operations. The ProQ is for milking herds of 500 cows and up. It's available in configurations of 28-80 milking stations, automatically handling approximately 120-400 cows per hour. One key factor is that one operator can supervise the entire routine, from attachment through to dipping and cleaning.

The only question remaining now is when the first robotic rotary will spin into your neighborhood?

USDA has funded an Extension program with an analysis of the economics of robotic milking systems. Check it out.

Did you count them all?
If you guessed that the rotary parlor pictured above has 60 stalls, you'd be right.