Here are some tips for harvest and planting after sclerotinia stem rot invades fields. 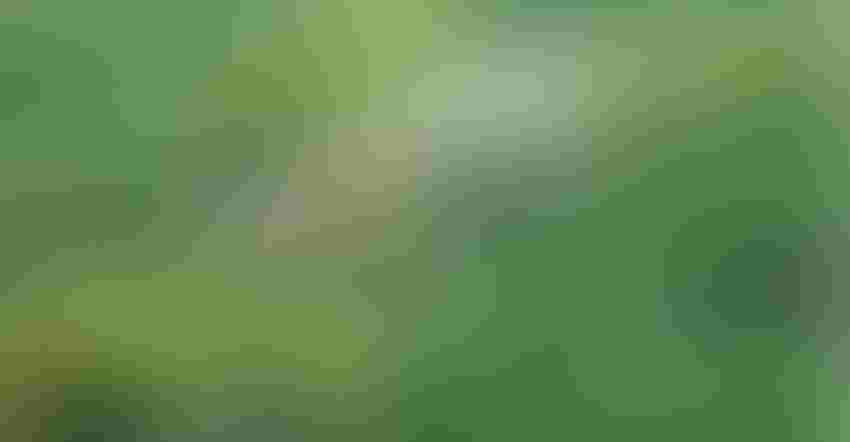 DISEASE DISCOVERY: The University of Missouri Plant Diagnostic Clinic recently confirmed sclerotinia stem rot in northwestern Missouri. About 160 acres of soybean show the disease, which is rare in Missouri.Wayne Flanary

University of Missouri Extension agronomy specialist Wayne Flanary says about 160 acres of soybean in northwestern Missouri are showing symptoms of sclerotinia stem rot. The MU Plant Diagnostic Clinic confirmed the disease, which can cause large losses in fields with high yield potential.

Also known as white mold, sclerotinia stem rot is rare in Missouri. This stem and root disease is usually found in the northern part of the soybean belt. MU Extension soybean specialist Bill Wiebold says he found it in Shelby County in northeastern Missouri about 10 years ago.

Stem rot explained
In the MU Extension publication “Soybean Diseases,” retired MU plant pathologist Laura Sweets says the white mold first shows as a wilting of leaves in the upper canopy. “Leaves may have a gray-green or off color and wilted appearance,” she writes. White mold often grows on stems and leaves. The fungus may move to seeds and pods.

The disease favors moderate canopy temperatures less than 82 degrees F, and frequent rainfalls that cause high humidity in the canopy.

Research shows that sclerotinia stem rot can remain in soil for years, Wiebold says. Seed can be contaminated with sclerotinia, the fungus’s reproductive structures. Wiebold’s colleagues at Iowa State University say it may take up to two years for sclerotinia to show up from infected seed. Iowa researchers recommend planting two years of corn to reduce viable seeds, although there are no guarantees.

Plan for next year
Wiebold recommends the following if your fields had white mold:

• Do not plant soybean after common bean, sunflower, canola or other susceptible crops.

• Use fungicides early. There are effective fungicides, but spray timing is critical to success. Apply fungicides during flowering (R1 and R2 development stages), Wiebold says.

• Harvest infected fields last, and clean out the combine to prevent spread of the disease.

• Consider no-till production for three to four years to reduce the number of viable sclerotinia near the soil surface.

Looking for more answers
Do not confuse this disease with one caused by Sclerotium rolfsii, a Southern disease, Wiebold says. He advises against searching the internet for “white mold” and suggests searching for “sclerotinia stem rot” instead.