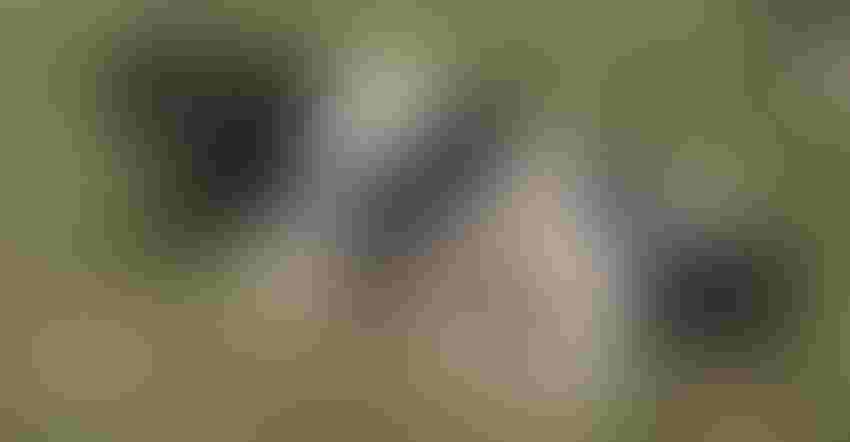 Grazing is futuristic. You read that right. The irony of that statement is deliberate. Believe it or not, the age-old practice of grazing is on the cutting edge.

Graziers are often self-proclaimed throwbacks who value simple things; that paradigm doesn’t leave much space for technology. Grazing may be viewed as the opposite of cutting edge, but that is likely the exception and not the rule.

Every generation has seen great technological advancements in agriculture. While fascinating, new technology often provokes the ire of those who were successful without it. That is certain to be the case with grazing.

While new technology almost always comes with the promise to make life easier, there is another side to it: The technology may also help to increase adoption of a practice. That has been critical in the realm of conservation farming, where advancements in planter technology have increased the use of no-till and cover crops. In the world of grazing, two emerging technologies have the potential to increase the practice across Wisconsin.

University of Missouri Extension has developed an online application for managing forages called the Grazing Wedge. The program calculates forage production and quality over time, helping farmers make grazing decisions through the season. It is used in conjunction with a phone app called PaddockTrac and streamlines the process of taking a pasture inventory by using an ATV/UTV-mounted sonar sensor that is driven across a pasture. Measurements are uploaded to a Grazing Wedge account to develop a season-long grazing plan that fits the farm’s production goals.

The Marshfield Agricultural Research Station (MARS) in Wisconsin is the first research station in the United States to test virtual fencing technology with dairy cattle in a project conducted by Irish Fulbright scholar Conor Holohan. Like underground fences for pets, a virtual fence for livestock consists of a collar that features audio and electric stimuli to keep animals in predetermined areas. Unlike the pet version, there is no underground wire needed, as the livestock collars are equipped with GPS and cellular capabilities.

Several companies across the globe are racing to get their version to market. Nofence is a Norway-based company whose collars are being used with dairy heifers for research at MARS. The collars consist of a battery with a built-in solar panel. A series of audio tones are played as the animal approaches a boundary that is set using a phone app, signaling for her to turn back. An electric impulse is applied only if the animal continues across the boundary without turning back, which usually occurs minimally after training.

Preliminary results from MARS are consistent with previous observations that most livestock, including goats, learn the virtual fence system in less than a week — even in rotational grazing systems where animals move frequently from paddock to paddock. While most companies are still determining a cost for the system, prices have already come down considerably.

These technologies can make things a little easier for a farmer. They can also take management to the next level. But perhaps most important, whether in a field of cover crops, in a stand of cornstalks or on a perennial grassland, these technologies have the potential to increase the adoption of grazing and integrate livestock onto the land in Wisconsin and beyond. Yes, grazing is in the future.

Cavadini is the University of Wisconsin-Madison Division of Extension grazing specialist.