Reasons for no-till cotton production include soil and water conservation, energy and labor savings, and replacing organic matter in the soil.The result has been significant water conservation and improved soil, both contributing to better yields. Their success in improving efficiency and their commitment to creating a more sustainable production system were among the factors leading to the Hoppers being selected for the 2015 Cotton Foundations/Farm Press High Cotton Award for the Southwest region. 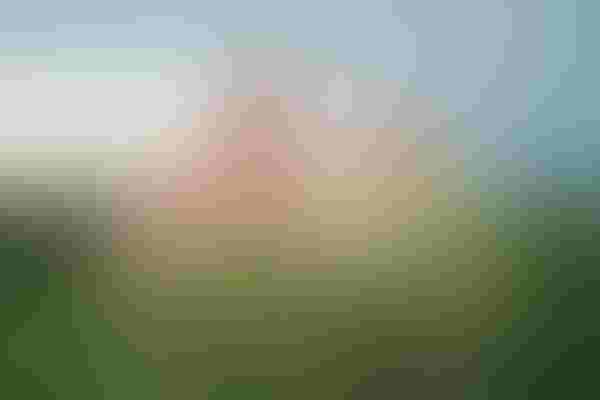 <p>R.N. AND RONNIE HOPPER are the Southwest Region High Cotton Winners for 2015.</p>

Ronnie Hopper and his son, R.N., believe in no-till crop production, and predict it will gain acceptance across the Texas High Plains as farmers deal with the increasingly serious problem of a declining water resource.

Reasons for no-till cotton production include soil and water conservation, energy and labor savings, and replacing organic matter in the soil.

The thing that makes it work, they say, is crop rotation. “The success of no-till cotton relies on rotation,” Ronnie says.

R.N. notes, “We started converting to no-till production in the summer of 2006, and we became fully no-till about 2008. There have been only a few exceptions when we had to work new farms to level fields or take out beds.”

Technology, including herbicide-resistant crops, improvements in planting and spray equipment, and better varieties “allowed us to plant no-till cotton,” he says.

The result has been significant water conservation and improved soil, both contributing to better yields. Their success in improving efficiency and their commitment to creating a more sustainable production system were among the factors leading to the Hoppers being selected for the 2015 Cotton Foundations/Farm Press High Cotton Award for the Southwest region.

Change has been a good thing for their operation, the Hoppers agree.

They knew there were problems with that program. “For one thing,” R.N. says, “Our irrigation water resource was not strong enough to handle 100 percent of peak water demand for cotton. For another, we were seeing a lot of disease — Verticillium wilt, for instance. Rotation doesn’t help with Verticillium, except that we don’t have to look at it for a year. But with a rotation crop, we are building the soil.”

They also spread out water use. “We don’t need to irrigate cotton as early as we do corn,” he says.

“We try to work crops into rotation that use water at different times. Peak for sunflowers is June, for corn it’s July, and for cotton it’s August.”

Planting dates for corn and sunflowers also offers flexibility. “We have a wide planting window with those crops,” Ronnie says. “Cotton is the only crop we grow that has a set planting date.”

For a short time, they got away from grain in rotation, trying to conserve moisture. “We went back to a grain rotation because we ran short of moisture,” Ronnie says. “We came back for the same reason we left.”

They found that the residue from the grain helped hold moisture in the soil. Also, spreading out water demand put less pressure on wells during a concentrated period in late summer.

“Rotation is the best thing that has happened to our cotton program,” Ronnie says.

It’s not a rigid rotation system. They didn’t plant sunflowers this year because available contracts weren’t attractive. “We don’t stay with a one-third, one-third, one-third rotation,” R.N. says. “The price of commodities will influence how much of a crop we grow.”

When cotton acreage is out of balance with grains, they may try and grow a cover crop in the winter. “That’s the biggest challenge,” Ronnie says. “A cover crop in no-till doesn’t always give us the best residue. We plant after we harvest cotton, and that’s late to establish a cover crop. No-till cotton on the Texas High Plains is a lot different from no-till production in Iowa.”

No-till during a drought also poses challenges. They may need to use precious water resources to establish the crop and keep it going. It’s also difficult on dryland acreage.

“In 2012 we didn’t have enough moisture to produce good residue,” R.N. says. They sowed wheat and got just enough rain to germinate and get a small amount of growth. “We were able to harvest 20 percent to 30 percent for grain, and had minimal residue,” he says.

“We didn’t have to plow any of it, but it wasn’t pretty,” Ronnie says. “Growing a cover crop is not a substitute for rotation.”

They’ve learned a lot about managing water. Ronnie installed the first sprinkler system in 1992, and since then has been learning to get value from the pivots.

“We used to look at pivots as just an irrigation tool,” he says. “At first, we were still listing beds, running cultivators and applying water through the system. Everything else was like we were still using furrow water. We need to do more than that with sprinklers.”

“A lot of things changed to push up yields,” R.N. says. “Yields aren’t better because we are better farmers, but because we have better tools — improved technology, for instance.”

A precision planter with Martin-till row cleaners and pneumatic down-pressure is also an advantage with no-till production, Ronnie says.

“But the big thing is rotation,” R.N. says. “Rotation makes us look like better farmers than we really are.”

They shared some of their experience with rotation and no-till at a field day on their farm in August, in conjunction with High Plains Underground Water District No.1 and NRCS. “We probably had about 100 participants,” R.N says.

He’s interested in creating a peer group to learn more about no-till, and recommends anyone interested in converting to no-till should attend the annual no-till conference at Salina, Kansas.

“Because of its water savings, I think no-till will be a coming thing in our area,” Ronnie says. “I think we easily save from 2 inches to 4 inches per acre.”

They irrigate 60 percent of their acreage, including a 30-acre plot of subsurface drip irrigation they offer for variety trials and other tests.

They are interested in increasing the value they get from water. “When we started irrigating, we were using a certain amount of water to produce one pound of cotton. Now, we can produce three pounds of cotton with that same amount of water,” Ronnie says.

“We have to be aware of what it costs to irrigate, and how much water we have available. We’re pleased with the water we have — about 3 gallons per minute.”

They were expecting a pretty good cotton crop for the 2014 season, but in late September they still needed some hot weather to finish it off. “It got off to a hard start, but should be better than average,” R.N. says.

In 2012 they lost about half their irrigated crop to hail. “What was left did pretty well,” he says. In 2011 their corn burned up, “so we pulled water off and concentrated on cotton. With the heat units we had, we made a good crop.”

They are becoming concerned about glyphosate-resistant pigweed and have seen spots of resistance this year, though most of their fields looked clean. No-till has not caused any unusual weed management issues with resistance. “In no-till, weed seed is mostly on the top of the soil and we don’t bring more up from deeper,” Ronnie says. “We also get weed control advantages from rotating to corn.”

They don’t rely on glyphosate alone. “We apply Direx behind the planter, and add Dual postemerge and Warrant as a lay-by. But there may come a time when something in that system doesn’t work, and we will have problems. I think it will be a long time before we come up with another silver bullet like Roundup,” R.N. says.

Their ability to rotate crops has been improved over the past few years by high grain prices, Ronnie says, spurred both by a strong export demand and ethanol production. But, those advantages are diminishing. “Vulnerability is now a concern,” he says. “The amount of risk we take is disproportionate to the percent of equity we have.”

“A love of production is why we struggle to do better and grow more,” R.N. says. “I am grateful for the safety net of multi-peril crop insurance, and the research and technology that God has given us to grow these crops.”

So, they continue to look for efficiencies, try to fine-tune no-till, rotation and irrigation programs, and are thankful for the crop insurance safety net that kept a lot of farmers in business during three years of drought.