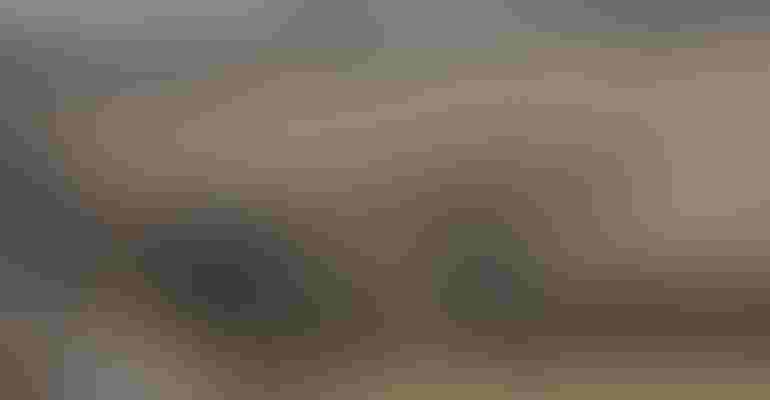 In a business meeting, the Senate Agriculture Committee advanced out of committee and prepared for floor action two cattle market reform bills, S. 4030, the Cattle Price Discovery and Transparency Act of 2022, and S.3870, the Meat and Poultry Special Investigator Act of 2022.

“These bills will make progress toward a more competitive, transparent, and fair supply chain that is better for American farmers and better able to keep food on all our tables,” says Senate Agriculture Committee Chairwoman Debbie Stabenow, D-Mich.

As outlined by Senate Agriculture Committee Ranking Member John Boozman, R-Ark., in his opening remarks, he questioned whether the proposals before the committee were solutions to the problems that farmers face today in remaining economically viable or if the “solutions” will bring “unintended consequences.”

One of the lead sponsors of the Cattle Price Discovery Act Sen. Deb Fischer, R-Neb., says the bill’s advancement out of committee marks one year since the committee met to examine issues in the cattle market. Fisher says cattle producers are asking for more market transparency and price discovery, and she welcomed the bipartisan actions to help advance the legislation she introduced with Sen. Jon Tester, D-Mont., and Sens. Chuck Grassley, R-Iowa, and Ron Wyden, D-Ore.

Under the bill, USDA would establish 5-7 regions covering the continental United States based on similar fed cattle purchases. Packing companies controlling five or more percent of fed cattle slaughter in these regions would then be required to participate in the cash market. The bill would establish minimum levels of purchases through approved pricing mechanisms like negotiated cash, negotiated grid, at stockyards, and through trading systems where multiple buyers can make and accept bids. It would limit the ability for some to use alternative marketing arrangements, which are used more broadly in regions outside of the Midwest.

The initial established mandatory minimum may not be less than the average of that region’s negotiated trade for the two-year period of 2020-2021. However, this is just the floor of what USDA can establish – USDA can choose to set minimum purchase levels higher. In fact, they are required to consider a number of factors including the proportion of negotiated purchases in that region relative to the number of AMAs that use negotiated purchases to determine their base price.

The bill makes also makes changes to Mandatory Price Reporting, including creating a publicly available library of marketing contracts, mandating box beef reporting to ensure transparency, expediting the reporting of cattle carcass weights and requiring packers to report the number of cattle scheduled to be delivered for slaughter each day for the next 14 days.

“The goal of the legislation is to ensure that every segment of the beef supply chain can succeed by ensuring robust price discovery and market transparency. We know negotiated transactions involve a bid and an ask. They facilitate price discovery to establish the going rate for cattle. We also know that negotiated transactions have drastically declined over the past 20 years,” Fisher says.

Sen. Roger Marshall, R-Kan., introduced but immediately withdrew, an amendment he plans to bring up when the bill comes up on the full floor that would eliminate the market acquisition mandate for fed cattle. He says he shares the frustration of the report authors, but he believes a market mandate is the wrong approach.

“Economists already are warning this mandate will reduce cattle prices received by cattlemen. It could cost cattle producers anywhere from $23 million to $249 million each year. And 90% of those costs appear to be borne by cattlemen in Kansas and the southern Plains states,” Marshall warns. “This is an attempt to regulate the packer, but the result is actually additional regulation of the cattle producer. This will give the packer most of the leverage to decide who gets the good deal and who gets the bad deal. The smallest of our feedlot producers and cow-calf operations will lose in this arrangement.”

The new USDA special investigator will have a team of investigators, with subpoena power, dedicated to preventing and addressing anticompetitive practices in the meat and poultry industries and enforcing our nation's antitrust laws. They will coordinate and act in consultation with the Department of Justice and the Federal Trade Commission and create a new bridge between the USDA and the Department of Homeland Security to protect the continuation of the food supply and increase our national security. With a team of dedicated staff, the USDA will now have the ability to investigate the tough issues facing producers and hold bad actors accountable, says Tester who was a lead sponsor of the bill.

The Meat and Poultry Special Investigator Act was previously advanced by the full House as part of the Lower Food and Fuel Costs package that advanced the week prior. Grassley included several technical fixes to conform the Senate version with the House-passed bill.

Boozman says the legislation would subject nearly 1,000 meat and poultry processing facilities to review by a newly designated special investigator. Boozman says large packers have legal departments and regulatory compliance experts on staff. “Not so for the smaller processors. Are we creating an additional burden on small businesses,” Boozman says. “By creating a new office to focus on something USDA can and already do doesn’t seem like the best court of action in my mind.”

“The U.S. cattle industry is home to one of the most complex set of markets in the world. Rather than embrace the freedom of that marketing system, Congress is instituting a one-size-fits-all policy that will hurt cattle producers’ livelihoods. Cattle markets are finally returning to normal after pandemic-fueled uncertainty, but these heavy-handed mandates will stifle innovation and limit marketing opportunities,” says NCBA Vice President of Government Affairs Ethan Lane. “Cattlemen and women deserve the freedom to market their cattle in whatever way they want.”

With the U.S. House and Senate considering legislation to intervene in beef and cattle markets, prices for cattle are at or near record highs calling into question the need for heavy-handed government interference, the North American Meat Institute says.

“Just last week one cattle marketing analyst described the high prices as ‘stratospheric,’” explains Julie Anna Potts, president and CEO of the North American Meat Institute. “As many industry economists have said, the beef and cattle markets are continuing to behave predictably given supply and demand and do not need government mandates and intervention.”

“This isn’t a discussion over whether producers should or should not be able to market their cattle through alternative marketing agreements, or AMAs,” Miller continues. “This is a discussion about how we can place solid ground back under producers’ feet by establishing a floor of minimum weekly negotiated purchases. Without these purchases, there would be no way to determine a base price for the majority of AMAs.”