&bull; The thrips window is over now and we need to shift our focus to spider mites, aphids and the plant bug complex which includes tarnished plant bugs, fleahoppers and an occasional clouded plant bug. 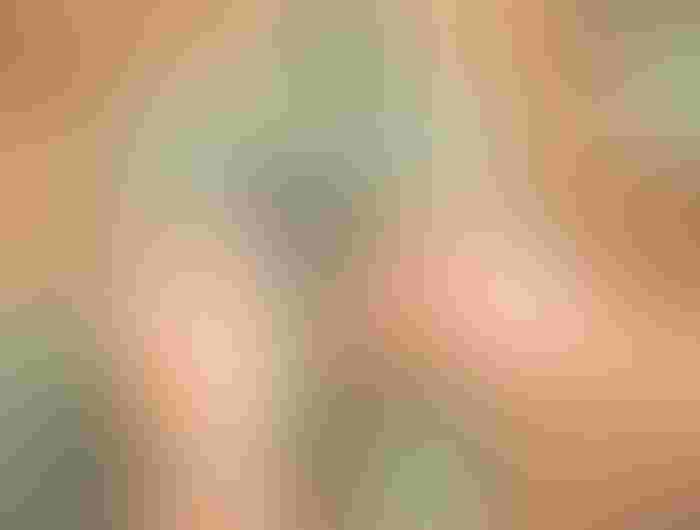 After going weeks with light to moderate thrips pressure, damage was heavy on 4-7 leaf cotton in early June, especially in southwest Alabama.

Cotton was growing rapidly, but thrips damage on true leaves was showing heavy damage from about the 4thto 7thtrue leaf. (Peanuts also were taking heavy damage during this same period.)

The thrips window is over now and we need to shift our focus to spider mites, aphids and the plant bug complex which includes tarnished plant bugs, fleahoppers and an occasional clouded plant bug.

Mites are primarily found in the Tennessee Valley region of north Alabama and some treatments were being applied last week.

Plant bug numbers (adults) were down last week but nymphs are beginning to appear in our earliest planted cotton (mid-April). I would suggest using a sweep net to sample adults for the next 2-3 weeks, depending on the age of the cotton.

As we approach first bloom I would switch to a drop cloth and concentrate on the presence of immature plant bugs.

Also, field men should now be looking at pinhead square set. Fields surveyed on June 21 were setting about 90 percent of the fruit. However, some plants had up to 30 percent square loss at that point.

I believe you will find that migrating adult tarnished plant bugs will seek out the earliest planted and most lush cotton fields. My thought is that this cotton provides the best shade from the 95 degree temperatures, and is the best host for plant bugs.

While looking for pinhead square set I noticed a number of white eggs, likely tobacco budworms. They would not be a concern now, but in the old days it would have created a real predicament.

Spraying for plant bugs during a budworm moth flight would have been expensive and also put the grower on a treatment treadmill for the remainder of the season. Sometimes we forget how well we have it compared to the pre-Bollgard years.

On another insect — a few stink bugs are already present in cotton. Normally we do not worry about stink bugs until about the third week of bloom, when we have bolls that are 10-12 days old. However, when stink bugs are present at bloom they will attack thumb sized bolls as soon as the bloom tag sheds.

Any feeding on bolls this size will cause the boll to abort. Therefore, fieldmen need to be alert for adult stink bugs in early bloom cotton as they monitor for plant bugs with a sweep net. Stink bugs will not damage squares or blooms, but will seek out these first small bolls.

Since some of our corn was planted later than desired, stink bugs will likely remain with that host until the post roasting ear stage when the kernels become hard. At that time we may have a large movement into other crops such as cotton, soybeans and peanuts.

One word about Kudzu bugs on soybeans. Numbers of adults are out of site on many of our April planted beans. In fact, adult numbers are beginning to decrease in some fields now, but numerous immatures are present, which is the trigger we use to treat the field.

Fieldmen who have not experienced this insect may overlook these immatures when they are small. They will be a clear to greenish color and very small after hatching.