How warm is too warm at night for corn? 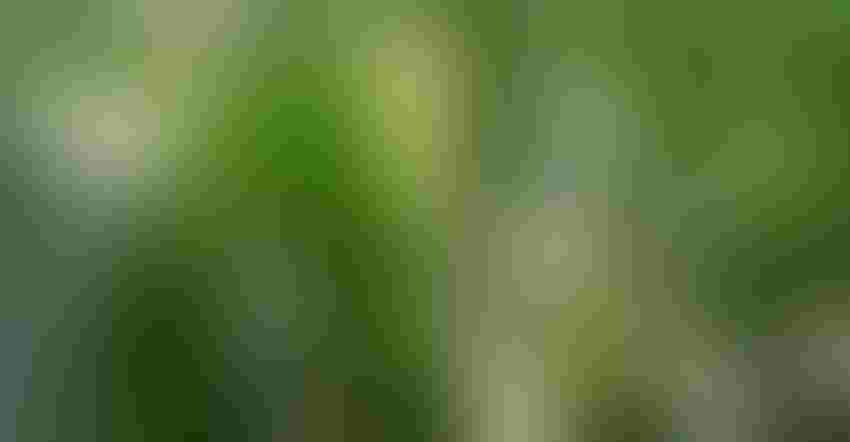 COOL IT: Corn can withstand warm days if it has plenty of moisture. But nights when temperatures don’t cool down can cause problems for corn. Tom J. Bechman

Some people like it hot, but many people prefer staying cool at night. That’s the inspiration behind Serta mattress commercials, promising you will sleep “arctic cool” on their mattresses. Maybe the company should develop a way to keep corn cool at night. Farmers wanting more yield would love to keep cornfields cooler at night, especially in July and August.

“Most corn producers are aware that high nighttime temperatures can hurt yield,” says Mark Jeschke, agronomy manager with Pioneer. “Research has shown that above-average night temperatures during the reproductive stage can reduce corn yield through both reduced total kernel number per ear and reduced kernel weight.”

Jeschke, Nanticha Lutt and Stephen Strachan looked at yields from a pair of back-to-back seasons in the Corn Belt: 2009 and 2010. In 2009, many farmers in the Midwest produced record corn yields. One year later, despite adequate rainfall, corn yields were much lower.

Even though this phenomenon was first documented over 50 years ago, reasons for it aren’t totally understood. For many years, higher rates of respiration and a bigger use of energy at night at higher temperatures was cited as the cause. However, Jeschke says research dating to 1999 indicates that higher respiration probably doesn’t have a large impact on yield. Instead, newer research after the 2010 growing season carried out at Iowa State University points toward accelerated phenological development as the primary cause.

Why does speeding up maturity reduce yield potential? If there’s less time between silking and maturity, there is less time for photosynthesis during grain fill. As a result, that means less energy is converted into corn grain, Jeschke says.

Computer modeling by ISU researchers showed that lower night temperatures in 2010 could have extended the month-long period following silking by a week. That’s a significant amount of lost time for grain fill. They concluded that higher-than-average nighttime temps both shortened grain fill and reduced yield.