Corn Pest Beat: Insect damage can lead to treatment costs and yield loss. How much risk do you want to take? 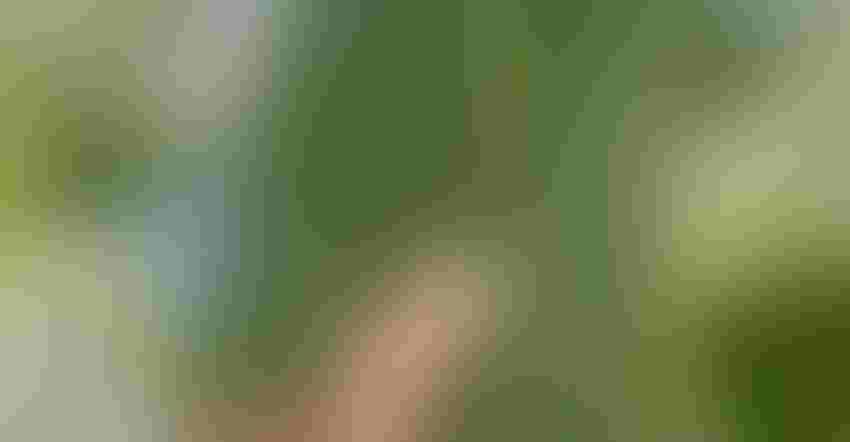 ROLL DICE: You’re banking on minimal insect pressure if you opt for non-GMO corn and don’t use insect treatment or scout carefully. Corn borer caused the shot-hole feeding in this leaf.

I can buy non-GMO corn for $100 less per bag, or about $40 less per acre. How much insect damage can I tolerate and still be money ahead planting cheaper seed?

Flaningam: On average, non-GMO corn is approximately $80 per bag cheaper. That’s about a $32-per-acre savings at a 32,000-seeds-per-acre seeding rate. Things to consider include yield potential of GMO vs. non-GMO corn, rootworm pressure, late-season insects such as corn borer and corn earworm, and types of herbicide tolerance you need. Seed treatments and in-furrow insecticides should be considered if you are planting non-GMO corn. Rootworm feeding on corn can affect yield potential more in a stress year since less roots will mean less nutrient and water uptake.

Kneubuhler: Planting non-GMO corn can be a great decision for many reasons, but it’s a decision that needs to be managed. I think it’s wrong to group insect damage into one bucket because all insects and insect damage aren’t the same. To best answer this question, it relates somewhat to your location in the state and your past insect pressures.

If you’re located on the west side of Indiana and may have experienced past rootworm pressure, then you can’t tolerate too much damage before yield impacts start to outweigh the savings on the seed. If you live in the southern part of the state, then corn borer can be a costly pest if not managed appropriately. In fact, corn borer can be costly anywhere in the entire state if not managed properly.

Stein: You can’t stand very much insect damage and still come out ahead. At $3.50-per-bushel corn, you could tolerate about an 11.5-bushel-per-acre loss in yield. However, that doesn’t factor in the loss in harvest efficiencies and additional costs from shelling lodged corn from rootworm damage or combining corn that’s flat on the ground due to corn borer damage.

It doesn’t take much of a rootworm or corn borer infestation to account for an 11.5-bushel-per-acre loss. If you have rootworm pressure in your area, I would recommend a soil-applied insecticide, or a Poncho 1250 seed treatment at the very least. It’s imperative that you scout your non-GMO cornfields throughout the growing season. There’s not much you can do if you have a corn rootworm larvae problem without a soil- applied insecticide, but you can mitigate damage from infestations of cutworms, corn rootworm beetles, first-generation corn borer and western bean cutworm with a timely application of an insecticide.