&bull; As a result of her success as a diversified farmer, Annie Dee has been selected as the Alabama state winner of the 2013 Swisher Sweets/Sunbelt Expo Southeastern Farmer of the Year award. 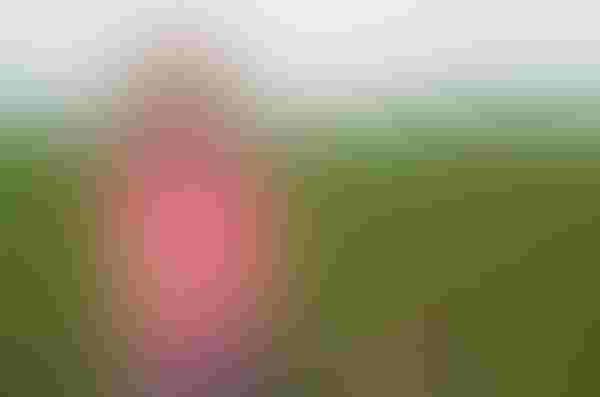 Though not raised on a farm, Annie Dee grew up in farming country in southern Illinois.

After studying agriculture in college, she farmed land her parents owned in Florida. This land was later sold to start another in west Alabama. Over the years, she transformed Dee River Ranch near Aliceville, Ala., into a modern row crop and beef cattle operation.

As a result of her success as a diversified farmer, Dee has been selected as the Alabama state winner of the 2013 Swisher Sweets/Sunbelt Expo Southeastern Farmer of the Year award.

Dee joins nine other state winners from the Southeast as finalists for the award. The overall winner will be announced on Tuesday, Oct. 15 at the Sunbelt Ag Expo farm show in Moultrie, Ga.

They harvest high moisture corn in July to gain top seasonal prices. The farm has about 253,000 bushels in grain storage capacity, and the Dees are planning to add more storage to help market their grain crops for higher prices.

Irrigation has become a major emphasis. In 2011, the Dees built a 25-acre reservoir and two pivots. They later built a 110-acre irrigation reservoir and five pivots. This year, they added 11 new Lindsay center pivot irrigation systems. “My goal is to have 100 percent of the row crop acreage irrigated,” says Annie. With additional irrigation, Annie believes she can eventually grow corn yielding an average of 300 bushels per acre.

Lindsay officials now bring staff and clients from throughout the world to Dee River Ranch to see how integrated irrigation systems can increase productivity.

Some land is forested

Some of the land is forested and additional land is enrolled in the Conservation Reserve Program. The timber includes about 836 acres of pine trees and 65 acres of hardwoods. Sawtooth oaks have been planted as borders to support wildlife. They also use a forester to help market the trees. Current plans call for thinning the pines twice before taking a final sawtimber cut.

Annie and Mike also use cover crops to increase organic matter, improve water-holding capacity and improve erosion control. In addition to traditional covers such as rye, wheat, clover and oats, they have also planted radishes and sunn hemp as cover crops.

Beef cattle at Dee River Ranch include about 711 cows and 58 bulls. Annie and Mike increased the number of calves weaned and raised by paying close attention to nutrition and taking a stand against coyote predators.

“We sell cows that do not produce and raise a live calf every year,” says Annie. “We have increased the number of brood cows, and now have a productive and efficient herd.” They’ve built new cattle handling facilities and have stabilized the soil around feeding and watering areas. They use electronic identification on all their cattle so that cattle can be traced back to the farm if there is ever a disease concern. “This is an attempt to give credibility to the cattle producer starting right here on my farm,” says Annie.

After studying agriculture at Clemson University, she started working on the family land in Inverness, Fla., where her first job was sanding and painting rusty gates.

In 1989, the family sold this land to the Southwest Florida Water Management District where it is now used to recharge aquifers that provide water for Tampa and St. Petersburg. After selling their Florida land, the family purchased the land in West Central Alabama where Dee River Ranch is now headquartered.

On the state level, she has won the Alabama Governor’s Conservation Achievement Award. She has partnered with the Alabama Rural Medical Scholars program. She has served on statewide wheat and feed grains and soybean committees. She serves on the Alabama Soybean & Corn Association board. She also served as chaplain of the Alabama Cattlewomen’s Association.

Her farm has been recognized by USDA for its conservation. She has been on an international marketing committee for the United Soybean Board. The farm was also recognized with an environmental stewardship award for the Southeast.

She has been very active in two outreach programs sponsored by the HGB Foundation, founded by philanthropist Howard G. Buffett. One is called Invest an Acre that encourages farmers to donate the proceeds from one or more acres to benefit regional food banks. Proceeds from her acre are matched by Monsanto and contributed to The Lord’s Pantry. “I have become an ambassador for the program in Alabama, recruiting other farmers to participate,” adds Annie.

The other is called Harvesting the Potential. This HGB Foundation program encourages farmers to use conservation practices such as no-till planting which can lead to higher yields that can help in feeding hungry people. “My commitment is to freely share my experiences with other farmers,” she adds.

Annie is married to Ed Sikora, a professor and Extension plant pathologist with the Alabama Cooperative Extension System. He has been widely recognized for his work in detecting and controlling plant diseases such as soybean rust.

Her twin sons Seth More and Jesse More are both active in helping to run the farm. She also has a daughter Rachel More who lives in Florida and works at an independent living facility.

As president of Dee River Ranch, Annie supervises 18 full-time employees. “We produce good quality food for people all around the world,” she says. “So many challenges face us every day. There is such enjoyment in seeing things grow, and it is so rewarding to realize we are caring for God’s creation.”

Jeff Helms with the Alabama Farmers Federation is the state coordinator for the Farmer of the Year awards. Annie was nominated for the award by Matthew Durdin, area organizational director with the Alabama Farmers Federation. “I’ve known Annie and Mike for 10 years,” says Durdin. “They have gone above and beyond what is normally expected of farmers. They are true stewards of the land.”

As the Alabama state winner of the Swisher Sweets/Sunbelt Expo award, Dee will now receive a $2,500 cash award and an expense paid trip to the Sunbelt Expo from Swisher International of Jacksonville, Fla., a $500 gift certificate from the Southern States cooperative, the choice of either $1,000 in PhytoGen cottonseed or a $500 donation to a designated charity from Dow AgroSciences, and a Columbia vest from Ivey’s Outdoor and Farm Supply.

She is now eligible for the $15,000 cash prize that will go to the overall winner. Other prizes for the overall winner include the use of a Massey Ferguson tractor for a year from Massey Ferguson North America, a Heritage gun safe and another $500 gift certificate from Southern States, the choice of another $1,000 in PhytoGen cottonseed or a second $500 donation to a designated charity from Dow AgroSciences, and a Columbia jacket from Ivey’s Outdoor and Farm Supply.

Swisher International, through its Swisher Sweets cigar brand, and the Sunbelt Expo are sponsoring the Southeastern Farmer of the Year awards for the 24th consecutive year. Swisher has contributed some $924,000 in cash awards and other honors to southeastern farmers since the award was initiated in 1990.

Alabama has had one overall winner with Raymond Jones of Huntsville being selected as the Southeastern Farmer of the Year in 1996.

A distinguished panel of judges will visit Dee River Ranch, along with the farms of the other nine state finalists, during the week of Aug. 12-16.