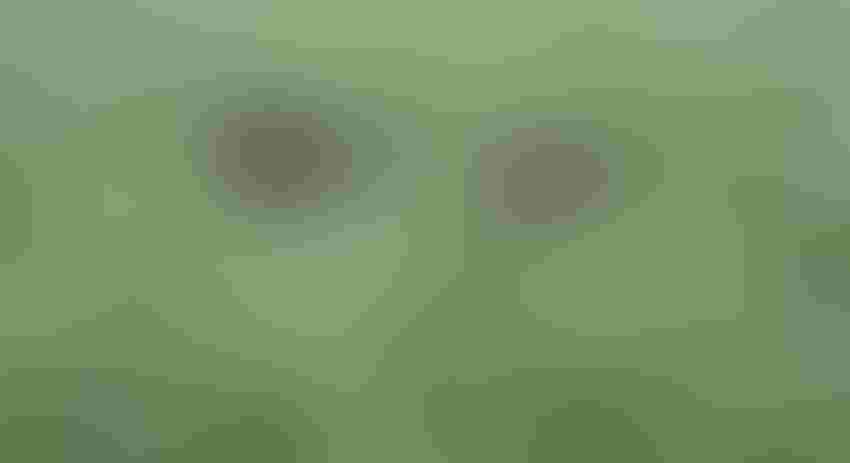 A cow and calf graze on a summer cover crop of pearl millet.USDA ARS

Most of the West’s water derives from snow. Changing weather patterns decrease snowfall and cause it to melt more quickly than previous records. Snowbanks provide much needed late-season moisture when they slowly melt through the summer months. This gradual release feeds water to streams and mesic — high moisture — meadows. Changing weather patterns decrease the snowbanks in high-elevation sagebrush rangelands, and melt those present by spring’s transition to summer.

Bok Sowell, a rangeland ecology professor at Montana State University, evaluates the water retention performance on over 200 small water-spreading structures on public and private lands in southwestern Montana. “A little dam across a gully slows the water down to absorb more inflow into the soil,” Sowell explains. “This grows more grass and forbs for livestock and wildlife. It also produces more insects for sage-grouse chicks and hens that move to wetter areas in the autumn.”

Sowell cautions that this practice is labor intensive. “It took a group 20-people strong over a couple years to build all the dams that I evaluate,” he says. “That being said I have seen some ranches, where ephemeral streams were down cutting, build check dams to stop the moisture loss. Generally, these ranchers have a backhoe or excavator on site.”

Some of the larger dams, 30-to-40 feet across, are highly effective. A rancher in eastern Montana built such a check dam structure across a gully that only ran with water during snowmelt and heavy rainstorms. “I saw it about 10 years after,” Sowell recalls, “and chokecherry and green ash had grown into it. I was amazed by the amount of grazing it produced. His cows didn’t have to travel far for good quality forage. The downside was the people downstream were unhappy with the situation, because he trapped all the moisture.”

The effectiveness of check dam structures depends entirely on the amount of snow and rain received. In a big water year, even the small check dams show a big effect. “Literature stays that returns are seen after about five years,” Sowell says. “We started our evaluation two years ago. We look at whether they keep it wet enough so that these places that would normally dry up in like July actually stay wet through August or September. We haven't really seen that happen yet. The other question is, do they produce more plants? The answer is also no, because we haven't really had a lot of flows.” The last two years have received normal or below normal moisture. There were no deep snows and snowfall was 70% of normal.

While check dams span an ephemeral stream or gully, a beaver dam analog structure can be placed in running waterways. Over a decade the Montana Game and Fish live-trapped about 50 nuisance beavers moved them into a Wilderness Area. Today, the colonies have stabilized at a population of about 2,000 beavers. When the original nuisance beavers were re-introduced, the willow canopy cover sat at 13 percent. Today, it is 48 percent and the water retention increased along side it.

“When walking around any of the high mountain meadows in the Western US,” Sowell says, “you'll find remnants of unoccupied beaver dams. Beaver trapping changed those big meadows that formerly held a lot of water and sediment. When the beavers left, and their dams diminished, the water channels started cutting and losing more moisture down in the valleys.”

Sowell and his students previously helped the Bureau of Land Management and ranchers install fake beaver dams in Wyoming. “One rancher had exterminated the beavers on his place,” Sowell recalls, “and removed all of the willows in his meadows. Soon, his stream started head cutting back toward his house. We built about 12 beaver dams. It was not an easy chore. We built fences 30 feet apart and anchored them 15 feet into the banks. This made them level with the waterline and strong enough to hold larger flows to slow down the water and trap sediment. We stopped the head cutting and the rancher learned that willows and beavers aren’t all that bad. There are a lot of simple things like this that we realize are detrimental after we do them.”

It is beneficial to re-populate beavers on ranches to improve riparian areas. Often, ranchers decide to place the beavers in a certain area where human conflicts are minimized. Such as away from irrigation culverts, which beavers will busily stuff with willows. “Riparian areas produce five times more forage than uplands,” Sowell says. “When you trap water for soil moisture, whether through man-made dams or beavers, you will increase forage production. It’s almost like adding a hayfield.”