Think DifferentReplacing crops with perennial grasses along tree line increase overall field profitability, thanks to Profit Zone Manager software. It showed losses in the $300/acre range on thin, heavily sloping ground that is adjacent to tree lines.Working together, an Iowa ag retail cooperative, a wildlife group, the government and a software developer, hope to work with hundreds of farmers in the coming years to help improve farm profitability, soil and water conservation and wildlife habitat.&ldquo;We are looking at fresh approaches that are environmentally friendly that also have a stronger working land component. That could entail using parcels not conducive to corn or soybeans for seed needed for the burgeoning cover crop market,&rdquo; says Ryan Heiniger, Pheasants Forever. 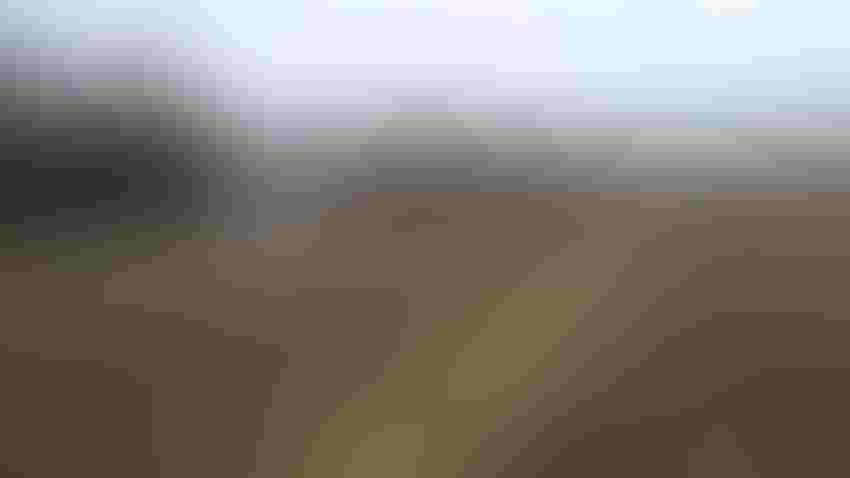 <p>Snow along the tree line on Carter&rsquo;s hill farm is roughly the width of the new 20-foot wide filter strips that Carter plans to seed this spring. In total, filter strips on the upper and lower edge of the tree line will be a little over a half mile long. </p>

But understanding the economic impact of adopting conservation practices was a challenge. As a farm kid who helped run his parents’ farm on the side before taking over the operation in 2014, his gut told him that a farm’s bottom line often would improve by adding buffer strips and other conservation measures. But coming up with credible numbers to back his gut was elusive.

So when Carter had an opportunity to use new software that addresses the dollars and cents implications of soil conservation practices on his farm near Randolph, he jumped at the chance. The results confirmed his gut instinct that a field would be more profitable if he replaced several acres of crops with perennial cover on a hilly farm – plus it would reduce soil erosion and runoff. He also has an eye on changes to a couple other farms in the future.

“The software confirmed my suspicions that farming these areas wasn’t profitable,” says Carter. “They were losing a lot of money.”

PZM, which analyzes profitability on a subfield level based on actual yield data and crop budgets, often identifies money-losing parts of fields that also are environmentally sensitive, says Thomas Fawcett, precision ag field manager for Heartland Co-op. “We have found from using PZM that the overlap of managing a field based on profitability and managing a field to help the environment is very high,” he says.

“We want to run 100,000 acres through PZM over the next two years in Iowa,” with emphasis on environmentally sensitive watersheds, says Ryan Heiniger, Pheasants Forever regional manager for Iowa, Minnesota, Wisconsin and the Dakotas. “Pheasant Forever is a strong believer in the common ground between agriculture, wildlife and the environment. This really is a win-win-win for farmers, wildlife and water.”

To help stimulate participation in the program in Sac, Buena Vista and Calhoun counties in Iowa, AgSolver, Pheasants Forever and The McKnight Foundation have discounted PZM’s cost to $650/farmer, down from $2,000/farmer. With support from NRCS, Pheasants Forever also has hired a precision ag business planning specialist at Heartland’s location in Neola, IA. He’s working with farmers on PZM farm analyses and coordinating with NRCS on applicable conservation programs.

On Carter’s hill farm, PZM showed losses in the $300/acre range on thin, heavily sloping ground that is adjacent to tree lines that cut the 45-acre field in two. “Areas bordering trees don’t generally produce well,” says Carter. “I wanted to know how far I had to get away from the trees to increase profitability. PZM gave me those boundaries.”

Carter is planning to take about 4 acres out of production and enroll the ground in the Conservation Reserve Program. “In a small area where I am currently losing money, CRP will pay me more than $300/acre,” he says.

Putting the field edges in permanent cover “should decrease the amount of nutrients leaving the farm and getting directly into surface water and groundwater,” Carter says. “In these areas, I tend to get water running. Now they will have permanent cover and I won’t be applying nitrogen, phosphorus and potassium.”

Carter has two other farms in mind for PZM analysis. Both are bottom ground subject to flooding. A preliminary analysis of one cash-rented field shows he would have to increase soybean yields 36 bushels/acre in some field areas just to break even. “This is something I will look at again in the future and work with the landowner to identify alternatives that could be more profitable for both of us and make it more healthy conservation-wise,” he says.

Heiniger from Pheasants Forever says the group is expanding use of PZM to other parts of Iowa, as well as Minnesota, Wisconsin and elsewhere, in partnership with crop consultants, ag supply and machinery dealers, watershed districts, NRCS and others. The wildlife group recently announced it was adding a precision ag specialist in southern Minnesota to supplement efforts of another staffer working in Marshall, MN.

“We are looking at fresh approaches that are environmentally friendly that also have a stronger working land component,” he says. That could entail using parcels not conducive to corn or soybeans for seed needed for the burgeoning cover crop market, he adds.