After last year's derecho in Iowa flattened cornfields and damaged infrastructure, rural communities are coming together to help rebuild. 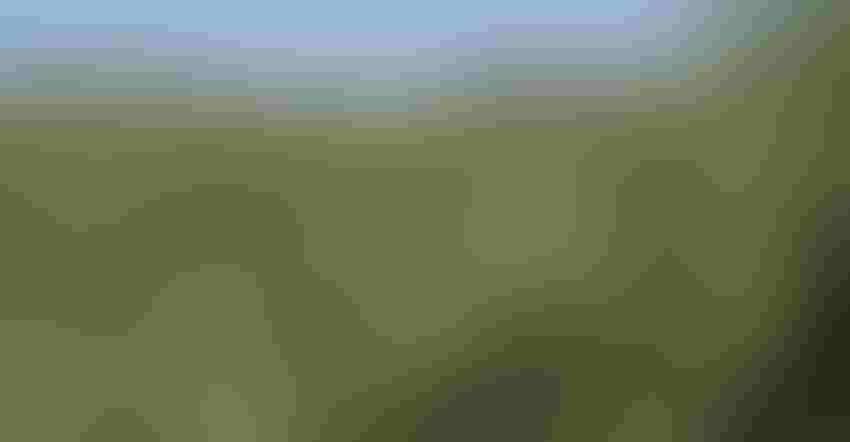 I once heard an Extension educator refer to planting season as one of the great wonders of the world — when farmers, and seed and fertilizer dealers come together to put a crop in the ground. It truly takes a community to make agriculture happen.

So, after the 2020 derecho on Aug. 10-11 that devastated communities and rural areas in Iowa and other Midwestern states, it's no surprise to see neighbors helping neighbors to clean up and recover from the devastating event — itself preceded by a period of prolonged drought in Iowa.

While these stories are numerous across the Midwest, one notable example has cropped up in Benton County in eastern Iowa.

While some were able to harvest 150-bushel corn and take advantage of higher prices at the end of the season, others weren't so fortunate. Many had to simply disk their corn under.

"Those that did pick their corn had to slow down to harvest. It was real horrible harvesting [in 2020] because they had to go so slow and figure out what direction to pick in because the corn was knocked over in different directions," Walston says, adding that some growers’ insurance wasn’t enough to offset the losses.

However, neighbors and the community at large have come together to aid the recovery of those affected. Organizations like the nonprofit Benton County Disaster Recovery Coalition have stepped up to help meet unmet needs for those recovering from the disaster. Specifically, those who have already received assistance through insurance and the Federal Emergency Management Agency and still need help getting back on their feet.

The coalition's membership includes bankers, social service workers and other residents of Benton County. The coalition was formed after the 2008 flood events in eastern Iowa, and has since helped those affected by disasters like the 2011 derecho and a tornado in 2016. However, the coalition began focusing on agriculture in September after the derecho in August.

Following the 2020 disaster, the organization has so far committed $34,000 in funds to help aid the recovery of farmers in Benton County. Funding was provided by multiple ag corporations.

"We've had everything from combine wear-and-tear after the storm punctured tires, a fuel trailer for a farmer, buildings that were excessively damaged, one producer that lost some livestock, and some fencing," says Walston, a member of the coalition since 2010. "We've had 18 cases on the ag side and have given anywhere from $25 up to $2,500. So it's not a huge amount, but we're trying to spread it out over Benton county and who needs help."

However, Walston adds, "the real story is neighbor helping neighbor."

"It has been a challenge for many to help their neighbor when they're busy cleaning up your own property, but many have taken on long-term projects to help a farm here and there," he says. "I've seen one individual in southern Benton County whose cattle buildings were badly damaged, and needed to get some buildings and sheds built. He had some close neighbors that helped take debris down and helped him clean up to the point he could start calving."

"I spoke to the mayor of Van Horne [Marty Junge] recently. He said, Aug. 11, some farmers were trying to figure out where to have their coffee — there was no electricity in Van Horne. So, they went to the fire department because they had a generator. People were still able to get together, have their coffee and see how everyone was doing after the storm. The world still went on," Walston says. "When I was in Van Horne the week after the storm, I saw people with tractors dragging trees and cleaning up. The city of Van Horne has planted a lot of trees already."

Meanwhile, buildings like machine sheds and hog barns are being replaced.

"Some growers have already got pigs back in their buildings, and that's quick for a $450,000 building. That's pretty encouraging," Walston says. "People are building new machine sheds, and contractors are getting things done. People are starting to heal."

This growing season, many will be coming together to put a crop in the ground. In many cases in central Iowa, it will be soybeans due to widespread volunteer corn. And, in that same vein, it will take a community to be vigilant and manage any challenges that pop up this growing season. As many observed in 2020, regardless of what's happening in the world — pandemic or natural disaster —agriculture carries on.