If the bottom has fallen out in your operation, what are the next steps? 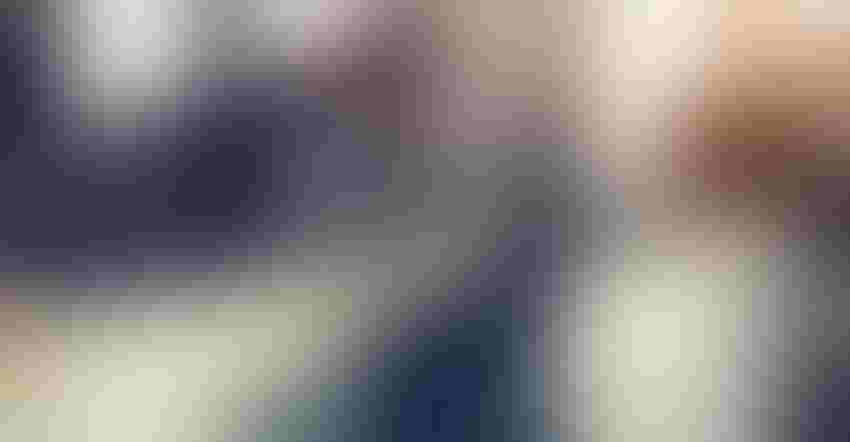 FINANCIAL CONSULTATION: If you’re in over your head at the farm, Chapter 12 bankruptcy may be right for you. While that chapter can simplify the process, the choice can be complicated. Jirapong Manustrong/Getty Images

A long stretch of below-average prices for key commodities is taking its toll on rural America, with more farms turning to bankruptcy as an answer. In agriculture, if your farm isn’t too large, there is an ag-focused solution under Chapter 12 bankruptcy.

A report by Debtwire, an Acuris company, has been widely quoted. It showed there were 474 new Chapter 12 filings in 2018, up from 458 in 2017. Maura Sadovi, one of the reporters at Debtwire who dug into those filings, found what many farmers may already know — the livestock side of the industry took it hard. For example, Sadovi and her colleagues found 43% of 2018 filings in Wisconsin last year were dairies.

“We looked at all the filings from 2018 to try to get a sense for the type of farmers that were experiencing the stress that’s been picking up since 2018,” she says. “It’s not near the level of the 1980s farm crisis — we don’t want to give that impression. It is an indication of rising distress that is seen in these Chapter 12 bankruptcies.”

But that may be just the tip of the iceberg. Chapter 12 bankruptcy was created during that 1980s farm crisis and was meant to be temporary, but was made permanent in 2005; and refinements have been worked on as late as 2017. Yet there’s a limit to the debt a farm can have and still be eligible for the filing. Right now, it’s $4.411 million in debt — which may sound like a big number — but bankruptcy attorneys say it doesn’t take much to top that value these days with the price of equipment and livestock on farms.

“If you’re just looking at the number of Chapter 12 filings that have been posted, you’re missing the big picture of Chapter 7 and Chapter 11 filings,” says Joe Peiffer, Ag & Business Legal Strategies, Cedar Rapids, Iowa. “Those are not easy to figure out. You would have to go through each filing to determine the statement of affairs to see if they’re farms.”

In the first quarter of 2019 alone, 130 farms filed for Chapter 12. But if the debt was too high to qualify for that provision, other farms may have been pushed to Chapter 7 or Chapter 11 filings. In the first quarter of this year, according to U.S. Courts data, there were almost 118,000 Chapter 7 filings and nearly 2,000 Chapter 11 filings. Peiffer explains that the current bankruptcy and debt crisis in ag may be underreported.

Adds Paul Swanson, an Oshkosh, Wis., bankruptcy attorney: “This is the fourth farm downturn in my career; they come and go. This is the deepest, longest downturn in the ag market.”

A farm business isn’t like other kinds of businesses, a fact recognized in the mid-1980s — when Chapter 12 was created. The provision allowed farms to take a breath, get debt back in shape and continue operation. While a lot of farms went under during that time, many were also saved; but the picture has changed. “In the 1980s, the value of real estate and machinery dropped dramatically,” Peiffer recalls. “Because it dropped dramatically, we could put a Chapter 12 plan together with debt equal to the value of assets, and pay 7% or 8% on the debt and pay the whole value over 30 years, and still have some money available for the farmer to live on.”

Chapter 12 offers relief from a critical issue for many farms — capital gains taxes. Back in the 1980s, when farm values fell, selling land didn’t bring much of a tax burden as a farm “rightsized.” Today, land values are up, and a farmer who bought land at $1,500 per acre could see values as high as $10,000 per acre for that ground. To sell some under bankruptcy would mean a capital gains tax bill on that $8,500 difference, which put farmers under significant pressure. That was rectified in 2017, and if a farm can file under Chapter 12, the capital gains tax on land sold can be deprioritized and discharged as unsecured credit. That can provide a soft landing for a farm trying to get its balance sheet back in order.

It’s one of the key factors that makes Chapter 12 desirable for farms in crisis. That relief from taxes is also an opportunity. Even though Chapter 12 is considered a kind of reorganization approach, for many farms it’s just a cleaner path to liquidation. That’s not good news, but being able to discharge the capital gains tax on land, equipment and breeding stock sales allows farmers essentially to get out without losing everything.

But that $4.411 million debt ceiling to filing is a hindrance. Swanson, the Wisconsin attorney, notes that the nature of dairies has changed over the years. A 500-cow operation is considered a smaller family farm. Yet with that many animals, as well as the parlors and crop-raising equipment it takes to run that farm, crossing the debt limit isn’t hard. “You look at what a tractor costs, or 100 acres or a good parlor,” Swanson observes.

Peiffer explains that the U.S. House and Senate are working on a measure that would raise that limit to $10 million, which would be a boon to some farms that right now would have to file under different bankruptcy chapters. “Half the farmers that come into my office are too big to qualify for Chapter 12, but they’re still family farms in my mind,” he says.

Swanson adds that farmers should contact their lawmakers to push for the higher debt limit for Chapter 12.

He also notes that farmers should not be ashamed if a bankruptcy becomes the only choice. “So many think that it is a moral failure to be in a Chapter 12 proceeding; it’s bankruptcy. But really, it is a tool that allows them to survive and mostly likely repay a part or all of their debt over time — instead of liquidating at unreasonably low prices, which ensures that their creditors will get less.”

If you’re farm is in trouble and you think Chapter 12 may be the answer — provided your total debt is below the limit — get in touch with an attorney familiar with this chapter of bankruptcy law. But what will you need?

Get ready for a complete financial examination. Peiffer explains he has a former banker on his team who takes a deep look at a farms balance sheet, runs the cash flows and starts assessing the value of everything on the farm. “That gives me time to go back and work on the legal side,” he says. “I let the banker talk to them and make sure the assumptions are good. We want to come up with a plan we can sell to the [bankruptcy] judge.”

Ask Swanson what you’ll need, and he starts with a quick list you’ll want to have handy: “I’ll want an income statement, a balance statement, a look at the actual values of assets and what they’re really worth. I almost prefer to talk to an auctioneer for land values, or get a look at a recent appraisal.”

For dairies, that also means showing all production records showing per-head, per-day information. And sharing whatever premiums that farm gets for its products.

With that information, the bankruptcy attorney can craft a plan to take to the judge to relieve debt; and if possible, reorganize the farm to save some value and keep you in business. If not, a “soft landing” can be devised, so your exit from the farm doesn’t leave you with a lifelong debt.

If your farm doesn’t qualify for Chapter 12, Peiffer explains that a trip through Chapter 11 to reorganize is much harder, and all creditors get to weigh in on your plan. Many farmers who have too much debt for Chapter 12 are looking at Chapter 7, which is a full liquidation of assets. Or, they might do a partial liquidation, so their total debt qualifies them for Chapter 12 —which allows them to use the reorganizational power of Chapter 12.

Today’s farm economy is showing stress cracks as continued soft prices eat away at asset values and income statements. While taking the bankruptcy road is a move of last resort, knowing your options matters.