There are no signs of widespread scab, but yields are down because of late planting last fall. 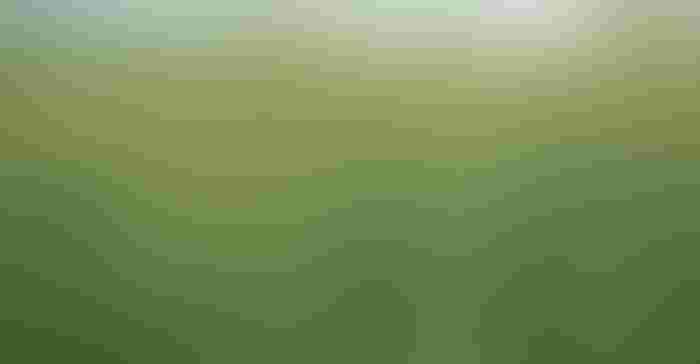 USDA Crop Progress Reports can be useful. But if you really want to know how a crop is doing, it’s best to go out and see for yourself.

That’s what a group of farmers, Extension educators and wheat industry representatives did last week throughout the mid-Atlantic, as five teams totaling 50 people counted plants and spikelets and looked for disease and insect pressures in wheat fields from Delmarva all the way to northern Pennsylvania.

“Those of us that went out all reached the same conclusion: That we don’t have a disease problem this year,” says John Sutton, owner of Sutton Trading Co. in Ambler, Pa., who’s been organizing the annual tour for 11 years.

But he doesn’t expect a bumper crop such as 2020, where growers reported record yields from great weather. That’s because last fall’s wet conditions delayed planting and tiller establishment. In fact, some fields on Delmarva weren’t planted at all, and this could lead to higher basis across the region.

“We’re looking for, based on the reports, average yields in the 75- to 80-bushel range, but everyone last year saw fields over 100,” Sutton says. “I think this year will be about normal.”

A tour of Berks, Schuylkill and Lebanon County wheat fields showed no evidence of fusarium head blight (head scab), which is the biggest yield robber in wheat. Scab reduces grain yield and test weight, and is a big deal to millers.

There was spotty evidence of other disease and insect pressures, including slugs, but nothing major that will affect yields that much. Del Voight, a Penn State Extension agronomist, wiped sweat from his forehead as he led his group through lush, green wheat fields in Kutztown, Lebanon and just outside Lancaster.

Voight says the disparity could be attributed to inconsistent spikelet counts.

Wheat cutting on the Eastern Shore could begin in 10 days, Sutton says. All other areas will start cutting wheat around July 4, which he says is behind last year’s pace. The crop isn’t out of the woods in terms of effects from weather. Sutton says that too much rain after maturity can lead to sprout damage and reduced test weights.

Delaware’s wheat crop is 80% coloring, well ahead of the 44% five-year average. The report rates 49% of the crop in good condition, 6% in excellent condition, 30% in fair condition, and 15% in either poor or very poor condition.

Ohio’s crop progress report had 91% of the state’s winter wheat heading, and 76% in good-to-excellent condition.

Gary Wilson, president of the Ohio Small Grains Marketing Program, says the weather has been pretty kind to most of Ohio with timely rains and cooler temperatures that wheat likes.

“We’ve always had a hard time competing with Europe and England, in relation to wheat yield, because they have a very cool, temperate climate there, while here it usually gets too hot, too quick,” he says. “We've not had that this year. We've had cooler temperatures, and so far as we're entering into mid-June, that's better for wheat. And with the high humidity the last few days, that's good for wheat to keep growing those kernels and growing those yields.”

Disease pressure is lower than in recent years, Wilson says. “Spraying for scab is all about timing, prediction and prevention,” he says. “For the most part, farmers don’t wait anymore because if you start getting rained on during the time scab comes in, that leads to vomitoxin and a nightmare. The crop is not in the bin yet, but the quality is looking good.”

In high-management wheat operations, Wilson says they’ll make multiple applications of fertilizer and fungicide. “It’s given them yield boosts unheard of 10 years ago,” he adds.

Some growers will take wheat off at the earliest opportunity to allow for double cropping of soybeans.

For others, there’s been some renewed interest in wheat as a cover crop. “They can no-till very easily these days, and as soon as they take off that soybean crop, they are sometimes following it drilling wheat,” Wilson says.

Do your own yield calculation

If you want to calculate your own wheat yields, it’ll take a little bit of time and some math, but it’s not impossible.

Del Voight, Extension educator with Penn State Cooperative Extension, says that he uses a method developed by the University of Nebraska-Lincoln that calculates the number of heads per foot in a row; average number of kernels per head; and then dividing by the row space.

1. Count number of heads per foot in five different areas of a field, then calculate the average.

3. Measure the distance in inches between the rows.

The formula is number of heads per foot multiplied by number of kernels per head, divided by row space and multiplying by 0.48. This should give you an average yield in bushels.