Understand how to calculate the cost and value of gains for your calf crop. 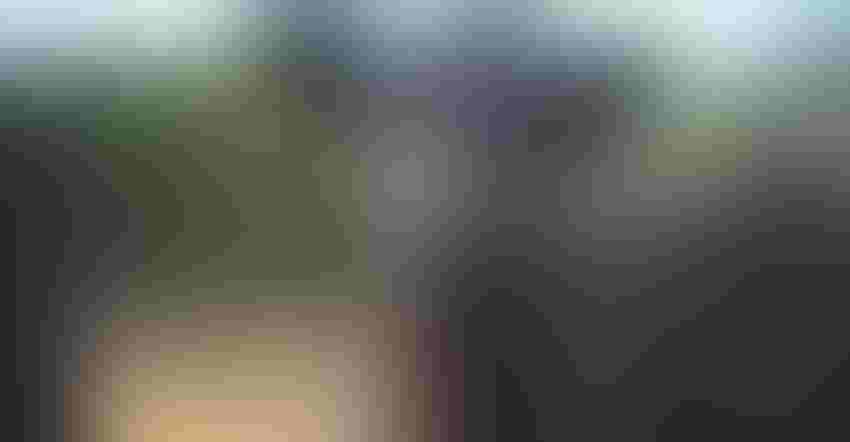 STAYING PUT: Cow-calf producers may have limited choices of where to go with calves through mid-2021. With feedlots and backgrounding operations reaching maximum capacity, beef calves are staying on the farm. Mindy Ward

Essentially, there's a sign that says “no vacancy” at feedlots across the country, says Wesley Tucker, University of Missouri Extension ag business specialist.

Tucker, who tracks livestock trends for Missouri farmers, says that in recent months feedlots have seen higher placements of cattle, the same cattle that would have normally shown up in the spring but were turned out to grass instead. The larger numbers continue to back up the supply chain all the way to the farm gate.

“With more placements and higher feed costs, feedlots are not anxious to bring new calves in,” Tucker explains. “Then the backgrounding yards that normally would be buying high-risk cattle, they don't have as much room either.”

He says that although the cattle market looks better in 2021, it may be the second half of the year before we see significant improvement. Space in the feedyard will be at a premium as well.

“This goes all the way back to the direct impacts of COVID-19 this spring,” Tucker says. But cattle producers can manage their herd for the future if they understand two things — the value and cost of gain.

How to calculate value of gain

Cattle producers often do not understand how to calculate value of gain. So, Tucker offers the following example:

Tucker analyzed prices for calves from 2010 to 2019. “I went back historically for the last 10 years and tracked the difference between each weight category," he says. "For instance, the difference in a 350-pound calf in January and what it was worth as a 450-pound calf two months later in March. The market has typically paid $185 per hundredweight or $1.85 a pound for that 100 pounds.”

The long-term trend points to the value of gain being higher for lighter weight calves. Tucker notes that with 450-pound calves in November, if retained to gain another 100 pounds to sell in January, the historical data shows the market paid $1.55 per pound to put on the extra weight.

If farmers keep that calf now weighing 550 pounds in January, retain it for another two months and sell in March, the total value of the calf has increased $275 for 200 pounds, or $1.38 per pound of gain.

“That is extremely valuable,” Tucker adds. However, he notes the value diminishes as the calves get bigger. Starting with a much heavier calf and trying to add on weight does not pay as well.

“What the markets are really encouraging is for us to get those calves to at least a representative target weight before moving on in the supply chain,” he adds.

Tucker encourages farmers to assess value of gain versus cost of gain.

Cost of putting on pounds

“For five years, we’ve had the luxury of really low corn prices,” Tucker says. “The reality is, if you are a cattle producer and want to sell calves, the price of corn is a direct influence on what feedlot buyers can pay for your cattle. So as corn price went up, the feeder calf price went down.”

However, he notes that farmers with extra forage not being used by the cow herd can put pounds on cheaper. Whether forage or grain, farmers must be able to put on the extra pounds or gain at less cost than the feedlot.

“If I can’t buy feed cheaper than they can,” Tucker says, “then farmers must add value to the calves by practices like weaning and vaccinations.”

Today, Tucker says, feedyards are discounting unweaned, unvaccinated calves. The investment in a few management practices may pay off in the long run with higher prices. “Then maybe I can still compete, even if I can’t do it cheaper than the feedlot,” he adds. “It really comes down to the cost of gain versus the value of gain.”

This type of analysis should be a part of an ongoing management plan to create flexibility, especially in areas that deal with drought.

“Most beef producers are overstocked with too many cows, and by this time of year are already running out of grass,” Tucker says. “But with a few less cows, that extra grass could be used to keep calves on the farm longer and capture good returns at a time of year when the market rewards those gains more than at any other time of year.”