Diversifying into specialty grains added revenue for this young farmer. 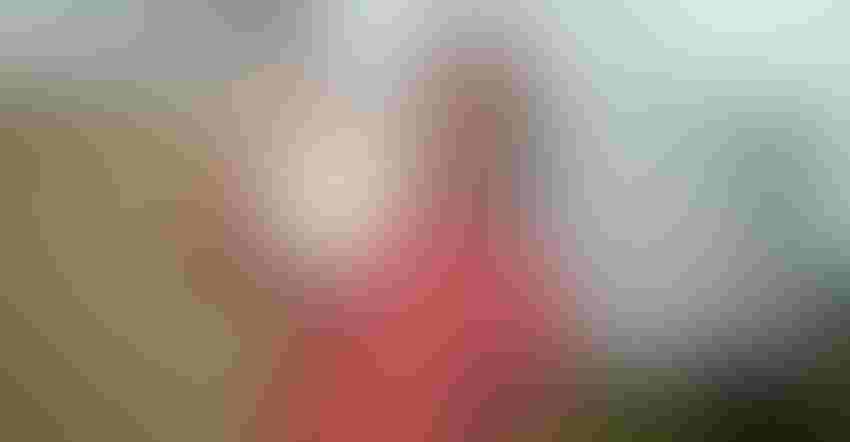 “If people demand it, and you want to be successful, you have to answer that demand or they will go somewhere else,” says Kentucky farmer Quint Pottinger.

It was the night before Thanksgiving two years ago when Quint Pottinger came up with a clever way to grow more revenue from the corn he was growing.

“I thought, why not bag some corn up for hunting season,” says the New Haven, KY farmer. Some quick research revealed he could get a hand bagger, floor scales and a bin to feed the system for around $6,000.

“I was thinking if I could get some small retailers to sell them at $7 a 50-pound bag, it would work out,” he adds. “If I could sell a third of my crop in a bag I’d be happy.”

Trying new ways to add profit is nothing new for the 30-year-old Pottinger, who farms with his wife Leah and his father Ramey. Quint helped grow the farm to 1,500 acres since graduating from University of Kentucky seven years ago. The Pottingers can trace their New Haven roots back 11 generations but they’re anything but set in their ways.

“My constraints as a young producer force me to try new things,” he says. “My dad is 68 and he loves new things.”

Pottinger’s bagging business got off to a promising start, selling 2,000 bushels in his first two months. Last May he bought a load of corn, bagged it, and by August 1 had four retailers calling for the product. Last year he grew 114-day corn as well as 77-day corn, which was harvested in July and double cropped with soybeans.

“We did that to have a steadier supply of bagged corn for deer hunters and provide summer cash flow,” he explains. “I don’t know if it’s been done in Kentucky before.”

Bagging corn for deer hunters opened the door to a new opportunity late last year when he got a call from Preservation Distillery, a craft distillery looking for cleaner (no. 1 yellow) corn. Pottinger struck a deal to provide bagged corn at the company’s specs. He had to shell corn at a higher moisture, then dry it down to 14.5%. He had to weld together a new rack for the super stacked bags the distillery asked for, then have it certified. But the company was willing to pay the extra costs.

After cleaning and bagging costs he netted 50 cents a bushel on 35,000 bushels of sales to the distillery. 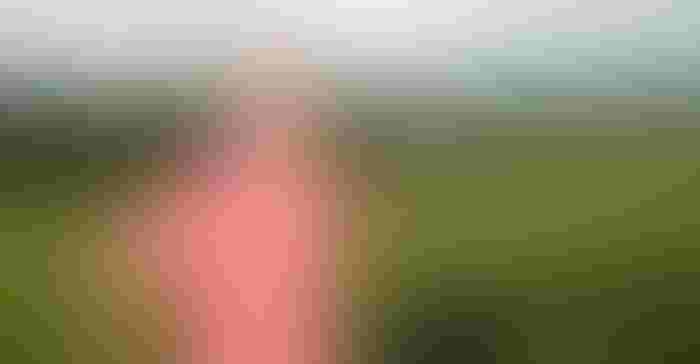 Now, driven by demand for local food, Pottinger will soon be growing rye, artisan grains, blue corn, and non-GMO corn. The Pottingers had grown rye as a cover crop and killed it in April, but now they’re taking it into June for harvest on a contract. They usually double crop soybeans after rye.

“We’re nimble enough because of our size and have fields small enough and spread out so they can be managed and contained, to grow some of these specialty crops along with our commodity crops,” he says.

All of it gave him a new attitude about growing whatever customers want.

“Ag is a consumer driven industry and not the other way around, and that was hard to get through my head,” he says. “I thought organic farmers would wreck our markets, but those farmers figured out how to give people what they wanted.

“If you can figure out how to fine tune the economics of your business you can step into the specialty markets,” he adds. “It’s challenging, but it’s also fun.”

Trying something new couldn’t have happened at a better time, with commodity prices in a tailspin.

“We were profitable from 2008 to 2012, but how can you offset digging into that working capital these last few years?” he asks.

Low prices have made life difficult for young farmers, and Pottinger is no exception. His debt service on his first year in farming was $400,000, but he was able to tap into his precision ag side business to cut that number by over half. Leah’s off farm job and work as a professional photographer anchors the family income.

“My operating line is always about 40% less than I need it to be, based on projected earnings,” he says. “It’s tough to convince a bank board that I’m a young, hard working farmer and can pay them back.”

It didn’t help when Pottinger had difficulties selling the ’15 and ’16 crops and got strung out on an operating note. But the banker gave him time to repay the loan.

“I’ve been open with lenders,” he says. “I’ve built several spreadsheets to try to help people understand where we are. I don’t want to be the guy who is hiding from the banker because I know I’ll need them to grow.

“I’ve been very fortunate to find a couple seed vendors who helped me grow and manage my crop finances; they took a leap of faith,” he says. “If it hadn’t been for those guys I don’t know if I’d be farming today.

“It’s still not great, but I can see the light at the end of the tunnel,” he concludes. “I’m happy to be 30 and farming full time. Our business plan is to grow as much as we can.”