This year, Iowa sent about 3,000 members, many of whom received various awards, to the National FFA Convention. 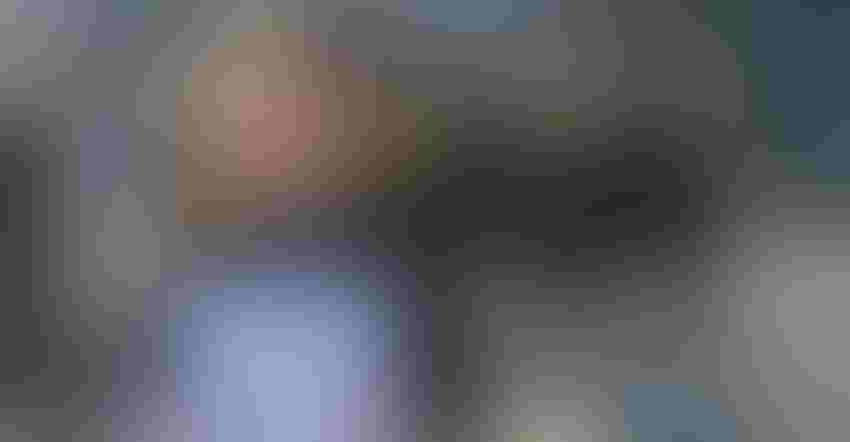 The 95th National FFA Convention & Expo celebrated its annual in-person convention the last part of October in Indianapolis. More than 69,000 FFA members and guests from throughout the United States, Puerto Rico, and the U.S. Virgin Islands attended this year’s event.

The Iowa FFA Association had representation from more than 3,000 attendees involved in all facets of the event. The following is a summary of results and accomplishments of Iowa FFA members in the respective national events.

Each year at the National FFA Convention & Expo, four FFA members are honored with American Star Awards for outstanding accomplishments in FFA and agricultural education.

Sixteen American Star Award finalists from throughout the U.S. are nominated by a panel of judges who then interview the finalists during the national convention and expo. Four are named winners and receive cash awards totaling $4,000. Blake Frascht of the Charles City FFA Chapter was selected as an American Star Farmer finalist.

The Agriscience Fair is for FFA members who are interested in the science and technology of agriculture.

Students can compete in 36 divisions across six systems areas: Animal Systems; Environmental and Natural Resources; Food Products and Processing; Plant Systems; Power, Structural and Technical; and Social Science. Divisions are set based on junior (grades 7-8), intermediate (grades 9-10) and senior (grades 11-12) projects, and whether the project is conducted by an individual or a pair.

The National Chapter Award program recognizes FFA chapters that successfully complete an annual program of activities, which includes a series of activities designed to encourage its members to grow as individuals, to work as part of a team and to serve others.

Charles City FFA represents Iowa in the Hall of States.

The Hall of States at the 95th National FFA Convention and Expo provides the opportunity for each state to showcase agricultural education, FFA and the agricultural industry in their part of the country.

The Agricultural Proficiency Awards honor FFA members who, through their SAEs, have developed specialized skills that they can apply toward their future careers. Four national finalists are selected for each of the award areas and will go on to compete for a national proficiency award. National agricultural proficiency award winners are announced onstage during the National FFA Convention.

Career opportunities abound within today’s agriculture industry. Career Development Events help students develop the abilities to think critically, communicate clearly and perform effectively in a competitive job market. CDEs cover a variety of job skills in everything from communications to mechanics. Some events allow students to compete as individuals, while others allow them to compete in teams.

The American FFA Degree is awarded at the National FFA Convention and Expo each year to less than 1% of FFA members, making it one of the organization’s highest honors. In addition to their degree, each recipient receives a gold American FFA Degree key. There were 158 American Degree recipients from Iowa.