Mother's Day can be hard, for any number of reasons. Could 'pre-grieving' help shift the sadness and preserve the day?

It’s just a few days before Mother’s Day and I’m here in my office, spring sunshine and wind outside my windows. Corn is planted, beans are started. Another season has begun.

I came across this piece of writing this morning, on pre-grieving. It’s worth a read, but the idea is that you intentionally grieve a loss before a big date or holiday, so as not to entirely ruin that day. 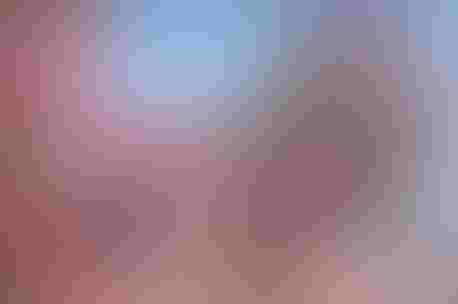 Though I think it has merit, I have never once thought of pre-grieving. I never knew that was a thing. Or that I could do it. In the grief I’ve known in my life, I’ve approached substantial dates and holidays as something to be endured and gotten through. I didn’t give them a lot of forethought; I planted my feet and braced for the impact, like a wave that has to come and that I couldn’t do anything about but try to stay upright. Smile and cry and make it through. On to the next thing.

In the past couple years, however, I think I’ve actually tried this pre-grieving thing, without calling it that. March is difficult, bringing with it a season of ‘lasts’ and milestone dates: Mom’s birthday, the day she died, my birthday – so many dates intertwined. The year Mom died, it was 80 degrees in March in southern Illinois and her daffodils were blooming like crazy. So the past couple years as March approached, I’ve intentionally gotten out the daffodil quilt, I’ve bought daffodils, I’ve put out more yellow. It reminds me of the hope we really had in that season. It helped.

This year, we’re approaching the fourth Mother’s Day without my mom. People say time heals but that’s not true; you just get used to living without. You adjust your sails and you get used to them being that way. People forget. You’re compelled to move forward.

Maybe it’s the same for you this year. Maybe this is a first holiday without for you. Maybe you’re struggling with how to celebrate it. For our family, the first Mother’s Day came just a few weeks after Mom died. My poor kids didn’t know what to do and we needed to do something entirely different, and so we did. I knew I didn’t have it in me to sit through a sermon on mothers, so we visited friends and met my dad halfway across the state, between our farms. It was different and it was right.

But this idea of pre-grieving – of setting aside the day and the time ahead of time to mourn and remember – I think it has a lot of merit. Being purposeful can bring peace when the milestone date finally arrives. We can release some sadness and still preserve the day to honor the really awesome mothers in our lives: those friends and family and sisters and women of our tribes that show us the way daily.

Here’s wishing for lots of those for all of us this Mother’s Day.