Other armyworm species can damage summer crops such as sorghum and fall-planted wheat. 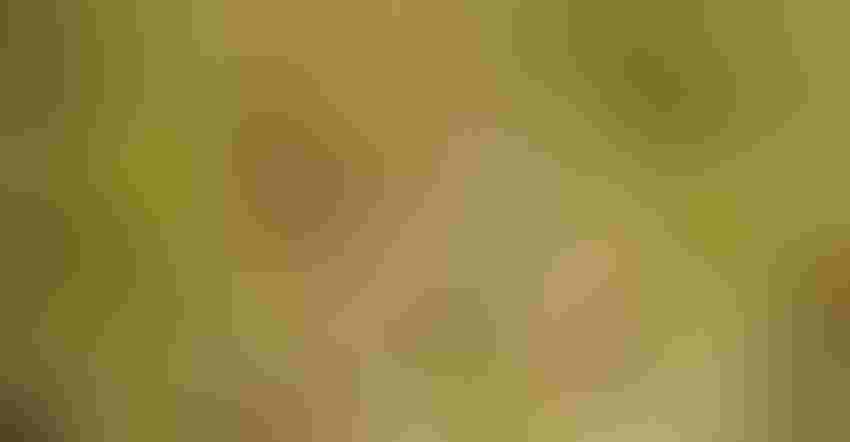 As winter wheat harvest is underway and summer crops are being planted, producers are encouraged to scout their fields for insects.

Tom Royer, a professor of entomology and integrated pest management (IPM) coordinator at Oklahoma State University, said this season of winter wheat has been what he calls the season of the mite. With producers already being in the midst of wheat harvest, mite damage is beyond prevention.

“We are now seeing a change in the maturity of wheat, and at this point, there’s not a lot more one can do about mites,” Royer said in a recent release. “By now, they have cycled out and any virus diseases have already been transmitted into the plants.”

With mites no longer an issue, Royer said wheat's only pest concern is the wheat head armyworm.

“It blends in with the wheat head so much that people sometimes don’t notice it,” Royer said. “It literally chews the seeds, then when a producer harvests the wheat and takes it into an elevator, they declare the kernels as damaged. The official term is insect-damaged kernels (IDK), and the wheat gets docked or rejected because of it.”

The armyworm, which is a caterpillar, will usually invade anywhere from 5 to 30 feet into the edge of a wheat field.

“If a person is looking closely, they can probably do something to knock them back to avoid confusion about kernel stock damage at harvest,” Royer said.

As producers transition into summer crops, it’s important to pay more attention to summer crop pests. In July and August, producers need to be wary of other species of armyworms — such as the fall armyworm — appearing in their crops, damaging sorghum and fall-planted wheat.

“A lot of the pests that come in the summertime, you just have to be aware of them and be checking your fields so that you know when they’re starting to build,” Royer said. “You have to use more corrective tactics than preventative and just keep your fingers crossed that you don’t have to correct.”

Royer said producers usually have suppliers and custom applicators available to provide them with the appropriate insecticide resources to correct pest problems. He encourages producers to scout their fields often.