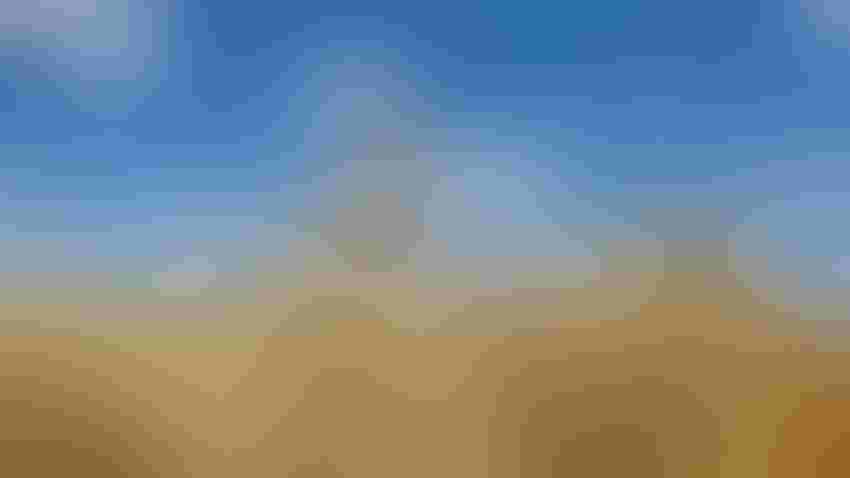 Wheat prices are high, and weather and market factors could make the crop an attractive option for Texas growers coming out of a severe drought, according to a Texas A&M AgriLife Extension Service expert.

Mark Welch, AgriLife Extension grain economist, Bryan-College Station, said uncertainty about accessibility to wheat around the globe has driven prices skyward, and emerging drought in wheat-producing areas of the U.S. could add to that trend.

Recent rainfall across many parts of the state improved conditions for Texas wheat, Welch said. Some areas had adequate planting moisture following widespread August rains, but other areas remained too dry to support crop establishment or to plant.

Some producers “dusted” crops in, planting seeds into dry soil, and hoped for rain, while others waited for moisture. The recent moisture could boost plantings, seed germination and crop establishment.

Most Texas wheat is planted for dual-purpose – cool-season grazing and grain – or for grain production, Welch said. The value of wheat as a forage, either for grazing, hay or wheatlage, and as a grain crop could make the crop very attractive to producers this season.

Welch said planted wheat acres typically trend upward following cotton abandonment, which was widespread this year due to drought. Wheat is also a relatively flexible crop when input costs like fuel and fertilizer are high. 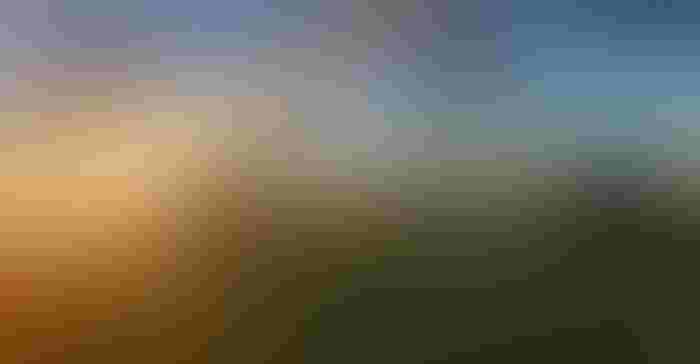 He said producers can plant the crop into the first part of December, let fields establish and wait until January or early February to invest money in fertilizer.

“Conditions look much better after much of the Texas wheat country got a drink,” he said. “The moisture could boost establishment and set it up for winter, and between that potential and the market conditions, wheat could be an interesting crop for a lot of producers.”

Welch said Texas wheat producers could have an opportunity due to high prices and uncertainty surrounding U.S. and global supplies.

Moisture levels worsened in other U.S. wheat-producing regions as they improved in Texas, Welch said. Large swaths of Kansas, Oklahoma and southeastern Colorado are experiencing extreme to exceptional drought, according to the U.S. Drought Monitor, and most fall planting windows for crop insurance in those areas have passed.

“If those areas do not get moisture, it creates a big question for U.S. winter wheat production, and that could mean better prices for Texas wheat producers,” he said.

The pandemic impacted wheat prices to a degree, but the Russia-Ukraine conflict has been the primary factor driving wheat prices upward, Welch said. The two countries account for around 30% of global wheat production, and the uncertainty of war has weighed on the market.

Welch said news that Russia may not extend an agreement that allowed Ukraine to export wheat created a price spike in the global market and injected more uncertainty. At the same time, Russia is reporting a record wheat crop.

Other wheat exporting nations like Australia and Canada have also reported strong production numbers, though European production was expected to be down compared to last year. Overall, global wheat production is expected hit an all-time high in 2022.

“It’s not a supply problem; it’s an access problem,” Welch said. “The uncertainty around exports and how grain flows are important. If the Russia-Ukraine war went away, I think wheat prices would fall significantly overnight. But the Russians control the Black Sea, and Ukraine is down on plantings and harvest. They don’t have access to fields or storage facilities, and Russia is looking at a bumper crop. All of it ties to the uncertainty of conflict.”

The district received some much-needed rains. Soil moisture levels were very short. Pasture conditions were poor and continued to decline as warm-season grasses were going dormant. Wheat plantings were limited with most producers waiting for more moisture. Some wheat and oat fields were emerging evenly following recent rains. Cattle body conditions were good, and producers continued to provide supplemental feed. Stock tanks were rising, and creeks were flowing. Cotton harvest was complete and remaining replanted cotton fields were terminated.

Most counties reported 2-3 inches of rainfall and a cold front. The cooler weather and rain were expected to improve conditions. Wheat emergence was spotty, but the rain should help fields. Producers were more positive about winter wheat following the rains. Cotton harvest was halted by the rain. Pasture and rangeland conditions were poor, but moisture should improve conditions. Many acres of rangeland experienced desert termite damage. Producers continued to feed livestock supplements. Wildlife were hitting supplemental feed hard as well.

Scattered, light rain fell around the district with trace amounts up to half an inch reported. Fieldwork continued with disking and pulling up rows. Winter pasture planting of wheat, oats and ryegrass was expected to wrap up within the next 10 days. Some armyworm activity was reported. Many beef producers were feeding hay due to limited grazing. Hay was in short supply, and producers were actively seeking bales. Calf weaning and limited herd culling continued. Pecan harvest was in full swing with fair yields being reported.

Areas reported up to 4.5 inches of rainfall, but some counties reported drought conditions remained. Water levels in ponds recovered some. Livestock were in fair to good condition with some diet supplementation taking place. Producers continued to search for hay to purchase. Wild pig activity was reported in Gregg County.

Some rain was received around the district, but soil moisture levels remained short. Wheat planting neared completion into very dry soil conditions. Many wheat stands were marginal to non-existent. Sorghum and corn harvests continued, and cotton harvest was getting underway. Cattle were being turned out into failed grain sorghum fields due to poor rangeland and wheat pasture conditions. Irrigated wheat pasture was expected to be available for grazing in about two weeks. Rangeland warm-season grasses started to go dormant.

Some counties received 1-7 inches of rainfall, but soil moisture remained short for most counties. Water levels rose significantly in many ponds, but livestock water was still a major concern going into winter. Winter crops should get a good start with the moisture. A portion of winter pastures and wheat were planted. Livestock were in excellent condition.

Weather was dry, windy and cooler. Overnight temperatures ranged from the mid-30s to mid-40s with days in the 60s-70s. Trace amounts up to half an inch of rain were reported. Remaining cotton was being harvested. Winter wheat was being planted, and most fields were emerging. Livestock were in poor to fair condition, and producers continued to ship calves. Livestock were receiving supplemental feed. Sheep breeding season was underway.

Conditions improved overall following beneficial rainfall that provided much-needed relief to stock tanks, soil moisture and small grains production. The rain was very light but was expected to be enough to get wheat up. Cotton harvest started but there were not many acres. The pecan crop was still questionable, but prices were good. Feeding of livestock and herd reduction continued.

Some counties received up to 1 inch of rain while other counties remained dry. Livestock supplemental feeding continued. Pastures were turning brown, and leaves were starting to change on trees. Cotton harvest wrapped up, and producers planted oats with some fields emerging after recent rains.

Soil moisture ranged from very short to adequate, depending on location. Areas received scattered rain showers. Temperatures were mild with cool mornings. Cotton harvest was mostly complete. Peanut digging continued. Rangeland and pasture conditions were declining. Livestock were in good condition and receiving supplemental feed. Beef prices were down a little. Most hay producers reported one cutting this season. Watermelon and cantaloupe crops were done, and Bermuda grass was entering dormancy. Pecan orchards were harvesting. Citrus harvest continued, and sugarcane harvest should begin soon. Cool-season vegetables were planted, and many fields looked good and were receiving irrigation.