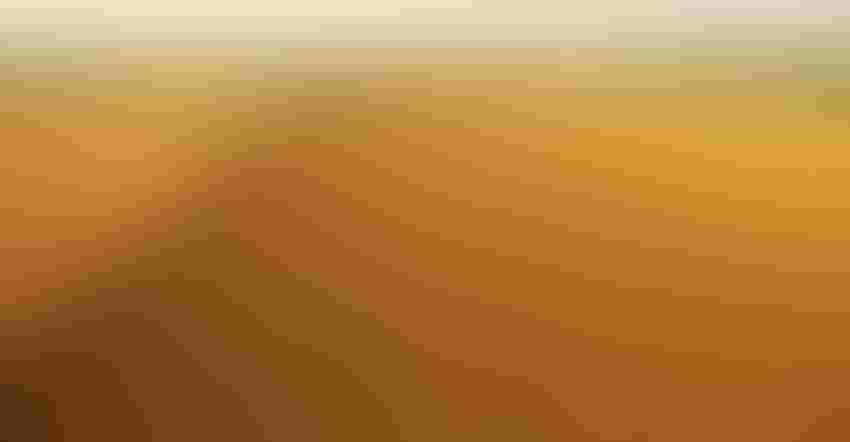 DRY CONDITIONS: While dry conditions are never wanted, one advantage it brings is a lack of disease pressure. Andy Sacks/Getty Images

Drought conditions varied across South Dakota during the last growing season, but one thing persisted across the state: good-quality wheat and optimism for the next year’s crop.

“The wheat crop for South Dakota wheat producers overall was good but spotty,” says Caren Assman, executive director of the South Dakota Wheat Growers Association. “It was dry for much of the state, but most producers saw a good crop with average test weight and bushels. There was very little disease pressure and proteins were strong.”

According to the South Dakota Wheat Outlook, as of Sept. 19, moisture conditions were:

South Dakota sees a near-even split in wheat acres between winter and spring wheat crops. Reid Christopherson, executive director of the South Dakota Wheat Commission, echoes Assman’s sentiments over the year’s wheat winter crop. “We had a very good winter wheat harvest with bushels per acre being in the mid-50s,” he says. “It was excellent milling quality and practically disease-free, with good test weights this year. Farmers were typically very pleased with that harvest.”

With the wide variance of planting dates, he says there were many different stages of the wheat crop during the hot and dry conditions. “In some cases, the variability wasn’t just seen in the counties, but even in townships and sections,” he says.

While dry conditions are never wanted, Christopherson and Assman share one benefit: lack of disease pressure. “The one nice thing that sometimes comes out of drought is to have typically fewer disease problems,” Christopherson says.

With wheat coming off earlier in the summer, grasshopper pressure was spotty in the wheat crop and mostly affecting other crops in the state.

While finished with the fall wheat harvest, Christopherson says about 32% of the state’s winter wheat crop had already been planted on Sept. 19. “We came off and now that our harvest is done, we’re around 25% seeded as we get into next year’s winter wheat crop.”

As farmers look to the next crop, Christopherson says producers should keep an eye on a few things. “Your moisture is going to be a big issue, and that’s kind of twofold,” he says, “One, there are places where people have existing stubble and can get in and see moisture there, which really brings some optimism. And there’s other cases where you move more to the east, and some of that winter wheat will be going into soybean stubble that’s starting to be harvested. Moisture in those cases certainly can delay that harvest and may even change producer plans for what they’re going to do for their next crop.”