Picks are based on yield performance and consistency from more than 30 multi-year, multi-site, irrigated and dryland trials harvested in 2014-2017. Test locations range from Lamesa to Perryton and west to Clovis, New Mexico. 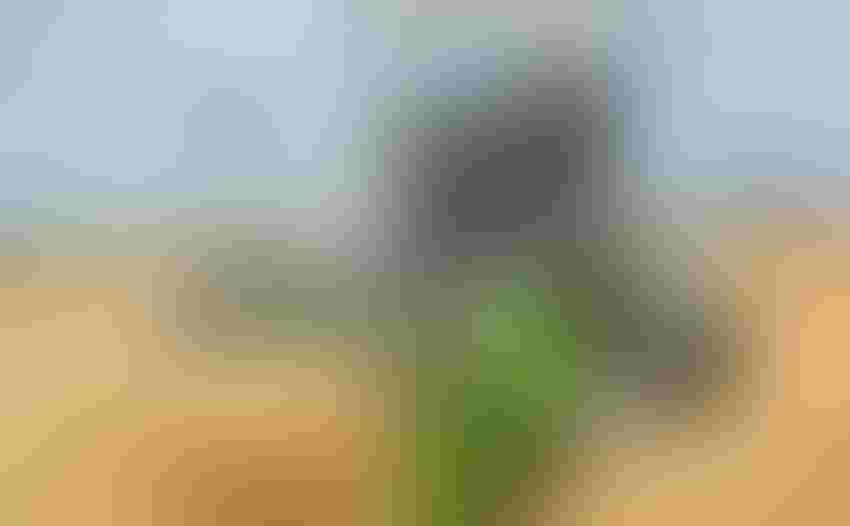 The summaries are derived from wheat variety trials coordinated by the Texas A&M AgriLife wheat breeding program in Amarillo with funding provided by the Texas Wheat Producers Board.

Picks are based on yield performance and consistency from more than 30 multi-year, multi-site, irrigated and dryland trials harvested in 2014-2017. Test locations range from Lamesa to Perryton and west to Clovis, New Mexico.

“Pick” varieties with a minimum of three years in the Texas A&M AgriLife High Plains tests continue to yield 6 percent to10 percent better as a group than all other varieties in both irrigated and dryland tests, according to the selection team.

There are no additions to the list for the 2017-2018 cropping season. The most recent addition, TAM 114, was added last year for all production conditions. TAM 114 has good across-the-board resistance to rusts, good straw strength, desirable milling and baking qualities, and also has intermediate resistance to some biotypes of Hessian fly.

The experts also keep a two- and three-year “watch list.” Denali, a Colorado line, remains a variety of interest, as it has been a good irrigated performer for the Texas Panhandle but not the South Plains.

“In general, the further south in the Texas High Plains we see Colorado lines – including Byrd and Avery – drop in performance potentially due to hotter conditions,” said Dr. Calvin Trostle, AgriLife Extension agronomist in Lubbock.

“We removed Gallagher from the previous 2016-2017 watch list as it appears better adapted to the Rolling Plains region and has the needed Hessian fly resistance. Iba, a similar variety, continues to be a better choice than Gallagher in the High Plains.”

Dr. Jourdan Bell, AgriLife Extension agronomist in Amarillo, said while producers might have a variety they prefer that is suited to their growing conditions, they are encouraged to include a Pick.

“Perhaps a Pick variety with a specific disease package, which may have been valuable in the stripe rust outbreaks of 2016 and 2017, or maturity that contrasts with your current variety, would be a good complement to your overall program,” Bell said.

Growing conditions affect yields each year, and 2017 was no exception, shown by a wide range of wheat production with some dryland yields exceeding 70 bushels per acre with typical yields in the 40 bushels per acre range.

Irrigated yields depended on inputs, but good rainfall in many areas contributed to yields of 80 bushels per acre and more in many cases.

The moisture situation over much of the region fostered favorable conditions for rust diseases, but the incidence of stripe rust in 2017 was lower. Where stronger stripe rust infections occurred in TAM 111 and TAM 112, yields dropped.

While the South Plains benefited from fall and winter growing conditions due to above average moisture and had a good grazing year, the Panhandle was not as fortunate, the experts said.

“In much of the Panhandle, the dryland wheat was ‘dusted in’ [without] sufficient fall precipitation to provide good fall forage,” Bell said. “However, the poor fall and winter conditions were relieved by good spring precipitation.”

The AgriLife High Plains Wheat Picks over the years often only include one or two changes from previous years, because multi-year data contribute to selections and wheat varieties tend to be available over many years, said Dr. Jackie Rudd, AgriLife Research wheat breeder in Amarillo.

“There can be good and bad years where a single variety might suffer or excel, but by taking the long-term look at them and over multiple locations, we can better identify those that will have a more consistent performance,” Rudd said.

After a two-year debate, the group removed TAM 111 as a limited irrigation and dryland Pick. This variety was removed as a full irrigation Pick for the 2015-2016 cropping season.

“It is important producers understand the basis for our decision,” Bell said. “Yes, TAM 111 remains by far the most widely planted variety in the Texas High Plains, but we are seeing increased inconsistency in performance. It is still outstanding in some cases, especially high-input systems with optimum fertility and fungicide management, but poor in others. Reports of underperformance in some irrigated trials were as much as 20 percent below trial averages.

“The reduction in TAM 111 consistency and performance, we believe, is in great part due to the lack of any meaningful resistance or tolerance to leaf and stripe rust,” she said. “TAM 111 continues to perform well in high management systems with the near automatic use of fungicide to control or prevent stripe rust.”

“Yes, there is a lot of saved seed and many producers will still purchase TAM 111 for the 2017-2018 cropping season,” Trostle said. “But be aware TAM 111’s success relative to other Pick varieties and varieties in general may likely depend on drier conditions less conducive to rusts and use of a fungicide even if infection levels are light or even simply as preventative.”

Full wheat variety testing results for the High Plains are posted this week, and a comprehensive report will be located on http://amarillo.tamu.edu and http://lubbock.tamu.edu.