The organization presented Earl Mallinger with a Special Member Recognition certificate for his lifelong involvement in wheat production. 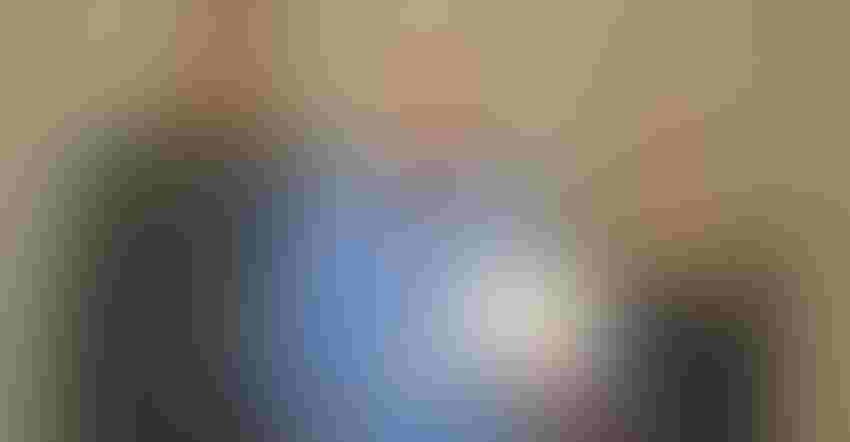 STILL FARMING: Earl Mallinger, Oslo, Minn., was recognized at the Prairie Grains Conference Dec. 13 in Grand Forks, N.D., for his lifelong involvement in wheat production and promotion. Accompanying him to the banquet were his grandchildren, Evan and Melissa Montgomery, both from Manvel, N.D.

During the Prairie Grains Conference banquet held Dec. 13 in Grand Forks, N.D, a few awards were presented, including a Special Member Recognition certificate to 100-year-old Earl Mallinger of Oslo, Minn.

Mallinger recalled that his dad started raising sugarbeets in 1927 — and how this past growing season, he had his best crop yet, which yielded 29.5 tons at 18.14% sugar.

Mallinger also raised potatoes for decades, and sold seed potatoes in both Minnesota and North Dakota. He received the North American Potato Grower of the Year Award in 1992.