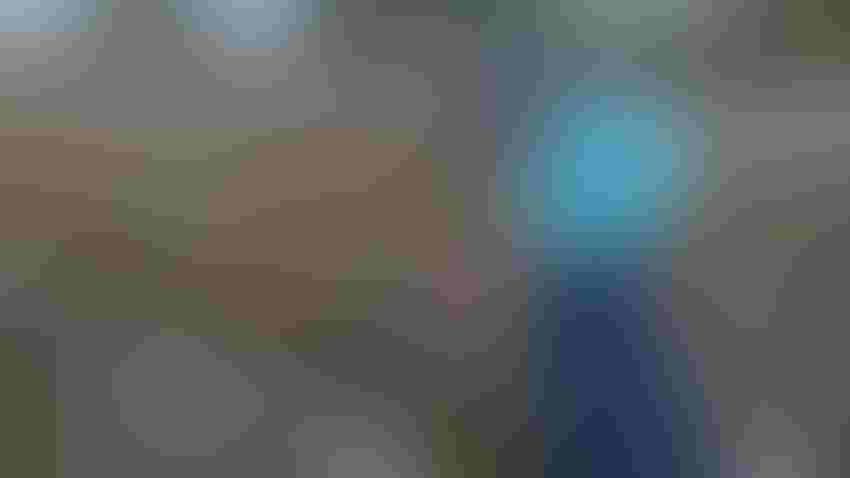 2022 is shaping up to be an interesting year from a weed management perspective. Supply chain issues coupled with expanding herbicide resistance could make this season especially challenging when it comes to weed control.

There are fears that glyphosate and glufosinate (Roundup and Liberty) will be in short supply this spring — either arriving late or not at all. So, what’s a farmer to do when he can’t get the herbicide he needs or when that herbicide is less than effective on the weeds in his field? Larry Steckel, University of Tennessee Extension Weed Specialist, is encouraging growers to have contingency plans in place for weed management this season.

“Supply chain issues and resistance issues are going to make 2022 more difficult when it comes to weed management,” Steckel said. “Hopefully, our popular herbicide products will be here in time with enough supply so folks can get what they need, but growers should really think about having a Plan B in place.”

Steckel shared what those alternative weed management plans could look like and how growers could potentially adapt their herbicide application plans to overcome supply chain and resistance issues.

Growers in Tennessee have leaned heavily on glufosinate to cleanup weeds dicamba missed or where dicamba couldn’t be applied such as field borders and buffer zones. What can be sprayed if that herbicide is not available?

“There’s not a really good substitute for glufosinate in post-emergence applications,” Steckel said. “We’re going to have to really lean on residuals — overlapping residual herbicides.”

“In cotton, that would mean going out at early burndown with some kind of residual in there, maybe a Prowl, or something like that,” he continued. “Then, right behind the press wheel, Cotoran, Caporal or Brake would be a really good choice.”

“Next, you’ll want to overlay another residual, such as Dual, around that two- to three-leaf cotton stage.”

Zidua herbicide can be impregnated or coated onto dry-bulk granular fertilizer. Steckel was impressed by this in research trials last year and he said growers experimenting with this method have had success.

“This is a way of getting out a herbicide that provides good residual control of Palmer amaranth and grasses  without tying up a sprayer that could be used to do other things,” he said. “The one drawback to applying in this fashion is that you can likely expect some leaf burn if the fertilizer is applied and the cotton leaves are wet. This will be something to watch for. In our trials we observed no cotton injury when Zidua was applied via fertilizer to dry foliage.”

For those unable to get glyphosate, Steckel said clethodim can substitute very well.

“There is some confusion on the rate with clethodim. That’s because floating around out there is a 1-lb product, a 2-lb product and a 3-lb product so it can get confusing on what rate to use. In general, to get the most control from a 2-lb clethodim product — particularly for tankmixing it with dicamba — is a pint or 16 oz of a 2-lb product. That’s where you really want to be to get consistent control of it.”

“The rates we used to use in the 8-12 oz range are not going to cut it, especially when tankmixed with dicamba. You’re going to see enough antagonism there to short you on grass control. At least use a pint. And the mindset ought to be going up from there. If the grass is a little large or if we’re getting a real cold, wet spell in that burndown timing, you may want to use a higher rate than a pint,” he said.

If glyphosate is not available in time for burndown applications, Steckel said an alternative to consider is mixing Verdict with clethodim for burndown, although growers should keep in mind that there is a six-month plant back to cotton restriction following Verdict applications. There is no waiting period to plant corn, soybeans or grain sorghum.

The other big question mark for 2022 weed management is the continued effectiveness of dicamba.

“We’re starting to see that dicamba is not as effective as it was even a few years ago on Palmer amaranth and water hemp. It’s not wall to wall, but we have pockets of fields where Palmer amaranth has pretty good resistance to dicamba. In other parts of the state waterhemp is showing resistance,” Steckel said.

“We’re going to have to start managing with the thought that dicamba is not going to be the great backstop it’s always been for those weeds,” he said. “It gets back again to overlapping those residual herbicides. It’s going to be the most consistent way to control these resistant weeds — overlay one residual after another.”

“And in some fields where Palmer amaranth is just starting to come up, going out and chopping them may be your best bet.”