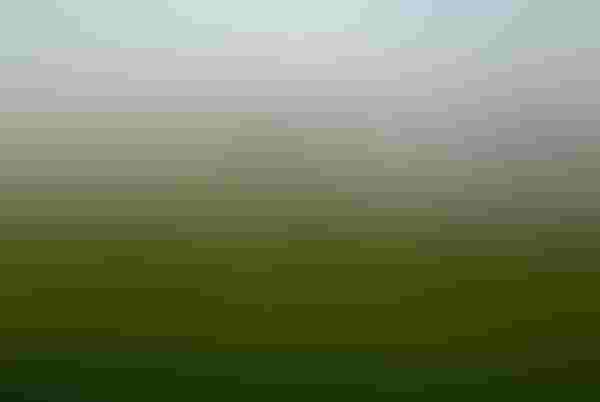 Plain and simple, farmers are behind the eight ball this spring with planting. On a five-year average, nearly 40% of the corn is planted by now. But as of Monday – a soggy spring caused by record winter snowfalls and pelting rains – USDA pegs that number at only 13%.

The wet, southern third of Illinois is causing great concern, says Aaron Hager, Extension weed specialist at the University of Illinois. In addition, other parts of the state are experiencing ponding from excessive rainfall, plus cool conditions. Only 10% of Illinois had been planted to corn as of Monday, below the five-year average.

Still, Hager says that he hopes farmers’ herbicide programs aren’t changing because of it.

“We have a lot of weed species right now, like winter annuals, that have flowered and are producing seeds. It’s a very dense matt of vegetation in some fields,” he says. “We encourage farmers to try and control any living vegetation before they plant, so do a burndown.”

As always, Hager adds that you continue to integrate different types of products into your herbicide portfolio to combat weed resistance issues.

So what if you have a field that’s been under water? Hager says that on the upside it might have drowned out some existing vegetation. On the other hand, if you’d already put on a residual herbicide before the flooding, you might not be able to expect a lot of that material to remain in active form.

“If that’s the case, we encourage farmers to be vigilant,” he says. “They may need another application, but keep a close eye on those fields because you may see weeds emerge quickly if the herbicide is not sufficient.”

On burndown, Hager says to read the herbicide label. For example, in some formulations of 2,4-D, after application there’s a seven day waiting before you can start planting.

In Iowa, the opportunity to use a soil-applied herbicide for weed management in corn – in the manner that provides the most stewardship and economic benefits – has been lost.

“The best option now is to apply residual herbicides in combination with a burndown product immediately prior to planting or immediately following planting but prior to the emergence of the crop,” he says.

Early preplant herbicide opportunities still exist for soybeans, but given the weed growth that currently exists, a burndown product should be included with the soil-applied residual herbicide, Owen advises.

“The sooner a soybean herbicide is applied, the better the weed management and the greater the soybean profits,” he says.

If a residual herbicide has already been applied before getting doused with 20 in. of rain, assume it’s no longer there and not able to provide any control, says Jason Weirich, Extension weed specialist at the University of Missouri, who took a break from filling sandbags to talk to us.

“Start clean with either tillage or a residual before or right after planting,” Weirich says. “We can still achieve excellent weed control using pre-emerge herbicides prior to planting when the soil dries up. We need that residual out there and then we need to get it activated.”

Weirich points out that less than half of the corn has been planted in Missouri and he expects some of those acres to shift to soybeans, unless farmers have already applied atrazine and then they have to follow label restrictions.

Greg grew up on a diversified crop and cattle operation in South Dakota, and has 22 years of experience covering the farming and livestock business. A graduate of South Dakota State University, he served as managing editor of BEEF magazine for five years, previously working for Farm Journal, Successful Farming and Feedlot Management magazines, as well as having served as an account executive with the Colle&McVoy advertising agency. Greg is the recipient of numerous writing and photography honors.