The aggressive weed has been expanding to new regions of Pennsylvania. 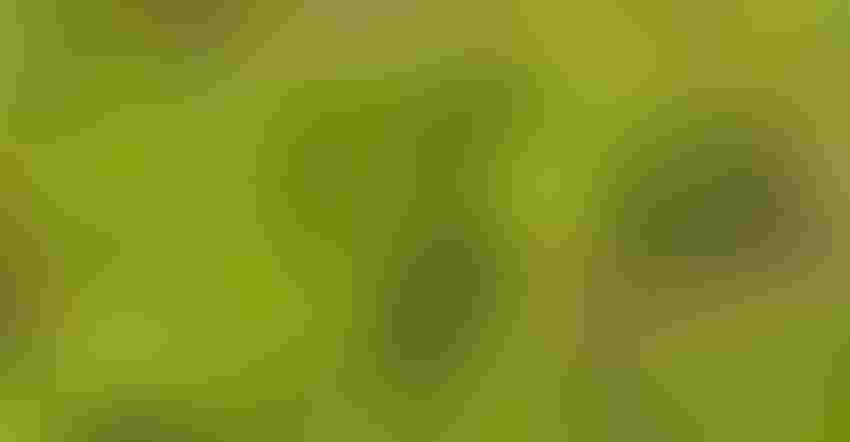 HEMLOCK HEADACHE: Poison hemlock is becoming more of an issue in Pennsylvania. This weed can be harmful if livestock feed on it, so now is the time to scout for it in fields. OlyaSolodenko/Getty Images

Now is the time to start scouting for poison hemlock. This weed has been expanding to new regions of Pennsylvania and its growth is becoming more aggressive.

Poison hemlock is a biannual weed of the Umbelliferae family (parsley), which can grow up to 6 feet tall and have a smooth, hollow stem.

The weed can easily be identified by the purple spots on its stems and its finely divided leaves, which resemble wild carrot (also referred to as Queen Anne's lace).

Poison hemlock has a musty smell, while the leaves often have a unique parsley smell when they are crushed. The weed can be found growing in fallow areas, fence rows, pastures, roadsides and creeksides.

It is native to Europe, northern Africa and western Asia, and was introduced to North America as an ornamental garden plant.

All parts of the plant are poisonous, and some studies have shown toxicosis with consumption of 0.25% fresh weight (of the animal’s weight) for horses and 0.5% for cattle. This would be 2.5 pounds to 5 pounds of fresh material per 1,000-pound animal. Mature seeds are the most poisonous. Significant poisoning can result in muscle paralysis and suffocation.

Being a biannual, seeds typically germinate in late summer through autumn. A small rosette forms, which grows vegetatively and may remain green throughout much of the winter.

The rosettes are quickly greening up now and will begin growing aggressively. Then, in late May the plant will bolt, shooting a single large stalk with small white flowers. After flowering the seed plant will die and scatter new seed, which will germinate and produce new plants as fall approaches.

Look for it in hayfields

Identification and eradication of this plant wherever livestock could come in contact is important. Also, hayfields and meadows that will be harvested should be closely walked, eradicating hemlock prior to any harvest. The toxicity can remain when harvested with dry hay or baleage, so don’t feed contaminated hay.

Additional help in identifying this poisonous plant can be found on Penn State Extension's factsheet on poison hemlock identification.

Use care when spraying

Care should be taken when eradicating the plant, so wear gloves and protective clothing. Contact with the skin has been known to cause irritation for some people. You can easily dig individual plants out using a shovel.

For larger infestations, several herbicides are effective for control. Applications are most effective when made before plants bolt in the spring. Preferred herbicides include 2,4-D + Banvel, Crossbow (2,4-D + triclopyr) or glyphosate as a spot treatment.

Source: Penn State Extension, which is solely responsible for the information provided and is wholly owned by the source. Informa Business Media and all its subsidiaries are not responsible for any of the content contained in this information asset.