Colden Bradshaw is the first recipient of the full-tuition Connie and Durwood Laughinghouse Agronomy Scholarship. 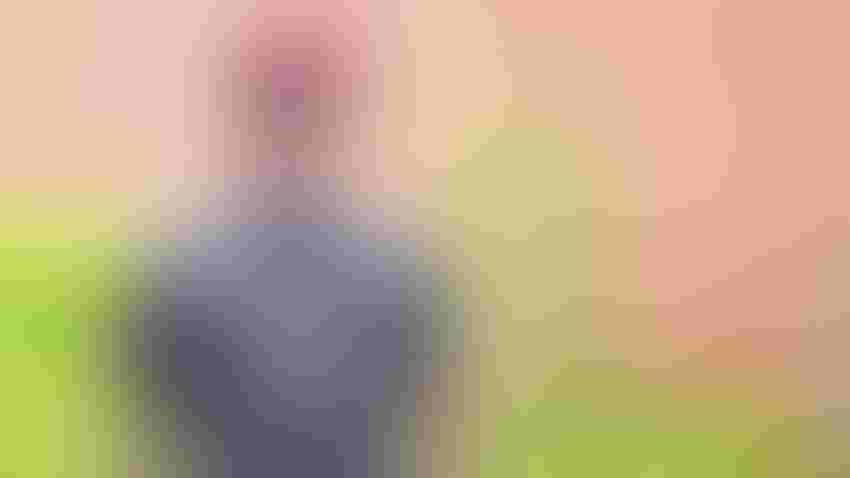 This fall, Colden Bradshaw starts his fourth year of an evolving academic path in NC State’s College of Agriculture and Life Sciences, from a two-year Agricultural Institute graduate to a bachelor’s student in agronomy.Colden Bradshaw

The Laughinhouse Scholarship was created for North Carolina students who have a background in farming and are interested in precision agriculture, spatial agronomy, and/or crop improvement.

David Crouse, director of undergraduate programs in the Department of Crop and Soil Sciences, was thrilled with Bradshaw as the first awardee.  “Colden has impeccable character, an unbelievable work ethic, a kind and generous heart and is fully focused on his education.”

This fall, Bradshaw starts his fourth year of an evolving academic path in NC State’s College of Agriculture and Life Sciences, from a two-year Agricultural Institute graduate to a bachelor’s student in agronomy.

This year, he’s also adding “weed science research intern” to his growing resume. He’s working in the greenhouse and the field on a project to detect chemical resistance in multiple weed species, a topic that hits near home.

“Weed science is one of the more difficult aspects of agriculture,” Bradshaw said. “Palmer amaranth is the most persistent on our farm, but there are many herbicide-resistant weeds across the state. I’m seeing first-hand why all farmers need to spread out their use of chemistry and to clean equipment between fields.”

Back home, Bradshaw’s third-generation family farm grows a familiar rotation of corn, wheat and soybeans but has recently been testing a few specialty crops. He’s watching his father wrestle with unrelenting farm pressures.

“I hear a lot about rising input costs,” Bradshaw says. “Unfortunately, most people these days are disconnected from agriculture. They see commodity prices going up which should be good,  but with high input costs, there really isn’t any benefit to the farmer.”

Bradshaw sees an opportunity to help farm communities, like his, through a potential career in Cooperative Extension.

“Extension does an excellent job of supporting farmers with the information they need, especially when they’re just starting out,” Bradshaw said. “I know not everyone from rural areas is able to attend NC State. Bringing knowledge of agricultural science back to the community is one way I can help.”

“We came from different size and scale farms, but farming taught us the same values. We developed the character that comes from growing, tending and getting dirty,” Connie Laughinghouse said. “Agriculture and a love for the land is something Durwood believed in strongly. So this scholarship was a seed that just took root.”

Durwood Laughinghouse was a powerful advocate for North Carolina  farmers throughout his career.

Durwood Laughinghouse grew up as a watchful student in his grandfather A.D. Swindell’s classroom. For Swindell’s innovation in crop production and contribution to eastern North Carolina farming, he was posthumously elected into the NC Agricultural Hall of Fame in 2000.

Durwood apprenticed under his legendary grandfather and parents who expanded the family enterprise, adding the vital community element of a grain elevator which connected rural NC farms to markets.

Durwood began a distinguished career, starting as the first attorney in the North Carolina Department of Agriculture. Chosen by Commissioner Jim Graham, Durwood went on to advocate for North Carolina's  farm communities as a lobbyist in the North Carolia  Legislature. Later, he worked diligently to enhance economic opportunity across North Carolina via rail as a Resident Vice President for Norfolk Southern Corporation.

Connie Laughinghouse reflects on the role of agricultural land and family farms as an economic engine.

“I hope students will look at the uniqueness of the Blacklands to North Carolina agriculture and how hard-fought it was,” she said. “Durwood’s lifetime of tenacious land preservation represented both his heritage and forward-thinking. He saw how farmland connected income, family and communities.”

The Laughinghouse Scholarship is the university’s first and only full ride in agronomy. While it carries the family name, Connie Laughinghouse is quick to shift the spotlight away from her family and to the road ahead.

“I hope our gift will let someone else follow their dream in farming – whatever that looks like in the future,” she said. “And however their careers might allow, I hope recipients will find their own way to pass it forward.”

Connie Laughinghouse and Bradshaw were recently able to meet and shared farm stories. He plans to graduate in the spring of 2024 and is eager for what’s to come.

“I’m so appreciative of this scholarship and thankful to the Laughinghouse family,” he said. “I’m ready to get into my career and see what I can do – what challenges I can overcome – next.”

The second recipient of the Laughinghouse Scholarship will be announced in the fall of 2024. Bradshaw humbly hopes he sets the bar for future awardees.

“Ever since I’ve been at NC State, I’ve been pushing myself to learn and do more because I want to do bigger things,” he said. “I hope future Laughinghouse Scholarship recipients see that and will challenge themselves as well.”