Last year some soybean fields had to be mowed down in early August because Palmer amaranth took over the fields. 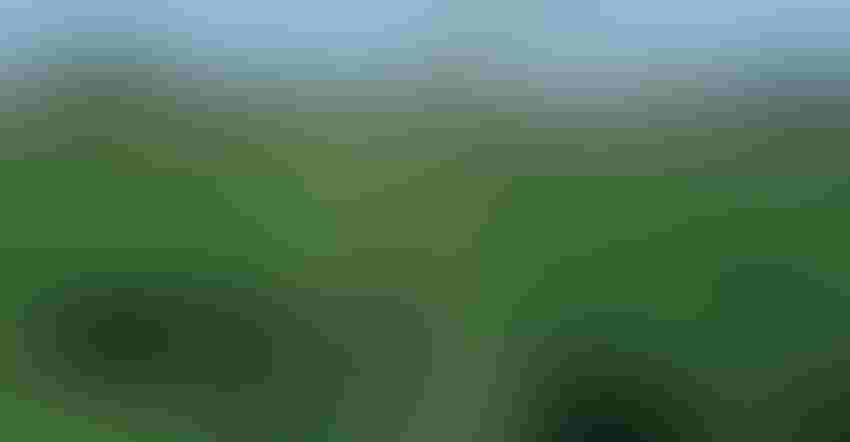 REAL THREAT: If it’s not adequately controlled, Palmer can take over a field faster than any other weed in Ohio.

More weeds, particularly varieties that can withstand some common herbicides, poked out of fields across Ohio this year.

Spurring the weeds on was the plentiful rain early in the season and a slow-growing soybean crop that usually creates a canopy over the weeds, shutting out sunlight to them. Many windy days also delayed spraying weed killers. Meanwhile, the weeds kept growing.

Two of Ohio’s more problematic weeds, Palmer amaranth and waterhemp, have become more widespread this year. They’re tricky to fight because they’ve adapted to fend off a few different herbicides that have been used to kill them.

“If you don’t have either of those weeds, don’t get them. They’ll make the rest of your farming career a lot less fun and a lot more expensive,” says Mark Loux, a weed specialist with Ohio State University Extension.

If it’s not adequately controlled, Palmer amaranth can take over a field faster than any other weed in Ohio. That’s because one plant can produce up to 1 million seeds.

In some parts of the state, people are particularly vigilant of Palmer, determined not to let it get into their fields and quick to act when it does. After Palmer amaranth was recently spotted for the first time in Knox County, northeast of Columbus, the landowner, along with his neighbors and others, came together — 26 in all — and scouted the fields, yanking out the weed as they went.

Carrying machetes or pruning clippers, they walked through damp, nearly chest-high soybean fields determined to yank out or cut down the weed. It was like an army approaching the enemy.

“It’s something everyone is kind of scared of — and should be,” says John Barker, Knox County Extension educator. “It’s a nasty weed.”

Before the slashing, they consulted Loux.

Palmer amaranth is not native to Ohio. It entered Ohio fields through manure from local livestock that were fed contaminated cottonseed products from the South, as well as through farm equipment previously used on a contaminated field. The weed is far less common in Ohio than waterhemp or other troublesome weeds, including giant ragweed and marestail, but farmers particularly loathe Palmer amaranth. The weed can grow up to 3 inches a day. And since one plant can produce so many seeds, if you don’t pluck it out in time, it will spread.

Last year some soybean fields had to be mowed down in early August because Palmer amaranth took over the fields, Loux says.

“These are weeds that if you miss your timing for fighting them, you’re done,” Loux adds.

Since it was first spotted in Ohio in 2009, Palmer amaranth has been found in 25 of Ohio’s 88 counties, according to Loux. Five years ago, Palmer was reported in only one.

More widespread in Ohio, waterhemp is probably in every county in the state, but is especially prevalent in the west-central region near the Indiana border, Loux says.

“It’s taken off in different areas, and more people have issues with it,” he says.

Since both waterhemp and Palmer amaranth have developed a resistance to pesticides that have been used on them, farmers need to alternate the weed killers they use. Both can withstand glyphosate, one of the most widely used herbicides in the United States, and ALS-inhibiting weed killers. Waterhemp is also starting to develop resistance to PPO-inhibiting herbicides.

“People find an herbicide that works, and they don’t change it,” Loux says. “That’s one of the things that we’re trying to tell them: ‘You’re going to have to rotate the herbicides you use.’ ”