&bull; Although these alternatives are effective, they do require a more intense management program utilizing fumigants, mulches and herbicide programs. 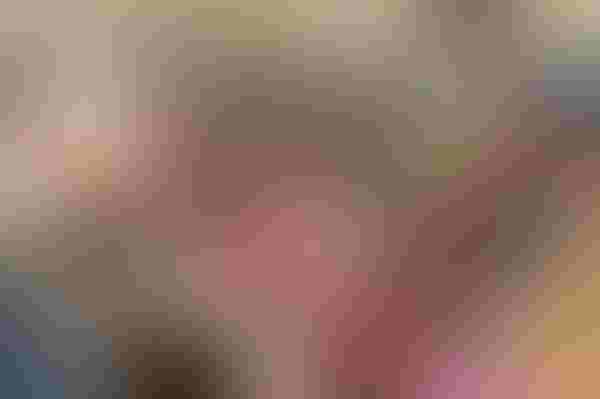 <p> <em><strong>THE SOUTHEAST REGIONAL Fruit and Vegetable Conference, held at the Savannah International Trade and Convention Center in Savannah, Ga., reported a record number of attendees this year, with an increase of more than 15 percent over 2011 attendance. </strong></em></p>

While the phase-out of methyl bromide has been challenging for many vegetable producers, researchers have been working diligently to come up with effective alternatives, and there is success to report.

“This system has proven its effectiveness when applied accurately. Ideally, this would include Vapam applied 4 inches deep and apart, chloropicrin 8 inches deep and Telone II 12 inches deep,” he says.

This system is more effective and far more consistent with spring application when compared to fall applications, says Culpepper. “Greater than 90 percent nutsedge control has been achieved in 21 of 22 spring experiments.”

Rates are provided as broadcast, he says, and application should be only in the bed. “When replacing Telone II and chloropicrin, Pic Chlor 60 at 21 gallons per acre is in order, but growers may experience slightly less nutsedge control. In this case, a herbicide program is suggested.

The Paladin Pic program includes a 79:21 mixture of dimethyl disulfide to chloropicrin and is extremely effective in controlling nutsedge as well as nematodes, says Culpepper.

“In research over the past seven years, we’ve never experienced a nutsedge control failure in this system. However, poor control of annual grasses and broadleaf weeds are to be expected. Therefore, a herbicide system is required.”

For most Georgia applications, he says, Paladin Pic at 50 gallons per acre (broadcast rate) is recommended.

“The use of a high barrier mulch as noted on the Paladin label is required. Typical fumigant equipment can be used with minor alterations — always contact the manufacturer or distributor for specifics. Paladin has a distinct odor often associated with propane, so applicators must be careful to avoid off-target odor issues.”

The WSP system is in development and will have limited availability during 2012, says Culpepper. Initial results, he says, have been “extremely promising,” using easy application methods with a typical fumigant apparatus and having only slightly higher costs than the Georgia 3-WAY system.

“However, the system is new, and growers should proceed with caution. The broadcast rate of 350 pounds per acre should be applied under a high-barrier mulch — in accordance with the Paladin label — and must be accompanied by a herbicide program.”

The product does contain an odor, says Culpepper, although preliminary research suggests the odor is not offensive to most people. Growers should contact TriEst-Ag for product availability, proper calibration and proper application procedures.

“The application procedure causing the greatest confusion in plasticulture production is the preplant application. Preplant herbicides must be applied after the final bed is made — including the laying of drip tape — and just prior to the laying of mulch.

“The laying of mulch must not disturb soil that has been sprayed with the herbicide. Row-middle herbicide systems should utilize Chateau, Dual Magnum and Sandea, following label recommendations.

Culpepper also reports that herbicide programs are in development that include a tomato system where Dual Magnum can be applied topically seven to 10 days after transplanting.

“Once labeled, this will be the best program when using Paladin Pic or the WSP system in tomatoes.

“Also, Reflex registration as a preplant application for peppers and tomatoes is expected during early 2012 in Georgia. Reflex will provide fair control of yellow nutsedge and provides excellent pigweed control.

“However, Reflex poses significant carryover risks for numerous vegetables, and growers should check the label for rotational issues.”