The guava root knot nematode is a problem because it spreads aggressively and has many crop and weed hosts. 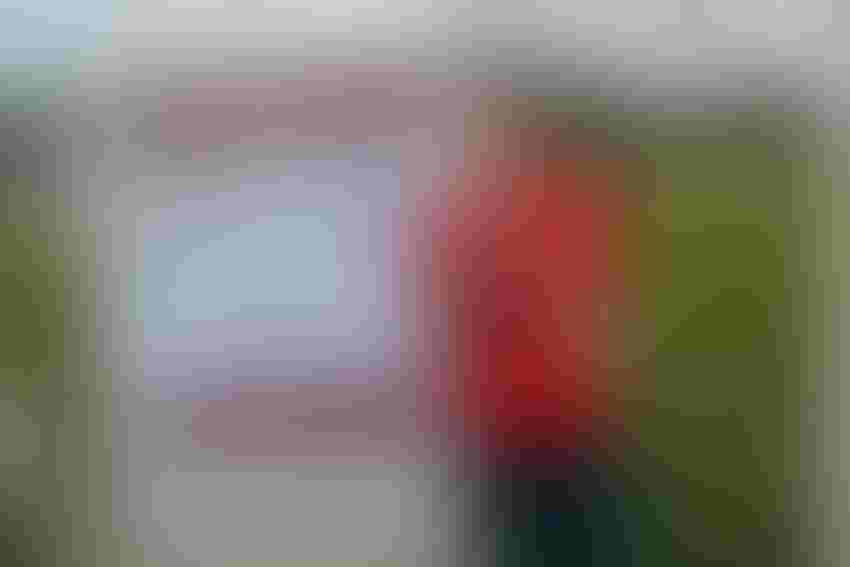 The battle against the highly invasive guava root knot nematode continues in earnest. For sweetpotatoes, developing GRKN-resistant cultivars is key.

Scientists across the country are using a multi-disciplinary, multi-state approach to find solutions to control the GRKN that causes more severe damage than any other nematode species. GRKN has become the No. 1 invasive pest for North Carolina sweetpotatoes.

The guava root knot nematode is a problem because it spreads aggressively and has many crop and weed hosts. GRKN causes abnormal root growth, creating galls on root crops such as sweetpotatoes, GRKN also infects many other crops as well, including watermelon, tomato, pepper, carrot, squash, cucumber, soybeans, cotton and tobacco.

At the North Carolina Sweetpotato Field Day Oct. 13 at the Cunningham Research Station in Kinston, Adrienne Gorny, a nematologist at North Carolina State University gave an update on GRKN research and control efforts underway at the university.

Gorny said North Carolina State’s nematode research  team is looking at both chemical nematicides and cultivar screenings to find solutions to the GRKN. The ultimate goal is to breed a sweetpotato variety that is resistant to the guava root-knot nematode.

“Last year’s data and previous years’ results show that a fumigant in combination with a non-fumigant nematicide is best in controlling this nematode in terms of reducing that population and limiting the galling damage we see on sweetpotatoes,” Gorny said.

Gorny and her colleagues are also working closely with Craig Yencho, director of the sweetpotato and potato breeding and genetics program at North Carolina State, and his team, in screening sweetpotato cultivars for GRKN resistance.

“Dr. Yencho brings new cultivars and experimental lines to me. My program puts them through the paces in the greenhouse to see and measure their potential resistance to this nematode. We are testing both named cultivars and new upcoming material,” Gorny said.

In addition, Tanner Schwarz, a Ph.D. student at North Carolina State University worked with Katie Jennings, Extension specialist for vegetable and small fruit weed science, in screening 10 common weed species in the greenhouse for their potential host status to GRKN.

“Tanner grew the weeds in the greenhouse and then inoculated them with the nematode. He waited to see if that nematode would actually feed and begin to reproduce on that weed species. This is important to know because these weeds could be serving as a reservoir so to speak for the nematode in the field. What Tanner found is that certain weed species such as morningglories, Palmer amaranth and pink purslane were actually quite good hosts to this nematode. We want to keep a special eye on those weeds in order to see how they might be interacting with this nematode,” Gorny explained.

North Carolina State is part of the multi-state Focused Investigations on the Distribution and Management of Meloidogyne  enterolobii or FINDMe that incudes researchers from Clemson University, the University of Florida, the University of Georgia, the North Carolina Department of Agriculture and Consumer Services, and the U.S. Department of Agriculture’s Agricultural Research Service. Meloidogyne enterolobii is the scientific name of guava root-knot nematode.

Another collaborative effort called SweetARMOR supports an inter-disciplinary team across the Southeast that works together to identify strategies to mitigate the effects of the GRKN and closely related Southern root-knot nematode in sweetpotato. SweetARMOR stands for “Sweetpotato Advanced Resistance and Management for RKN.”

“The GRKN remains a formidable foe, but efforts at North Carolina State University and partners in the southeastern U.S. is driving the research forward toward solutions. Research from our lab continues to show that a multi-faceted approach, including chemical nematicides, use of non-host rotational crops, weed control, sanitation, and soil sampling to monitor nematode populations, is key,” Gorny said. 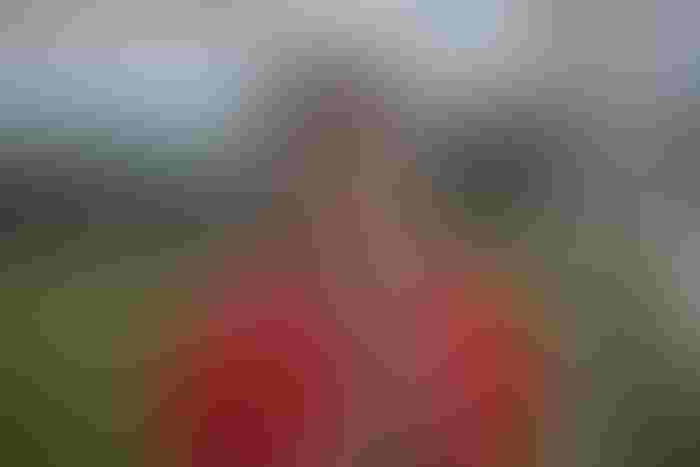 Adrienne Gorny says data shows that a fumigant in combination with a non-fumigant nematicide is best in controlling this nematode in terms of reducing that nematode population and limiting the galling damage on sweetpotatoes. (John Hart)