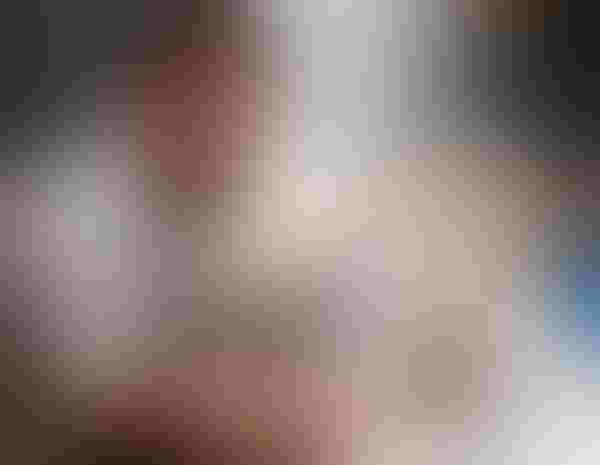 <p>Daniel Hahn, an associate professor with UF&rsquo;s Institute of Food and Agricultural Sciences, displays the type of flies sterilized under a low-oxygen environment. Doing so results in sterile flies who remain attractive suitors for mates than their counterparts sterilized in normal-oxygen conditions.</p>

Irradiated, sterile flies dropped over seaports and agricultural areas to mate with unsuspecting females save food crops and millions of dollars in prevented infestations and the ensuing eradication efforts.

But blasting these secret-suitor insects with radiation via electron beams, X-rays or gamma-rays, tends to make them weaker than typical males and not so appealing to females as possible mates.

Hahn, an associate professor with UF’s Institute of Food and Agricultural Sciences, and his former postdoctoral associate, Giancarlo López-Martínez, now an assistant professor at New Mexico State University, say that sterilizing insects in a low-oxygen environment helps create suitors who more closely resemble the suave Clooney than do those sterilized in a normal-oxygen environment.

“Our males (insects) are not only more sexually competitive, they are maintaining their sexual competitiveness and their virility, into old age,” Hahn said, “and that has the potential to make them much better biological control agents.”

The sterile insect technique, or SIT, has been used for decades and is considered a much preferable alternative to spraying pesticides over urban or suburban areas near major ports. In this biological control method, large numbers of sterile, male insects are released to compete with wild males for the attention of invasive wild females.

A female duped into accepting a sterile male would then find herself without offspring, thus trimming the population and its threat to the state’s important agricultural crops. The technique has been used effectively against the Mediterranean fruit fly, called the Medfly, and the cattle-infesting screw-worm fly, among others.

Florida spends roughly $6 million a year using SIT to prevent Mediterranean fruit fly infestations, while California spends about $17 million a year. Because of the inherent dangers in importing even one Mediterranean fruit fly into the state, in their recent studies, López-Martínez and Hahn investigated the physiological effects of applying low-oxygen treatments prior to and during irradiation sterilization on two other plant pests: the Caribbean fruit fly and the invasive cactus moth.

The “low-oxygen effect” has been known for decades, but the physiological basis for it had never been rigorously tested or analyzed, Hahn said. They suspected, and found, that under the low-oxygen conditions, the insects’ cells would produce antioxidants that can help better protect them from the off-target radiation damage.

Some operations that rear and sterilize insects, such as one in Guatemala that produces many of the sterile medflies dropped over Florida’s major ports roughly every seven days, do employ low-oxygen conditions, called hypoxia or anoxia. But many others don’t, he said, including those who rear and sterilize the cactus moth.

The researchers found using a low-oxygen environment during sterilization boosted the sterile males’ longevity as well as their ability to attract and successfully mate. They found that the positive effects of low-oxygen treatments even extended into their ‘old age’ – in the insects’ case, about 30 days under cushy laboratory conditions.

Treatments that both improve the sexual performance of sterile males and maintain high performance longer in older males can substantially increase the effectiveness and decrease the economic costs of SIT programs, Hahn said.

Read more about this research.