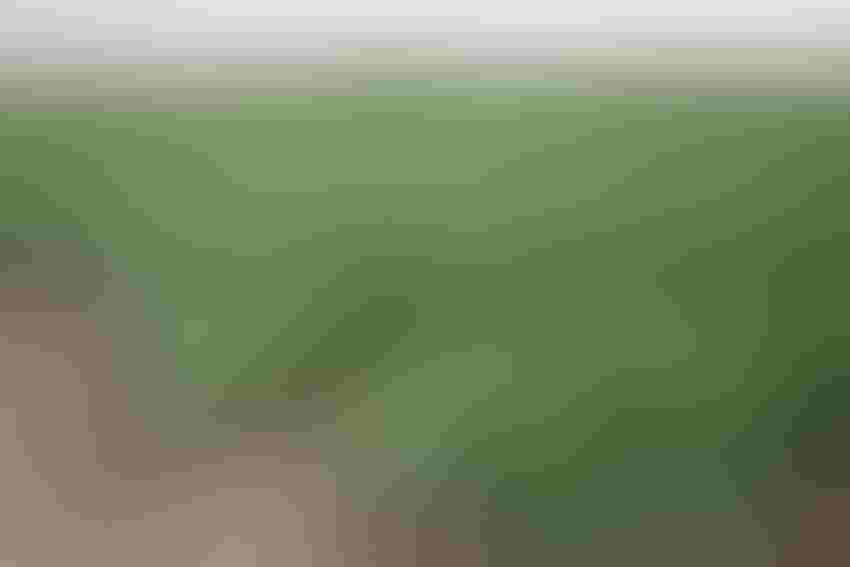 If Texans suddenly began consuming recommended amounts of fruits and vegetables, there wouldn’t be enough produce to go around. That’s the conclusion of a Texas A&M AgriLife Extension Service expert who said the state has started looking into how to close that potential gap.

“Even if people wanted to comply with recommended consumption of fruits and vegetables, there’s just not enough,” said Dr. Luis Ribera, an AgriLife Extension agricultural economist in College Station.

“AgriLife’s Healthy South Texas and other health-related programs are now pushing recommendations of dietary guidelines to reduce the consumption of fats and oils, fatty meats, and enriched grains in favor of whole grains, and the increase of fruits and vegetables,” he said.

To help meet the demand for more produce as those health programs succeed, Texas A&M AgriLife Research and AgriLife Extension have begun efforts to rejuvenate the South Texas industry with the recent dedication of their new Texas A&M Rio Grande Valley Vegetable and Education Building in Weslaco, Ribera said.

“The idea is to be competitive with both domestic and overseas producers in the production of fruits and vegetables,” he said. “While South Texas probably won’t be able to produce all the needed fruits and vegetables – the area can’t produce bananas commercially, for example – it will help close the gap.”

And it’s not just health-related programs that are driving up the demand for fruits and vegetables. Studies show that consumption is on the rise as the population increases, Ribera said.

“It’s very simple: We’ll have to either produce more or import more,” he said.

Ribera noted that Mexican imports of fruits and vegetables have already increased dramatically recently, especially via trucks through Texas land ports of entry. More imports are also now coming in from Central and South America and other countries overseas.

“These increased imports are not a bad thing,” he said. “They satisfy a year-round demand when Texas and other domestic produce is not in season. We need imports. In the past, if consumers wanted to buy oranges, for example, they’d have to wait until Texas citrus was harvested in the fall and winter. Now we get citrus year round from other countries.”

California and Florida, however, can’t be counted on to fill any additional demand.

“California has been suffering a major drought and a devastating lack of water,” he said. “As a result, the price of available water there has increased dramatically, from about $140 per acre-foot of water in recent years to about $1,100 per acre-foot. And Florida’s production of fruits and vegetables has flattened out.”

To lessen dependence on other states and countries, Ribera said AgriLife Research and AgriLife Extension have increased their commitment to increase production of fruits and vegetables in Texas.

“The Rio Grande Valley and the Winter Garden area near San Antonio are more favorable areas for production than California, for example, because of lower regulatory and environmental costs, as well as lower water costs.”

Even with a steady population growth in South Texas, there is considerable available irrigated farmland there that can be put into production, Ribera said.

“With improved cropping systems, which include improved yields using improved varieties of fruits and vegetables with disease and pest resistance, South Texas could help meet the demands,” he said.

As part of their commitment, officials at AgriLife’s Rio Grande Valley Vegetable and Education Building in Weslaco have already begun the process of assembling a team of breeders, plant pathologists, entomologists and other professionals.

“We have to figure it out because if the demand is there, the supply will come,” he said. “AgriLife’s efforts include reaching out to growers to get them on board because the South Texas produce industry has every potential of thriving again.”