Milliron advocated proportionate irrigation to accompany any seasonal rainfall with constant monitoring of soil moisture throughout the winter season. 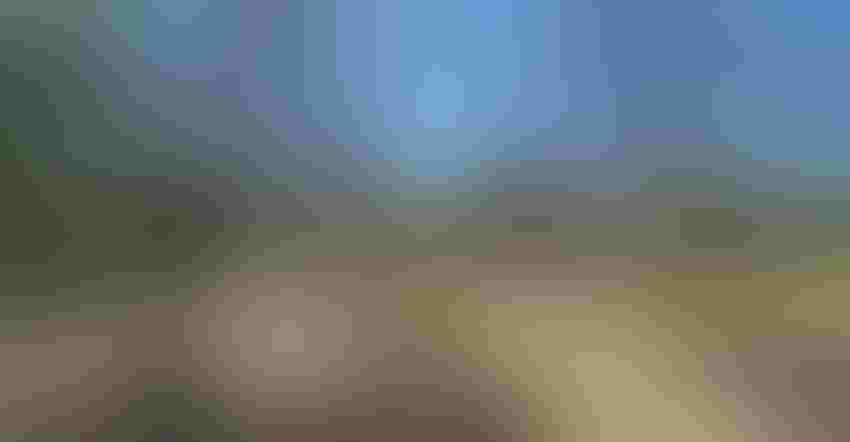 If an orchard is fully dormant and a freeze is coming, it might be wise to irrigate the soil.Luke Milliron/UCCE

When he came on board five years ago as a University of California Cooperative Extension Farm Advisor for Butte, Glenn, and Tehama counties, Luke Milliron expressed specific interest in tree water stress and irrigation research.

Toward that end, he scheduled a Walnut Freeze Webinar Panel last month to help growers avoid some of the problems that arose during surprise freezes in 2018, 2019, and 2020.

“When I scheduled the webinar, there was no awareness we would be visited by an atmospheric river of rain which dampened a lot of concern about a sudden fall/winter frost,” he explained.  “Hopefully this year we’ll sail through the season without impact although the last three years have taught us that we have to be cognizant 365 days a year about what could be just around the corner.  We’ve got to be ready for anything when it comes to really wild weather surprises.”

Moderating a panel of seven regional farm advisors, Milliron advocated proportionate irrigation to accompany any seasonal rainfall with constant monitoring of soil moisture throughout the winter season.  “We ended up with unexpected atmospheric river water deposits that irrigated the top foot of soil and helped radiate warmth into the tree canopies.

“By early December, we’re hoping that walnut trees have reached full dormancy, that they’ve had a number of days either just above or just below 32 degrees that will acclimate the trees and make them frost hardy, suffering little or no damage during sustained below-freezing periods (although there’s always a chance of that rare exception, a winter kill of incredibly cold temperatures).”

‘Be safe and irrigate’

The farm advisor to growers of walnuts, almonds, pistachios, and pecans added: “My one piece of advice is if trees are fully dormant, if you see a freeze coming two or three days ahead of time and the orchard floor is dry — if there’s a dry crust on top — particularly that initial foot of soil moisture, be safe and irrigate so the soil can store up heat from daytime sun and radiate it back at night to warm the canopy.”

Because of changing climate conditions, the validity of long-term weather warnings has suffered a bit.  “I don’t look at long-range weather forecasts anymore.  I typically only trust forecasts of a single week to be accurate,” he says.

And what was today, probably won’t be tomorrow.  “We’ve got good soil moisture at the moment, but it remains to be determined what that will be throughout the winter.  There’s probably going to be long patches of no rain and that’s why growers need to not be asleep at the wheel, but be thinking about soil moisture both from a drought and a freeze perspective —is your entire root zone really filled?  Unless you have soil moisture sensors, the only real way to answer that question is with an auger, actually going into the orchard and letting the ground tell you the truth before making irrigation decisions from both drought and freeze perspectives.”

Assuming — and the truly wise never “assume” — that this winter won’t follow suit based on the last three winters, are there standard precautions to be taken in advance of any spring frost surprises?

“Irrigation, irrigation, irrigation is the answer,” says Milliron, citing research by fellow farm advisor Janine Hasey in Sutter/Yuban/Calusa counties where March and April frosts have rolled in unexpectedly.  “Those surprises have really damaged a number of orchards in small nutlets, especially the later varieties like the main one, Chandler.”

Lake County, a higher growing area at 1,400 feet elevation, experiences more freezing because of a high percentage of dryland orchards.  “Our late spring frost pattern often starts two to four weeks after other areas and because of our growing methods, we get what we get.  Irrigation makes all the difference and we got lucky this year because of the rain,” said advisor Rachel Elkins.

And if damage occurs?  “Wait to remove frost-damaged leaves until new growth has emerged.  Both delay and reduce fertilizer applications where cold damage is evident.  And don’t over-irrigate,” Milliron advises.