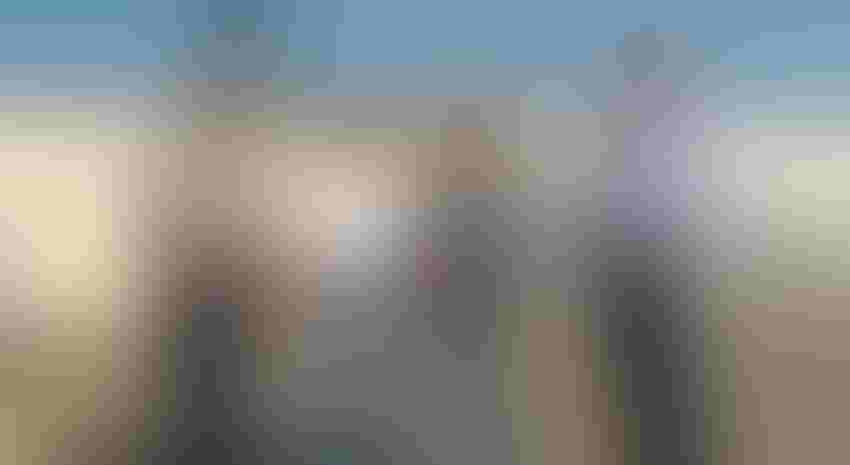 With billion-pound almond crops come million-dollar growing pains for an industry forecasted to crack another milestone this year.

Last summer's U.S. Department of Agriculture prediction that the California almond industry would harvest 3 billion pounds in the 2020/21 season means that processing capacity cannot remain static. Industry leaders know this as they watch new trees being planted in tighter row and tree spacings and hear the Almond Board of California continually predict of ever-increasing production numbers.

RPAC Almonds near Los Banos, Calif. already had this in mind with its multi-million-dollar expansion that, when complete, will increase packing capacity to 100 million pounds of kernel weight. Paul Parreira, co-owner of Parreira Almond Processing, expects to reach 70 million pounds of processing with the current crop.

"We'll fill that in the next couple of years," Parreira said of the 100-million-pound capacity. "Then we'll live with that for a while."

Related:Specialist brings pest, weed expertise to the Almond Board

The Parreira family is a multi-generational farming business located in the heart of California's fertile San Joaquin Valley. Brothers Paul and David Parreira are a third generation of Parreira family to grow and process almonds in the Central Valley. Together with other family members and partners who have joined the family business over the years, what later became RPAC Almond Company.

What started under the Parreira name later became Ryan Parreira Almond Company, RPAC for short, after Ned Ryan, a global ambassador of almonds, joined the company. Ryan came aboard after the Parreira family had already created one of the state's first almond hulling and shelling companies. The RPAC name has stayed with the family to this day, even after Ryan's retirement.

Largely a family-owned company, RPAC includes several business partners, including Managing Partner Dennis Soares, and Paul Ewing, who oversees sales and grower relations. Soares joined with the company under Ryan's leadership after moving to almonds from the cotton industry. Ewing came aboard first as an intern while attending school at Cal Poly San Luis Obispo where he earned his degree in agribusiness and international management. He is now a partner in the large operation.

Today a fourth generation of Parreira, Paul Jr., also works at the company. He manages the hulling and shelling operations that his uncle David managed shortly after Louis and Barbara Parreira founded Parreira Almond Processing Company with sons David and Paul in the 1970s.

Paul says his father still farms the family's original 70-acre plot about three miles from the existing plant. "Our parents still live on that ranch," he said. "That's dad's pride and joy."

The latest expansion is just one of many over the years that Paul says was necessary for the family business to keep up with a growing industry.

"We were partners with Ned the first year the industry did one million pounds," Parreira said. Since then RPAC has kept pace with industry growth by expanding its operations, which focuses on inshell and whole, natural kernels for world markets.

Ewing's role is to market and sell the crop family members, partners and the growers who ship there produce. What he learned during his internship under the leadership of Ryan and Soares helped him transition to the fulltime role with the company, and other roles as Ewing was recently elected to a position on the board with the Almond Board of California, a federal marketing order charged with promoting California almonds around the globe.

Parreira says he continues to look for different opportunities to add value to the co-products that come from growing almonds. Rather than call them "byproducts," which suggests a useless waste material, the hulls and shells that make up the entire nut each have their place. Through research funded by the Almond Board, and opportunities learned, Parreira is pushing to find new markets for everything generated through the production of almonds.

"Nothing goes to waste around here," he said.

Outside of the regular markets for hulls and shells, Parreira is involved with a company that rears black soldier fly larvae for animal feed. The larvae are said to "devour" almond hulls. While the larvae will consume many forms of waste, including municipal and yard waste, the Almond Board of California says larvae used for animal feed are subject to stricter rules because of their connection to food used for consumers.

Paul Parreira is on the Almond Board committee that oversees biomass and co-products.