For most pistachio growers, drought tops the lists of concerns this season. &ldquo;It&rsquo;s the most serious threat ever to California&rsquo;s tree nut industry in terms of both quantity and quality of water for irrigation,&rdquo; Fanucchi says. &ldquo;It&rsquo;s all about maximizing every drop of water.&rdquo; 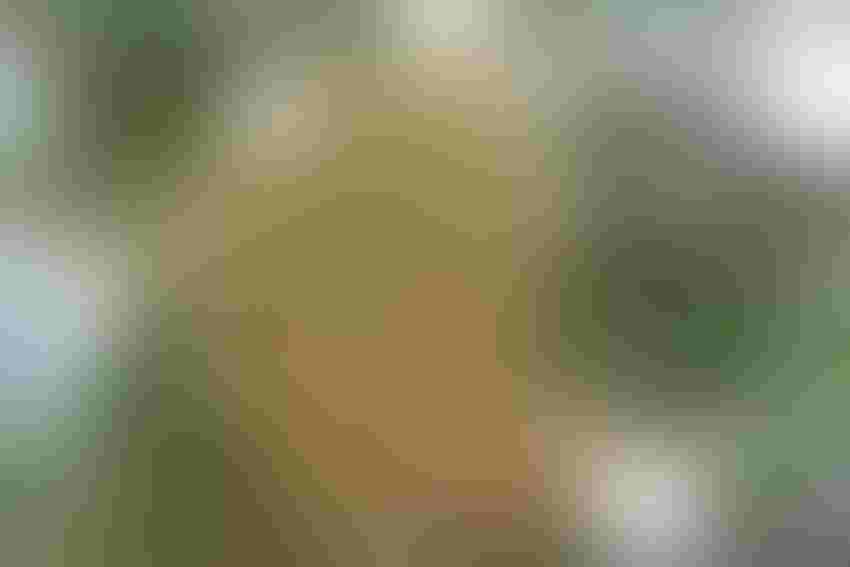 By the third week of May California pistachio growers were breathing a little easier than in early April. That’s when the bloom ended, a period when, this year, the female trees flowered before the males. Growers were concerned that this poor synchrony, possibly the result of insufficient chilling hours to release the trees properly from dormancy, reduced pollination success.

“This year’s crop actually looks pretty darn respectable just about everywhere,” says the veteran pistachio grower, based on his observation and reports from other growers throughout the state. “Some guys, who normally harvest around 3,500 pounds per acre, think they may get just 2,000 to 2,500 pounds this season. While not huge by their standards, that lower production would still be fairly decent. But, I saw some trees in lower areas today (May 19) that looked really good.

“The 2014 pistachio crop is likely to come in bigger than last year’s surprisingly small crop. Still, it’s early, and we won’t know for sure how many nuts were actually pollinated until they begin filling around June 20th. But, at this point, I feel pretty  good about the crop. It’s certainly not the disaster we feared earlier in the season.”

Except in the northern Sacramento Valley, where recent wet weather has prompted pistachio growers to step up fungicide applications, dry spring weather has kept the disease threat low, Fanucchi notes.

Drought is also helping to keep insect pest pressure down, he adds.

“One PCA saw his first leaffooted plant bug of the season only recently,” Fanucchi says. “Usually, we start seeing them from bloom on. But, it’s been so dry that the foothills have been bare of the grass that provides habitat for the bugs.”

He’s discounting the immediate impact of the high number of over-wintering navel orangeworm moths caught in this year’s first round of trapping, since there are no nuts for them to feed on. As he points out, traps counts taken once the nuts start splitting around mid-July will provide a much better indication of the severity of any NOW threat to the 2014 crop.

For most pistachio growers, drought tops the lists of concerns this season. “It’s the most serious threat ever to California’s tree nut industry in terms of both quantity and quality of water for irrigation,” Fanucchi says. “It’s all about maximizing every drop of water.”

The situation is particularly dire for growers with no access to well water in districts where deliveries of surface have been stopped this season. Meanwhile, growers with wells are pumping from declining groundwater supplies due to continued overdrafting in the last several years.

“A lot of wells are being pumped into canals and water districts are moving water around to help each other out as much as they can,” Fanucchi says. “But, it’s a very tight situation. Some growers are paying extremely high prices for water. But they have no choice, if they want to keep pistachios and other permanent crops alive.”

He predicts some growers, even with careful rationing, will run out of water before the end of this season. Others will probably squeak by. And, some have already diverted water from almonds and pomegranates to their pistachio orchards.

“In spite of all this, new pistachio plantings are going on with a vengeance,” Fanucchi says.

High prices for pistachios are easing some of the drought-related pain. The strong market for pistachios is also contributing to a rise in land prices, he notes.

“I’ve heard of asking prices for first-class land with groundwater and surface water ranging from about $18,000 to $22,000 an acre,” Fanucchi says.