Yield appears robust despite an “off” year for the alternate-bearing trees. 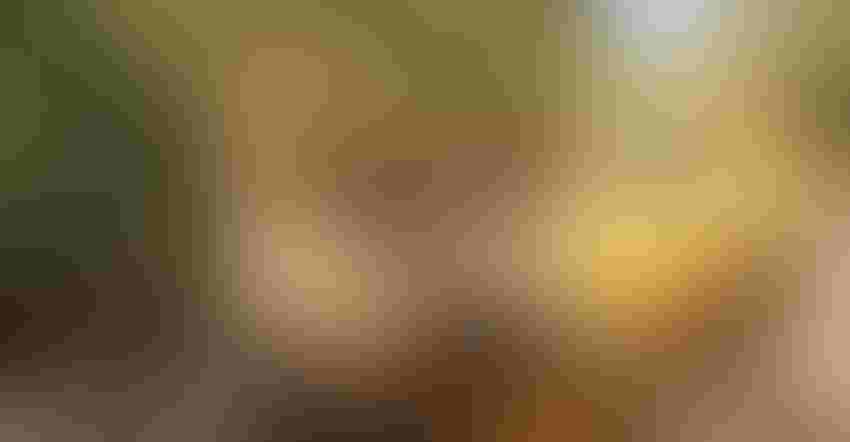 Pistachio production was robust this fall despite it being an “off” year for the alternate-bearing nuts.Todd Fitchette

The annual harvest hubbub is subsiding, a culmination of a year’s worth of hard work by growers who cared for their trees and protected their crop as it matured.

“The California pistachio industry — a member of the cashew family — has perfected the harvesting process,” according to the folks at Keenan Farms in Avenal, one of the largest pistachio processors in the U.S.  “Trees are planted and spaced for ease of access by mechanical harvesting machines that grasp the trunk and gently shake nuts into a catch frame, then on to bins headed for the processing plant.”

How smooth did harvest go this year and how will the final numbers weigh in?

According to the California Farm Bureau, early expectations were in the range, either “at” or “exceeding” 1 billion pounds, which would be slightly under the 2020 record of 1.05 billion pounds.  Because pistachios are alternate bearing, fluctuating between a heavy “on” year and a lighter yield in the “off” year, this year is projected as an “off” year.

“It looks like close to — if not possibly exceeding — a billion pounds again this year,” said American Pistachio Growers President Richard Matoian.  “And what that means for next year is the expectation of another ‘on’ year with harvest well above a billion pounds.”

In a CFB report this fall by Christine Souza, Madera-based farmer Erik Herman is quoted as saying his Golden Hills variety produced well this year.  “Golden Hills had huge yields,” he said, a positive for him as his Kerman variety was in an ‘off’ year with blanking and closed shells.  “This year’s crop is clean and of good quality despite smaller sized nuts,” Herman said.

And the future remains bright despite worries about water, labor, shipping and a host of other potential setbacks.  “Because pistachios are drought-tolerant, farmers are planting more of those trees,” said Matoian.  “A 2020 study showed more than 485,000 bearing and non-bearing acres of pistachios,” making California the dominant force in American pistachio production with 99 percent of the nation’s supply.

“By 2024, the pistachio crop is expected to reach half a million bearing acres with yield increasing to 1.4 billion pounds,” he added.

Those numbers would be in line with earlier predictions, like one from the American Pistachio Growers estimating that kind of yield somewhere in the 2024 to 2026 time frame.

Agricultural economist Edmond Missiaen projected annual California pistachio production from 2019-2026 based on new tree plantings and normal weather conditions, although he did not factor in major interruptions to water supply.  In formulating his prediction, he estimated production, acreage, and yield for all bearing trees in their 6th year or older when pistachio trees usually produce their first saleable crop.

“Only time will tell whether the production estimates are fully realized, but there is no discounting the fact that California’s pistachio industry continues to grow after gaining a foothold as a promising agricultural crop in the mid-1970s,” said APG marketing executive Judy Hirigoyen.

“As the meteoric rise of U.S. pistachio production continues in California (with the remainder of production in Arizona and New Mexico), it will require a focus on marketing future large crops to keep our industry profitable.”

And, said Matoian, “In our view, producers of American-grown pistachios are well-positioned to take advantage of the larger harvests coming in the future.”