Researchers are rolling out a new nut, a variety of almond not reliant on bees or nearby almond trees for pollination. 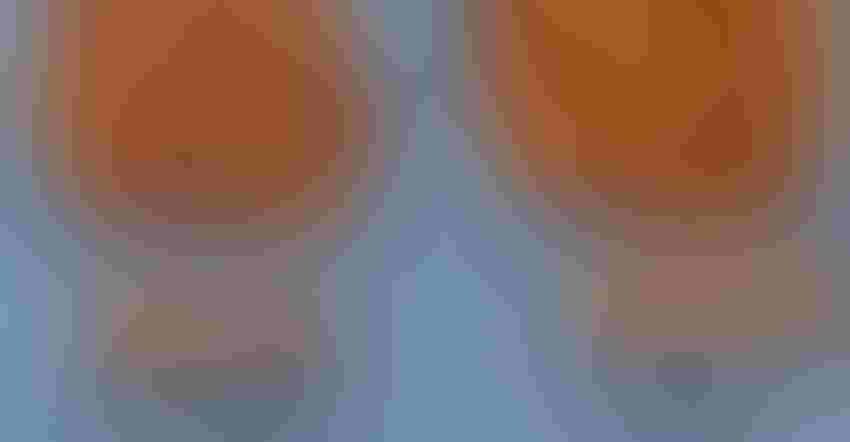 As 2021 rolls to an end, researchers are rolling out a new nut, a variety of almond not reliant on bees or nearby almond trees for pollination.  Decades-long experimentation at the USDA Agricultural Research Service in Parlier, Calif., resulted in the arrival of the Yorizane variety.

ARS research geneticist Craig Ledbetter calls it a blending of the reliable Spanish self-pollinating Tuono with the ever-popular Nonpareil, the most planted almond tree since it was first introduced in the 1880s.

By itself, Tuono never achieved a level of popularity despite its self-pollinating abilities because of a hairy-like surface of the outside seed coat.  “It turns off U.S. almond consumers who like the smoother texture of the Nonpareil.

“Another thing you notice about Yorizane almonds is, once roasted, they have the most audible crunch.”

There are lots of positives here, especially the fact that nurseries have been reproducing Yorizane trees to make them ready for orchard planting beginning this year. "We've been able to provide budwood to six interested nurseries to develop mother trees for propagation," he said.  One nursery is already calling the variety, “striking in color…with incredible potential for the almond industry.”

Additionally, small numbers of Yorizane budwood are being made available through Foundation Plant Services for further research and breeding purposes.

The new nut is the offspring of a self-pollinating almond breeding program at the ARS lab, on-going since the mid-1990s during a scare about decimated honeybee populations.  “Yorizane is the first thing that’s come out of the almond breeding effort for me, Ledbetter said.

In 2019, the Almond Board of California tested more than 60 varieties from around the world for both characteristics and consumer attributes including such things as bloom and harvest dates, yield, ease of harvest and cracking along with shape, texture, aroma, color, and taste.  Yorizane consistently scored near the top in nearly every category and ended up being one of the best-rated varieties.

“While self-fertility was always the first priority, I also wanted an almond that would differ from the original European parent in other ways because the Tuono has more shell than typical California almonds, meaning less valuable kernel weight per pound than American growers expect.  The taste and feel of the nut was too different and I was after a new variety that could fit into the existing market based on shell type (to avoid pest breeching), kernel quality, and yield.”

The journal HortScience published the research paper with details of regional variety trials and labeled it an almond of different size and shape than the dominant Nonpareil, one that “fits into the broader California class.”

They further noted that Yorizane, one of 131 siblings field-planted for further investigation, “was among many seedlings having fruit-set after self-pollination” and was selected for further evaluation because of its “attractive kernel characteristics and apparent heavy yield.”

Ledbetter’s research showed Yorizane kernels to have slightly more mass and be slightly longer/wider than Nonpareil.  “Yorizane kernels are easy to remove from shell and crackout averages 67% across harvest with the percentage of whole, undamaged kernels shelled from non-hulled field-dried nuts significantly greater for Yorizane than for Nonpareil.”